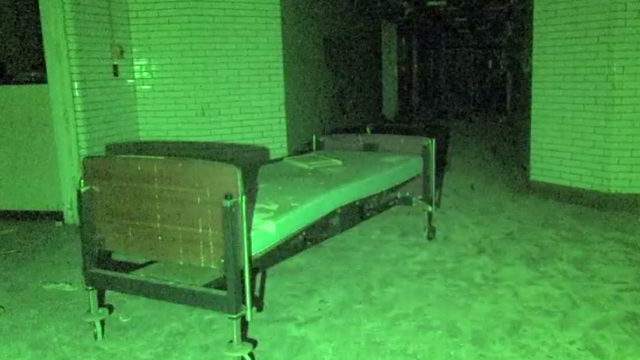 Facebook
Twitter
Google+
Pinterest
WhatsApp
This article is a guest blog from the founders of Detroit Paranormal Expeditions (DPX), Jeff Adkins and Todd Bonner. DPX researches and investigates reportedly haunted locations to help explain the causes of the phenomena experienced there. DPX has appeared on Travel Channel’s Paranormal Survivor, Haunted Case Files, Paranormal 9-1-1, Most Terrifying Places, Paranormal Caught on Camera and Destination FEAR, as well as on Local 4.

DETROIT – It’s October, one of our favorite times of the year!

When Todd and I started Detroit Paranormal Expeditions in 2016, we had no idea where this new journey would lead us.

The things we’ve seen, heard and felt has left us speechless at times. While we have had many experiences over the past three years, we want to share a few that have really stuck with us.

Here’s a look at our top five scariest experiences.

While investigating on the first floor of Eloise Psychiatric Hospital, DPX psychic medium Brandy Marie, investigator Joseph Warner and guest investigator Angel Kay were conducting a spirit box session. The energy in the room began to feel heavy to everyone present, and Brandy began to sense a strong, negative male entity standing along the wall behind Joe and Angel.

Brandy turned to Angel to move away from the energy, but at that very moment, something bizarre happens to her left sleeve.