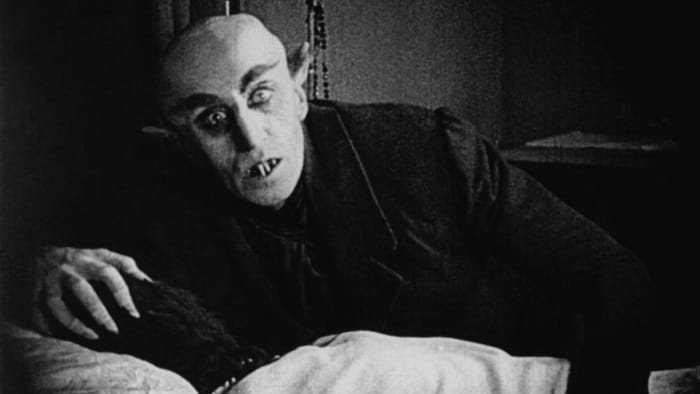 How do you make a horror tale scarier? Just say it’s “based on a true story.” That’s a technique book publishers and movie producers have been using for decades, whether or not the supposedly “true story” adds up.

Some movies are inspired by what might be called “real hoaxes”—made-up stories that people have believed. Others draw inspiration from unexplained behavior or folklore. Read about how the story of a troubled teen inspired a movie about demon possession, how a series of hoaxes launched a major movie franchise and how centuries-old folklore about disease gave way to a classic Hollywood villain.

The 1922 German film Nosferatu: A Symphony of Horror is basically an unauthorized knock-off of Bram Stoker’s 1897 novel Dracula. The filmmakers couldn’t get permission from the late Stoker’s estate to adapt the book, so they made certain changes. Instead of Count Dracula, the main villain is Count Orlok.

Copyright drama aside, stories of undead beings feeding off the living have been around a lot longer than Stoker’s novel. The modern idea of vampires likely evolved from old European folk beliefs. Before people understood how diseases spread, vampirism may have been a way to explain deaths from the plague, tuberculosis and other unseen maladies that ravaged communities. Different regions had different ways of stopping vampires. In Romania, one remedy was to cut out the heart of a suspected vampire (i.e., a cadaver) and burn it to ashes.

Some have speculated Stoker’s Dracula was based on Vlad the Impaler, aka Vlad III Dracula, a 15th-century ruler of Wallachia in Romania. In Stoker’s research notes for Dracula, he recorded that “dracula” means “devil” in the Wallachian language. However, scholars suspect he appropriated the name without knowing very much about Vlad. In any case, there was already a lot of vampire fiction by then: Lord Byron’s epic poem The Giaour (1813), the penny dreadful Varney the Vampire (1847) and the lesbian vampire novel Carmilla (1872), to name a few.

In August 1949, The Washington Post ran at least two stories about a 14-year-old boy’s exorcism in Maryland. In one, the newspaper reported, “the boy broke into a violent tantrum of screaming, cursing and voicing of Latin phrases—a language he had never studied.” The story inspired author William Peter Blatty’s 1971 novel The Exorcist, the basis for the 1973 film in which a young Linda Blair projectile-vomits pea soup.

In reality, the boy who inspired Blair’s character was probably troubled, not possessed. A Marylander named Mark Opsasnick who didn’t buy the story investigated it and published his findings in Strange Magazine in 1999. Opsasnick identified the boy in the story and interviewed people who’d known him (though he did not release the boy’s name), and concluded the boy likely had psychological problems and was mimicking the priest’s Latin.

In an interview with The Washington Post in 1999, Opsasnick acknowledged that although he was fascinated by his discovery, few other people would probably care. And indeed, when the Post reached out to a man who lived next door to the house where the exorcism had supposedly taken place, he replied, “I don’t really care about that.”

On November 13, 1974, 23-year-old Ronald “Butch” DeFeo Jr. murdered his entire family in their sleep. One year later, the Lutz family purchased the house in Amityville, New York where the horror took place.

Parents George and Kathy Lutz then claimed they experienced shocking paranormal phenomena in the house: green slime oozing from the walls, a creature with red eyes and multiple family members levitating in their beds. The claims appeared in Jay Anson’s 1977 book The Amityville Horror, which inspired the 1979 movie of the same title, which inspired many more movies.

Butch DeFeo’s lawyer later admitted that he, George and Kathy had “created this horror story over many bottles of wine.” Even so, the tale raised the profile of Ed and Lorriane Warren, a couple who got involved with the Amityville story and helped promote it.

“They set themselves up as psychics and clairvoyants who investigate ghosts and hauntings,” says Benjamin Radford, deputy editor of Skeptical Inquirer magazine. “They would hear about stories either in the news or just sort of through the grapevine, and they would sort of introduce themselves into the story.” But more on them later.

In 1985, a white American graduate student named Wade Davis published a book with an extremely long title: The Serpent and the Rainbow: A Harvard Scientist’s Astonishing Journey into the Secret Societies of Haitian Voodoo, Zombies, and Magic.

In it, Davis claimed he’d discovered that secret Haitian societies used tetrodotoxin, a toxin found in puffer fish, to trick people into thinking they’d died and come back to life as zombies from Haitian folklore. Many other scientists denounced Davis’ claim as bunk, including tetrodotoxin expert C.Y. Kao, who called it “a carefully planned, premeditated case of scientific fraud.”

The story grabbed the attention of horror filmmaker Wes Craven, who adapted the book into the 1988 film The Serpent and the Rainbow starring Bill Pullman as a Harvard researcher based on Davis. Writing in a 1989 issue of Latin American Anthropology Review, anthropologist Robert Lawless seemed to consider this fitting, since the book already read “like the first draft for a Hollywood movie with Davis himself as an Indiana-Jones-type hero.”

The Haunting in Connecticut (2009)

Remember Ed and Lorraine Warren, the ghost hunters from Amityville? A decade after Amityville, they became involved with the Snedeker family. Parents Allen and Carmen Snedeker claimed they’d experienced paranormal phenomena at the Connecticut house they rented in 1986. Most shockingly, both parents claimed demons had raped them.

“Part of the modus operandi of the Warrens was to solicit help in publicizing these stories,” Radford explains. The Warrens hired a horror novelist named Ray Garton to write a book about the Snedekers’ haunting, but Garton soon “realized that a lot of the information wasn’t making sense,” Radford says.

Garton objected to his publisher’s decision to sell the 1992 book In a Dark Place: The Story of a True Haunting as non-fiction, and admitted the story wasn’t true. In 2009, a movie inspired by the Snedeker case called The Haunting in Connecticut came out. “I suspect the movie will begin with the words: ‘Based on a true story,’” Garton told Horror Bound magazine at the time. “Be warned: Just about anything that begins with any variation of this phrase is trying a little too hard to convince you of something that probably isn’t true.”

Ed and Lorriane Warren promoted so many hauntings during their decades-long careers that they became horror movie characters themselves. Actors Patrick Wilson and Vera Farmiga have portrayed the couple in The Conjuring (2013), The Conjuring 2 (2016), The Nun (2018) and Annabelle Comes Home (2019), and will appear again in The Conjuring 3 (2020).

The first Conjuring movie is about the Perron family, who claimed in the early 1970s that spirits were haunting their Rhode Island house. The film also references a previous Warren case about a supposedly haunted doll, which inspired the spin-off movies Annabelle (2014), Annabelle: Creation (2017) and Annabelle Comes Home. The second Conjuring opens with the Amityville haunting, then moves on to the Warrens’ involvement with the Enfield poltergeist outside London in the late ‘70s. This sequel also features a demon nun inspired by a spirit Lorraine claimed had haunted her home (this led to the spin-off The Nun).

“It’s not a bunch of fairy tales,” Ed Warren told Connecticut Magazine in the early 1970s. “Everyone has experienced one form of supernatural activity or another.”

The Conjuring 3 will likely focus on a 1981 manslaughter trial in which the defendant Arne Cheyenne Johnson claimed he was innocent because he was possessed by the devil at the time of the crime. The Warrens testified in Johnson’s defense, but the jury didn’t buy it, and returned a guilty verdict. 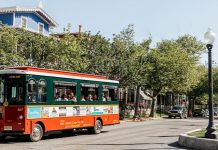 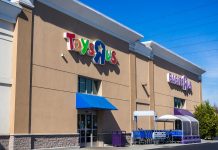