The Rendlesham Forest incident is probably the most famous UFO encounter to ever take place in Britain. Now an alleged witness has claimed that he was also in the forest on the same night, took pictures of the UFO and has been sitting on them for 40 years and has now decided to share them.  The following article is taken from The Sun

THESE spooky black and white photos allegedly show the UFO at the centre of Britain’s biggest ever case for the first time.

They were supposedly taken in Rendlesham Forest in Suffolk by a poacher who claims he saw the same UFO being hunted by a military team from a nearby US airbase.

The alleged witness claims he was 200ft away from Colonel Charles Halt, deputy base commander of RAF Bentwaters, and his men, when he spotted the glowing orb – in an unsolved case often dubbed the British Roswell after the infamous US UFO crash.

He said: “When I was younger, I was a poacher. I lived very close to Rendlesham Forest and frequently went poaching there. So back in 1980, 28 December, I was in the forest poaching.

“Now bear this in mind, before this encounter I saw and heard a lot of strange things in that forest. I could tell you stories that would bend your bones, so every time I went poaching, I always took my camera always hoping to capture some evidence.”

Two airmen, Staff Sgt Jim Penniston and Airman John Burroughs, claim they got so close to a triangular craft they actually touched it.

Colonel Halt then led a military team into the forest to investigate the sightings.

They also saw strange lights and a red orb with a black centre “winking” back at them and claimed a UFO fired a beam of light near their feet.

Halt later wrote a memo to the MOD describing the freakish incident but it was filed away by defence chiefs.

The poacher said: “I saw a basketball sized red orb, it had a black centre like a pupil and looked just like an eye winking at you, just like Halt explained it

“It was zig zagging between the trees, strange, freaked me out, weird, proper not right, I saw it before Halt.

“It passed me first. Halt and his team were about 200 meters away, I could hear all the noise. Later I saw another UFO – it was firing beams of light down to the ground, definitely looking for something, God knows what.

“I tell you, what I witnessed was simply incredible, definitely extra-terrestrial. No two ways about it.

“You can read books and watch TV shows about it, but I’m telling you, you had to be there to really understand and appreciate just how incredible this thing was, changed my life forever.

“I’ve sat on this information for over 40 years and it feels good to get it out and show the truth.

“After this thing happened, I was followed for weeks, I had my phone tapped – scary time.”

The poacher submitted his photos and story anonymously through the UFO Casebook website, which collects information about UFO sightings from around the world.

British UFO sleuth Philip Mantle, a former director of investigations for the British UFO Research Association, is keeping an open mind on the photos.

He said: “With today’s digital technology I have become very wary of any alleged UFO photographs, even more so when the photographer is anonymous as he is here with these pictures.

“Before I could come to any conclusions, I would have to know a lot more detail about the type of camera, the film, the exposure and so on. Remember, if these photos are authentic and taken in 1980, they would be on film and not digital.

“Until I have more information on these photos the jury remains open but I would have to proceed with the utmost caution.”

Various theories to explain the Rendlesham case have been offered over the years including a lighthouse, a Russian satellite re-entry to a stolen truck of manure that was set on fire in the forest. 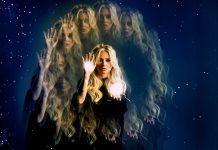 ‘The Supernatural Comes Naturally:’ Kesha to Track Down Ghosts and Demons in Paranormal Show – Rolling Stone