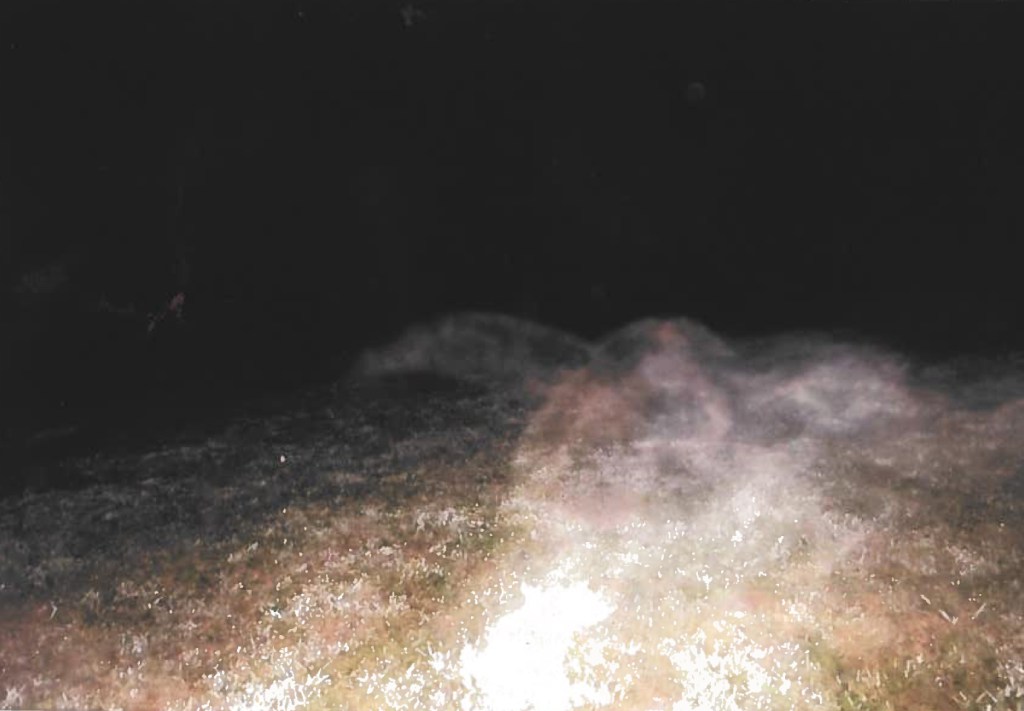 MORGANTOWN, W.Va. — Ghosts may scare some people, but not Justin Woody.

For him, it’s a family activity.

Woody said he often take their daughter, Jaime, with him when he goes ghost-hunting.

And he believes he captured a ghost in a photo he took last month at Potter’s Field, now the Monongalia County Cemetery on West Run Road.

He said the ghost wasn’t a mean one — but he’s encountered some “pretty mean” ones before. He said ghosts tend to be most active between midnight and 4 a.m.

Woody said he heard the cemetery was haunted and some of the graves were used for witches, so he went to check it out.

“I’ve been ghost-hunting all my life,” the 36-year-old said.

His dad died when he was young, but appeared to him one day, Woody said.

While going upstairs to use the bathroom Woody said he heard the shower turn on, and when he looked, his dad was standing there, and the shower was running.

“If people knew how many spirits are around Morgantown, they’d be shocked,” he said.

He said some ghosts are good, some are bad and some will play tricks on you and mess with your equipment. Woody said he takes just a digital camera and recorder when he goes looking for ghosts.

Woody said he knows some people are skeptics and might laugh at him, but he’s unbothered by them.