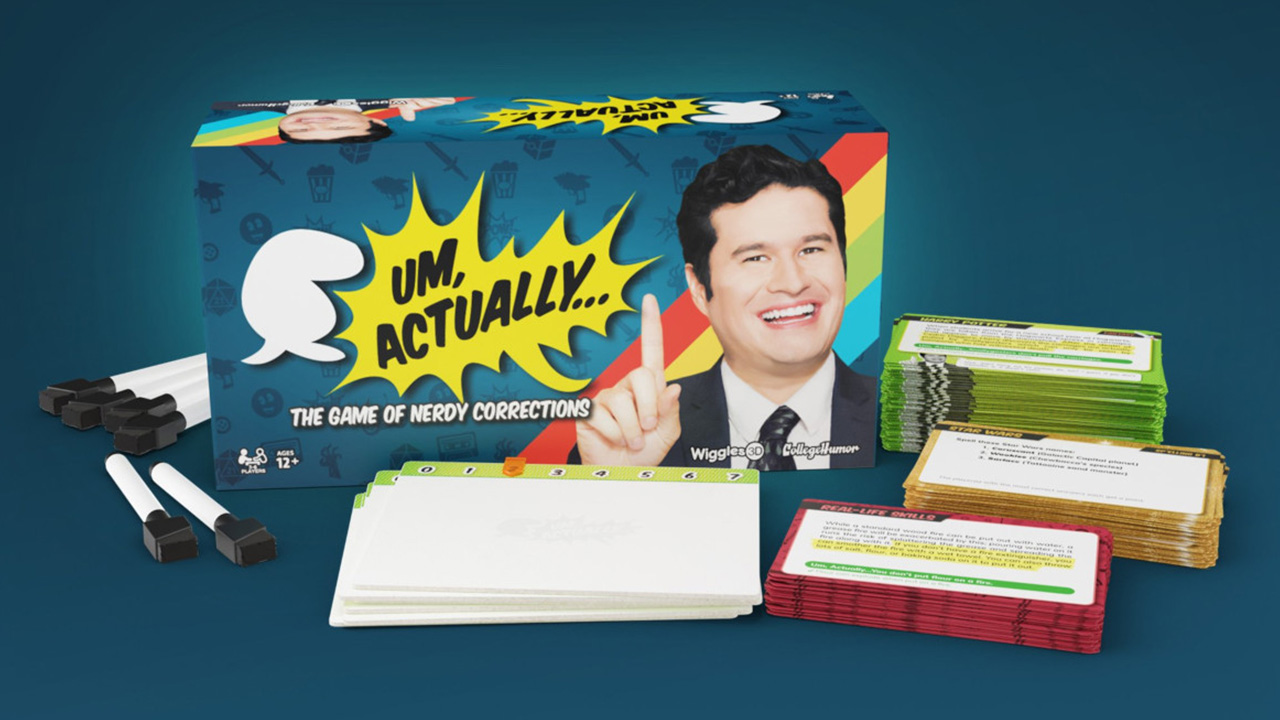 Enjoy correcting people for their stupid lack of knowledge about fictional creations they don’t care as much about as you do? Um, Actually may be just the board game you’re looking for.

Popular CollegeHumor game show Um, Actually is getting a physical board game release via Kickstarter with Wiggles 3D. If you’ve never watched the show, Um, Actually is all about correcting statements to do with nerd culture classics from books, movies, TV shows, games, comics, cryptozoology etc., but also real life. The statements all sound correct, but there is always something wrong with them that is usually obvious to a fan of the thing, but not always. Corrections have to begin with the words “Um, Actually” in order for the answer to count. Points are rewarded for accurate corrections. The host can be interrupted at any time while reading out the statement and guessing the right answer still counts.

So, it translates to board game form pretty well. The Um, Actually board game features entirely new statements not seen in the show and the standard version of the game includes the Fantasy, Cartoons, Comics, Sci-Fi, and Games categories. Anime, 80s & 90s, and Horror are included with the Deluxe Edition. Players take turns being the host, reading out statements from cards from the chosen categories and you can tailor these to your group. If nobody knows anything about Comics, for instance, just leave that deck out.

The Kickstarter is already well over-funded, so the Um, Actually board game should be out by August 2022. It’s not shipping to South Africa, though, so you’re going to need the help of one of your expat friends/family to get it here.