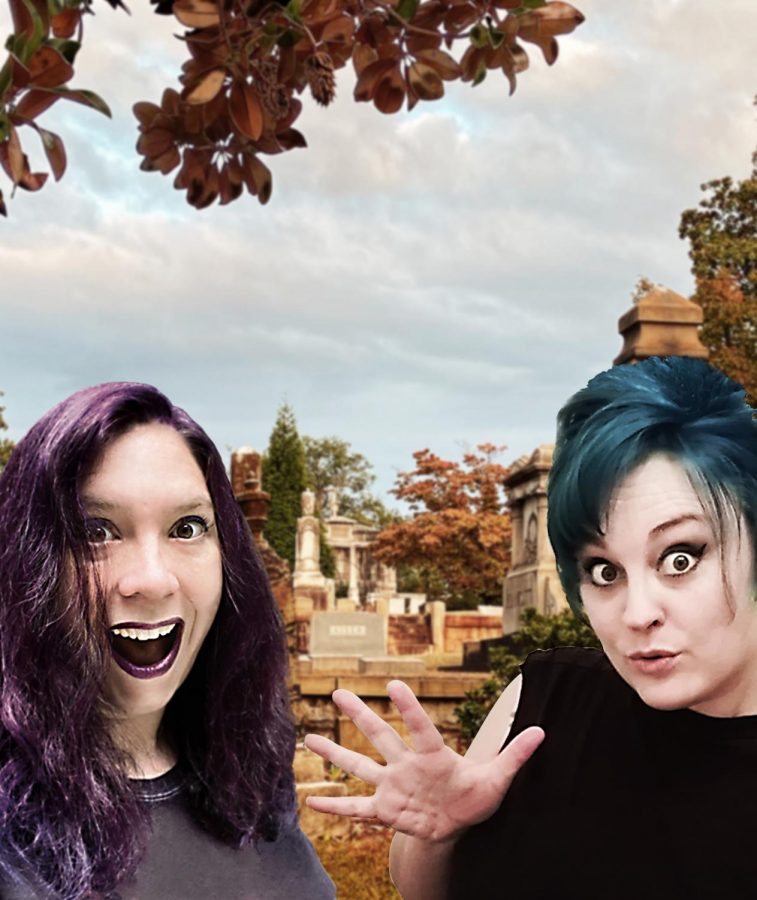 After growing up in East Tennessee’s Appalachian Mountains, where “spooky storytelling” is part of the culture, Becky Kilimnik (Weinberg ‘00) started her own podcast, “Homespun Haints,” with her longtime friend Diana Doty.

The show, which launched in July 2019, invites guests to tell their ghost stories, among other varieties of haunted tales. Kilimnik said majoring in anthropology at Northwestern sparked her fascination with human-centered storytelling, so the podcast felt like a natural passion for her to pick up.

“We’re both just aging goths who love scary stories,” Kilimnik said. “We don’t try to come up with an answer, it’s really an examination of how we respond as human beings to things we don’t understand.”

Doty joined the podcast after struggling to find authenticity in her career as a physician, she said. After a promising opportunity fell through, she decided to shift her energy toward something more creative.

“I thought maybe I should embrace my roots as a spooky weirdo, instead of who I’ve built this ego to be,” Doty said. “Regardless of what your training is in, you can always find some value in your life experiences and your education to put toward a creative outlet.”

Through the podcast, Doty felt ready to share her own haunting story of “accidentally teleporting.” When she was a teenager, she worked as a docent at a museum that used to be an orphanage, and was purportedly haunted. At one point, she got up to use the restroom in the middle of the night, but when she left the restroom, she said she was in an entirely different place.

After 20 years, “Homespun Haints” was the first time Doty felt comfortable sharing her story, she said.

“The underpinning of our show is you don’t have to be able to explain it, that’s why it’s interesting,” Doty said. “As long as you’re willing to express how it made you feel, that’s the important thing when it comes to storytelling.”

Both women said balancing the show with their daily lives has been challenging. Kilimnik is a mother and owns a graphic design business, so she has struggled to juggle the two with online school during the pandemic. Since starting the podcast, Kilimnik has also undergone a personal transformation by putting herself “out there” in an uncomfortable way, she said.

Though dealing with a potentially controversial topic, the two have yet to receive any hate comments or anyone doubting the stories told on the podcast. Doty said this could be attributed to their supportive listeners, but also to the fact that “everyone has a ghost story.”

Many guests leave the show feeling cathartic, citing the experience as the “best unpaid therapy session,” Kilimnik said. The podcast has the opportunity to help people, she said, as guests share stories they might have been hesitant to share before due to the tales’ atypical nature.

Kimberly Gordon, a recent guest on “Homespun Haints,” shared only positive reviews of her experience. After listening to the show for about 5 months, she responded to the hosts’ call for guests and was invited on.

“I’m so pleased to be part of their podcast family, I feel like they’re friends to me, not just in my head anymore,” Gordon said. “They have such great flow together, they really blend and have great tempo together.”

While it still feels authentic, Kilimnik and Doty will continue telling people’s stories on the podcast — one weird story at a time.

“What we’ve found since starting this is everybody has a paranormal experience that they can’t explain,” Doty said. “If you start thinking long enough, you start identifying with some of these things that you thought you’d never believe, it’s more about connection.”