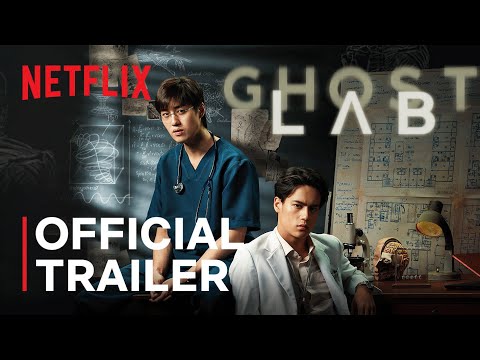 Fans are wondering who the ‘Ghost Lab‘ cast is after hearing news of its release this month on Netflix, which is eagerly anticipated.

Ghost Lab is a Thai drama, thriller and horror film directed by Paween Puritpanya set to release on Netflix this month. Fans are wondering who the cast of the paranormal film will be.

The premise of the series shows two doctors who see a haunting in the hospital where they work. After witnessing this, they try to prove that ghosts exist using science.

So, who are the cast for Ghost Lab?

The cast for the series on Netflix is as follows:

The confirmed cast can be seen here.

Tor Thanapob Leeluttanakajorn is a Thai Chinese actor and singer, he was born on 14th February 1994 in Bangkok, Thailand. He attended Kasetsart University, where he graduated with a degree in Packaging Technology.

Tor was a member of pop idol group Nine by Nine (9×9) and is dating “Khaenapha Larpveroj (Meen), who works in the airline industry”. He also has two brothers and is the youngest in his family.

In 2013, he first appeared on TV, in ‘The Taste of Love’. Since then, he has appeared as a credited actor in over 15 roles. He is most well known for his appearances in ‘One for the Road’ and ‘Ghost Lab’ which are the only two titles he has been credited for this year.

Ice Paris Intaralomalyasut, also known as Paris Intarakomalyasut is a Thai actor and singer, born on 22nd October 1998 in Thailand. He is the youngest child in his family and has an older sister. Ice currently studies at Chulalongkorn University, where he studies Communication Arts.

He was a part of Nine by Nine (9×9) and is represented by Nadao Bangkok. His first TV role was in 2017 on ‘Project S The Series: Skate Our Souls’. Following this, he has gone on to appear in 7 credited roles as an actor.

Ice is most well known for his appearances in ‘The Stranded’ (2019) and now Ghost Lab. He does not have any other roles for this year, nor is has he been listed for upcoming acting roles.

Nuttanicha Dungwattanawanich, better known as Nychaa is a Thai actress born on 12th April 1996 in Chiang Mai, Thailand. Not much is known about her personal life, but here is what we were able to find. She used to date Parit “Itim” Wacharasindhu, a Thai politician.

Her first crediting acting role was in 2013, where she appeared in ‘Tong Nuea Gao’. Since then, she has been credited as an actress for 10 roles.

She is most well known for her work on ‘Sapai Jao’ (2015) and now Ghost Lab. At the time of writing, she does not have any known upcoming roles. Fans can follow her on her official Instagram:

Max Nuttawut Jenmana is a Thai singer and actor. He was born on 17th December 1989 in Bangkok, Thailand. He has a younger sister and a younger brother. Max attended Thammasat University, where he graduated with a degree in Economics.

His first appearance as an actor was in 2014, where he appeared in ‘You Turn: Love Reversible’. Following this, he has gone on to appear in 10 TV and film titles.

He is most well known for appearing on Season 1 of The Voice (Thailand) and now Ghost Lab. He does not have any known upcoming roles but fans can follow him on his official Instagram:

In other news, Army of the Dead: Time loop explained – is the theory correct?