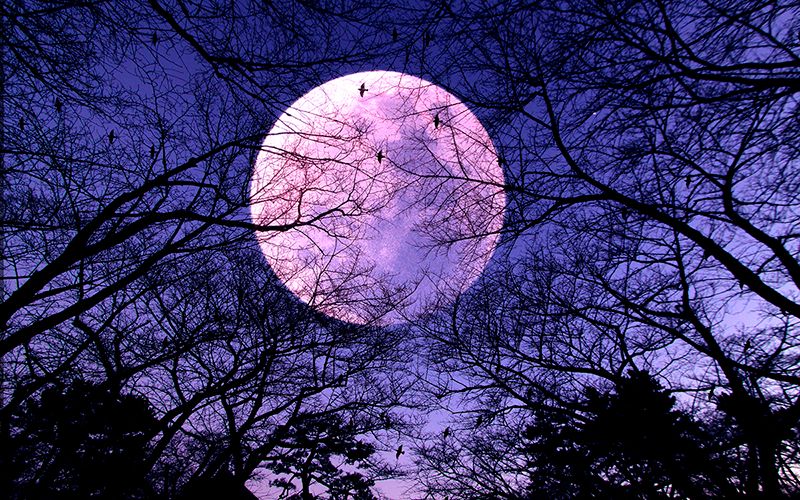 For many outdoor enthusiasts, telling ghost stories around the fire is as essential a part of the camping experience as making s’mores and pitching a tent. But as professional storyteller Adam Booth sees it, this beloved tradition serves a loftier purpose than the delicious thrill of scaring the wits out of fellow campers (or ourselves).

“Ghost stories give us a sense of survival, an understanding about how we might survive in situations that are uncertain,” says Booth, who’s based in Shepherdstown, West Virginia, and specializes in Appalachian folklore and legends, earning several awards for his work.

Indeed, it’s hard to imagine a situation more uncertain — and unsettling — than, say, a global pandemic. On the surface, ghost stories can provide a sense of escape from all the real-life horror we’ve been collectively experiencing. In addition, Booth suggests, they can even help us prepare psychologically for bumps along the road of our own life journeys.

“Generally the person telling the story is someone trusted by the audience: it’s a camp counselor, a relative, a parent, it’s someone that we know,” Booth explains. “And to experience those spooky things in the presence of someone we know and trust prepares us to then experience difficult situations later in life.”

Of course, for many campers, telling—and listening to—scary stories is just plain fun. And there are several ways storytellers can amp up the experience into a sublimely spooky, goosebump-generating affair. Gather ‘round as Booth and other professional storytellers share their insider tips, tricks, and hair-raising hacks on telling a really good ghost story.

The best storytellers are the ones who really know their stuff—whether it’s local history, legends, folklore, or a family ghost story that’s been passed down from generation to generation.

“Knowledge is king,” says Per Sjögren, who conducts tours at the Kullen Lighthouse on the tip of the Kullaberg Peninsula in southern Sweden. There, one of the most prominent local legends is that of Kullamannen, believed by many to be a spirit of a former king or knight and in possession of predictive powers. Kullamennen’s presence is said to preside over the craggy coastline.

Sjögren, a former history teacher, has spent countless hours researching European history and local legends in the area, which provide prime fodder for the haunting stories he tells visitors. “The more knowledge you have about tales, stories, history, landscape, the more things you have to play with,” Sjögren explains. “Kullamannen is just the strongest legend, but there are so many other stories of witches, dwarves, and drowned sailors. This gives me a whole library of stories to tell.”

Be mindful, however, of stories that are closely connected to specific cultures — and steer clear of anything potentially offensive or racist, such as stories about Native American burial sites.

“If I was not from that culture, I would probably skip it,” advises Anne Ford, a Chicago-based freelance story scout for Spooked, a popular podcast about real-life paranormal stories. “It’s very easy to kind of come in and not treat certain legends or beliefs with a full cultural understanding and respect that they deserve.”

“It’s very easy to kind of come in and not treat certain legends or beliefs with a full cultural understanding and respect that they deserve.”

Forget the tired “It was a dark and stormy night” opener: A great jumping-off point, instead, lies in stating the date, time, and location where something eerie happened. Lopaka Kapanui, an award-winning storyteller and founder of Mysteries of Hawai’i, a popular ghost tour company based in Oahu, says nailing those specifics early on helps hook the audience right from the start, by establishing a personal connection with the story.

“It freaks them out because they might know the place, and they may have known the person,” Kapanui says. “Then, when you set them up with the date and say, John Jones lived on Smith Street in Waikiki, everybody will say, ‘Oh my God, I know that place, I drive by it every day.’ And that’s when you dive into the story.”

With the audience’s attention firmly captured, you can start to build the suspense. But don’t be afraid to start off with a bang, either, like Kapanui often does: “Then you go into, ‘And considering the kind of guy that John Jones was — likeable, hardworking, a devoted father and husband — with characteristics like that, no one could understand why he was possessed by a demon.”

Construct a narrative based on more than a one-off event

Ford, who researches between 100 and 200 paranormal stories every month, says a common mistake among novice storytellers is recounting a single scary incident instead of weaving a narrative from a pattern of events or happenings.

“It might be moderately interesting in passing, but it’s not going to really stick with you,” she explains. “A story where someone sees or experiences the same thing multiple times is always going to be much more interesting than, ‘I saw something scary, I was scared, and I ran away.’”

Another must-have for any credible tale: the element of truth. Sjögren describes the story structure like a Christmas tree: the historical facts and dates form the trunk and branches, while embellishments are the decorations you can play with. “Every good story has a lot of parts that are true,” Sjögren explains. “Then you have to add some bits to make it a little bit better. You dress the Christmas tree with some balls and glitter.”

Never underestimate the power of silence

According to Booth, the most obvious mark of a novice storyteller is their rushed delivery. “They won’t let the story live in silence,” he says. “They want to keep telling and telling and telling. But when we stop and allow space in there, then our imaginations really get going.”

Slowing down your cadence and stopping often can be easier said than done, especially for rookies. “Often when we stop speaking, we feel nervous, like, ‘People are looking at me!’” Booth says. “You just have to trust everybody in that space, to know that they are there with you. They’re just starting to switch over from reality to that daydream-y like quality, the subconscious state, of storytelling.”

Those long pauses also are prime time to make eye contact with your audience, which also amps up the suspense and drama. Kapanui says he holds gazes for a few deliberate seconds: “Not too long, but long enough so that they get the point. And when people can’t look me in the eye, that’s when I know I’m doing my job.”

Use the setting to your advantage

Another bonus for knowing your story really well: You can pause to listen to—and even tweak the narrative to incorporate—the sounds of nature: a screech owl in the distance, the lonely howl of a wolf.

“This year, what’s on my mind is the cicadas, because they’re coming out in swarms where I live,” Booth says. “That spooky chorus they sing, I think, will be really good to bring into ghost stories this summer.”

“That spooky chorus [cicadas] sing, I think, will be really good to bring into ghost stories this summer.”

And don’t forget about those flickering flames from the campfire, which cast shadows that can create a wickedly macabre effect. “There can be a way to actually hold your body and tilt certain parts so there are more shadows on the face at certain times, to really amp up how spooky it is,” Booth notes.

Make the story stick with them

Some storytellers are masters of the “jump tale”: a technique in which they lower their voices toward the end, building up to a shout or scream at the finale—as Booth describes it, a “fortissimo moment in the story that causes everybody to jump.”

That technique, though effective and thrilling, does take some practice, however. Less dramatic — but perhaps even more chilling — is the art of leaving your listeners with the eerie sense that, while the story itself might have resolution, “this freaky scary thing,” Ford says, “is still out there.”

She adds, “I don’t watch horror movies, but this is how they end, right? We vanquished the creature … but it laid eggs.’”