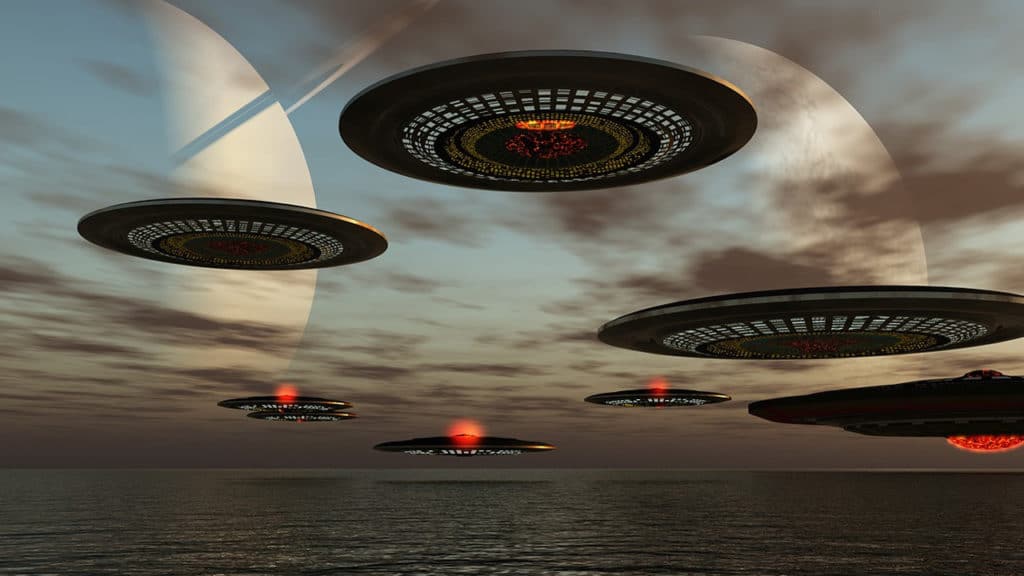 UFO-related news was taboo in mainstream media or was featured for entertainment purposes and not taken seriously. But this has changed now with tantalizing reporting by Fox News, The New York Times, The New Yorker, and 60  Minutes. Mysterious UFO phenomena are now publicly known and officially acknowledged. After eliminating unlikely explanations for these phenomena, two mind-blogging explanations are increasingly plausible—an extraordinary leap by a foreign government theory and non-human technology at work theory. Either idea would have profound global implications.

While the community of debunkers and skeptics makes convincing arguments that UFO incidents have prosaic explanations, years of study by government analysts with access to several encounters and an array of sensitive data cannot be easily chalked up to mundane factors.

Former President Obama confirmed that “there is footage and records of objects in the skies that we don’t know exactly what they are.” These UFOs move in ways that defy any “easily explainable pattern.”

John Ratcliffe, former President Trump’s director of national intelligence, drilled down even more profound, saying that UFOs “engage in actions that are difficult to explain, movements that are hard to replicate, that we don’t have the technology for.”

John Brennan, Obama’s CIA director and a fierce critic of Ratcliffe, went even further by publicly theorizing that the objects might “constitute a different form of life.”

These statements from Obama, Ratcliffe, and Brennan strongly suggest that intelligence analysts have concluded that everyday factors cannot explain these incidents after drawing specialized technical expertise and a wide array of supporting sensor data.

A pilot also reportedly encountered mysterious flying objects. Backed by an array of sensor data and several of his fellow naval aviators, he believes that the thing he chased was not from this world.

Luis Elizondo, who led the Pentagon’s effort to assess these UFO incidents, speculates that we may not be alone.

The U.S. government has nearly unlimited investigatory capabilities but still considered “alien” technology to explain UFO phenomena. This alone is a jaw-dropping development.  The stakes are enormous to ignore them.