Home Paranormal News Was a ghost to blame for terrorising Dundee streets in 1901? –... 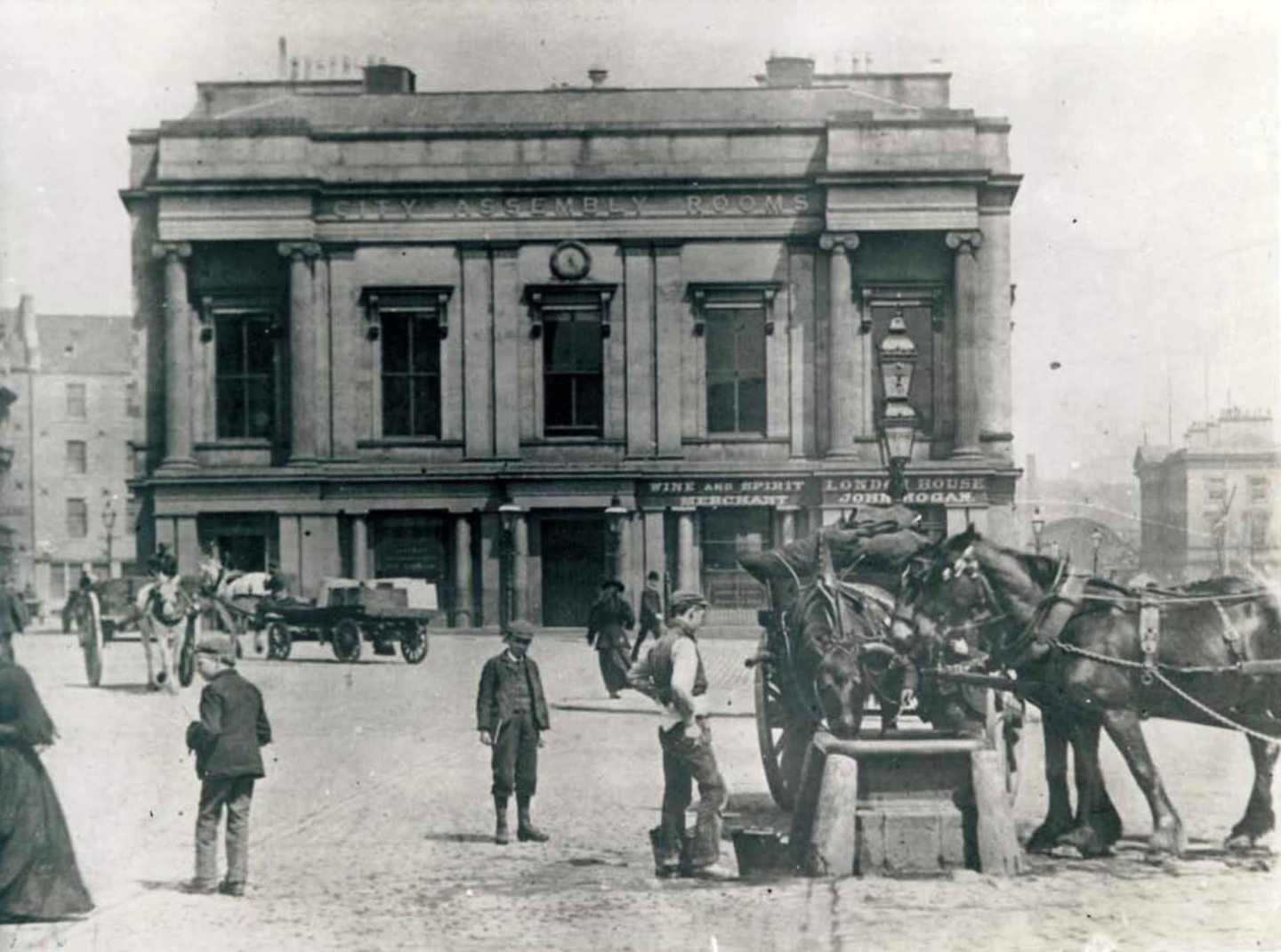 It was November 1901, there was little sunlight hours, with only gas lamps flickering in the winter breeze giving any assistance to locals finding their way home.

You would be forgiven for already being a bit spooked by the dark surroundings so it was no surprise that when sightings of a ghostly robber in Dundee were reported many of the city’s women, and men, were afraid of what was going bump in the night. But was everything really as it seemed?

Masquerading as a ghost

On December 9 1901 the Evening Telegraph reported on Dundee police’s newest investigation – they were on the look out for a ghost, or at least they were looking to apprehend the male who was masquerading as a paranormal figure injecting fear into all that heard of him.

With many residents refusing to leave their homes, unluckily for commercial traveller Gilbert Scott, he encountered the ghoul twice within two weeks whilst walking to his home on Perth Road.

The first occasion was on Tuesday November 19 when walking along Magdalen Yard Road just before 11pm.

Gilbert was alone and the weather was dark and stormy.

It was in some ways the perfect conditions for an assault on an unprepared passer by with ill lighting and few pedestrians on the street.

Unaware of what would literally hit him as he turned the corner, Gilbert walked onto Step Row and at the same moment was struck by a blow on the chest that knocked him off the pavement and into a puddle of water in the middle of the road.

For a brief moment Gilbert had no understanding of what had just happened.

He had been walking with his head bent to protect himself from the ferocious winds and he hadn’t seen what had struck him.

Gilbert got to his feet and he caught eyes with a figure standing on the pavement.

The figure clad in white was under the flickering street lamp that threatened to extinguish with each gale of wind.

The shocked victim was able to dispel the idea that he was in the presence of a supernatural being and the white robed man rushed to him, seizing him by the throat and forcing his back against a wall.

Gilbert was able to grip the assailant with all of his strength.

A struggle began with the attacker keeping a powerful grip of his victim’s throat, almost knocking him unconscious.

He tried to shout for help as he saw a tall man watching from just a few yards away.

However the onlooker decided he wasn’t in the fighting mood and paid no attention to the pleas for assistance.

Managing to get one of his arms free, Gilbert was able to land a pretty decent blow to the jaw of the ghost – forcing him to lose his grip; sending him to the ground.

He was back on his feet in an instant though and attacked Gilbert once more, however this time the victim was much more prepared.

Gilbert managed to land several blows to his opponent’s face, resulting in the man gathering up his white sheet ensemble in his arms and running swiftly along Magdalen Yard Road towards the city centre.

By this time Gilbert was too exhausted and in no condition to follow and instead made his way home where on his arrival members of his family were shocked at his appearance.

His clothes were covered in mud and his face was camouflaged with dirt and blood.

Instead of reporting his assault to the police Gilbert decided he would be taking the law into his own hands.

He gathered a group of friends – all armed with heavy sticks – and visited Step Row each night for a week in the hope of meeting the man who attacked him.

Their ghost hunt was unsuccessful though!

Description of the ghoul

With Gilbert’s description of the ghost it seems almost ridiculous that the assailant thought the disguise would make him seem like a real paranormal entity.

The man was described as about five foot six inches and was stoutly built. He had dark hair and a dark moustache although he wore a bonnet drawn over his eyes.

The ‘ghost’ part of his outfit was the most astonishing. It literally only consisted of a white sheet which reached down below his knees and was tied at the back of his neck, almost as if he had ran from a barber’s shop without paying.

Despite the hunt proving unsuccessful with his pals, Gilbert would once again come face to face with the ghostly assailant in the exact same spot.

After visiting a friend’s house he once again turned the corner on to Step Row, however this time he walked into the middle of the road which was fortunate for him as the man in white was waiting for another unsuspecting passer by on the pavement.

As soon as the attacker saw Gilbert he rushed past and was lost in the darkness. Gilbert ran up Step Row and summoned a nearby constable but their efforts to discover the whereabouts of the ‘ghost’ were fruitless.

An inspector arrived soon after with an inspection on the neighbourhood carried out, only to come to the same conclusion.

Following the hunt the police announced their investigation assuring locals that everything that could be done was being done to punish the “unknown scoundrel”.

During the following weeks locals on Magdalen Yard Road and Bellefield Avenue were alarmed by the ringing of their doorbells in the small hours of the morning which were attributed to the attacker.

The report from the time said: “In all likelihood this is the work of the desperate character who parades the streets in an unearthly looking garb apparently for the purpose of robbing and injuring lonely pedestrians.”

We could find no reference of the culprit ever being charged so it seems he really did manage to escape like a ghost in the night.

The ‘naked’ ghost which haunted Perthshire

The early 1900s were obviously awash with street hauntings especially in the local area.

Around the same time as the Magdalen Yard ‘ghost’ was at large there was another unwelcome visitor to the streets of Blairgowrie.

For weeks, spooks had been putting the shivers up communities as far apart as Kirkmichael and Newtyle.

But when they tried their tricks with a farmer driving a carriage home from Blairgowrie one late November night they met their match.

A party of ghosts suddenly appeared at his side and then tore past him with alarming speed. The farmer coaxed his horse into a sprint and began to deal the spectres a thrashing with his whip.

He tanned their naked hides as he crashed on and the ghouls scattered.

The next day, however, an inquiry began into an attack on members of Blairgowrie Harriers who had been out training in white jerseys and pants.

The East Perthshire hauntings also made headlines at the time and warranted a police inquiry of their own.

The visitor from the nether regions first appeared in Longforgan before flitting towards Meigle and Alyth.

In Meigle a young girl was said to have died of fright when she saw a ghoulish phosphorescent face as she drew her curtains.

Perthshire chief constable John Macpherson said he was confident the hauntings were a hoax perpetrated by the son of a wealthy Dundee businessman but still the panic continued.

What is the most haunted place in Minnesota? – Minneapolis Star Tribune

The ghost Nextdoor: What to do if your Denver apartment is haunted – The Denver Post

The ghost Nextdoor: What to do if your apartment is haunted – The Mercury News