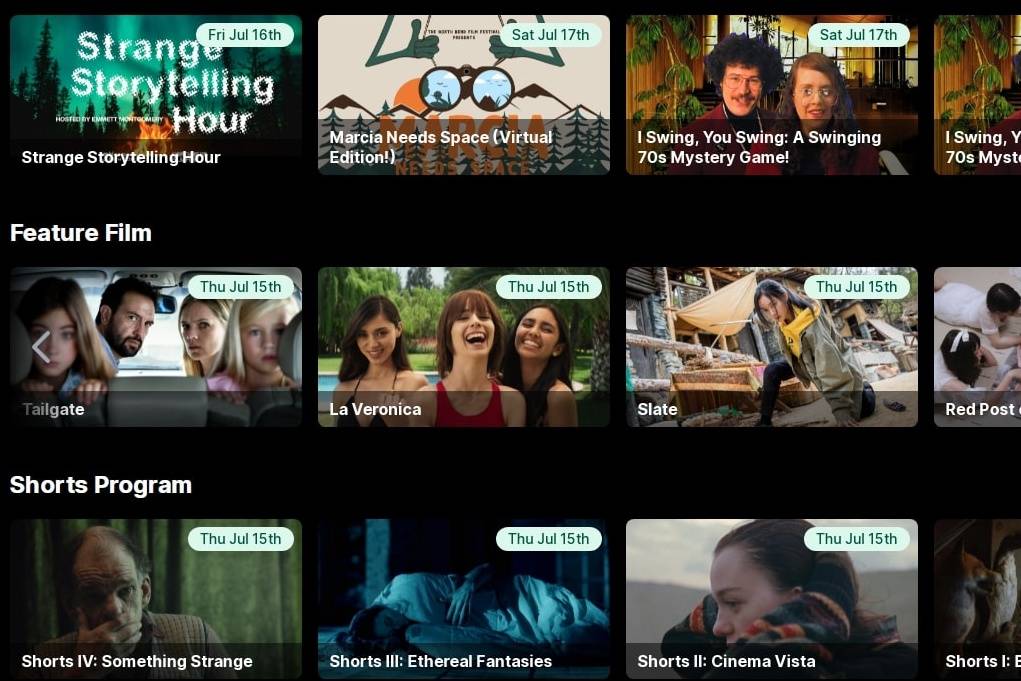 The North Bend Film Festival lineup was announced this week for the July festival, which includes a return to in-person screenings.

The festival runs from July 15-18 and features movies from around the world. Genres range from horror to drama and animation, in both full length and short formats.

The movies were curated by the North Bend Film Festival and screenings will be happening virtually along with 10 showings at the North Bend Theatre. There will also be interactive events throughout town like a scavenger hunt, and a storytelling hour at Volition Brewing with Emmett Montgomery of NBC’s “Last Comic Standing.”

Beth Burrows, owner of the North Bend Theatre, said she’s looking forward to this summer as the state emerges from the pandemic.

“It’s been such a joy to see people back in the theater, to talk movies, to be able to share those experiences,” Burrows said.

The theater has been showing in-person movies as allowed by state health mandates. Even still, there’s a large backlog of good movies, and more movies coming out this year.

Some movies Burrows is looking forward to during the film festival include Cryptozoo, an animated movie about a cryptozoologist who tracks “unfathomable beasts during the day and dreams of the Baku at night — a strange, legendary creature that eats nightmares.”

Another is We’re All Going To The World’s Fair, which follows a teenager immersed in online role-playing culture. They decide to embark on a World’s Fair challenge, a game that can create mysterious changes for those who play it.

She’s also looking forward to Swan Song, a film about a man escaping his nursing home to style the hair of a friend who recently died for their funeral. During the trip, he rediscovers his passion for life and tries to let go of a past event that’s filled him with resentment.

The film festival will also be celebrating the 20th anniversary of Donnie Darko with a screening of the remastered edition on July 17.

Virtual screenings for all movies are only available for people located in Washington, Oregon and Idaho.

There are two festival passes available for $95 each — one for the general public, and one for industry members. Movie tickets can also be purchased a la carte, with a $3 discount for in-theater screenings.

Burrows said she’s happy to see the festival return for another year.

“We all want to grow the arts in our communities because it makes a more vibrant hometown,” she said.

In consideration of how we voice our opinions in the modern world, we’ve closed comments on our websites. We value the opinions of our readers and we encourage you to keep the conversation going.

To share your opinion for publication, submit a letter through our website https://www.valleyrecord.com/submit-letter/. Include your name, address and daytime phone number. (We’ll only publish your name and hometown.) We reserve the right to edit letters, but if you keep yours to 300 words or less, we won’t ask you to shorten it.