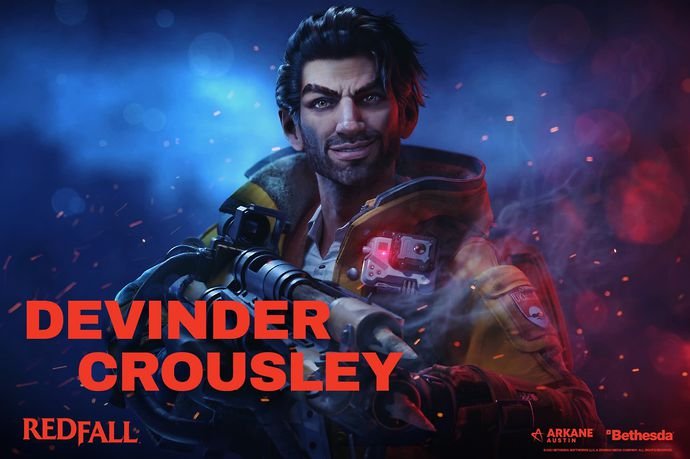 Redfall has been announced and details are starting to emerge regarding what the gaming community can expect.

Having been announced during E3 2021, vampires have taken over the town of Redfall, Massachusetts, United States, and a handful of survivors have been tasked with taking down these blood-sucking creatures.

These ghostly creatures have completely blocked natural sunlight and cut the island off and away from the outside world.

As a result, a handful of survivors have been tasked with taking the vampires down. Those in question possess several special powers and abilities to help them on their way to freedom, equipped with their own unique story.

At this time, four characters have been revealed by Bethesda via their official website. So let’s get into it and find out more about who will feature in Redfall.

Bethesda have described Devinder Crousley to be a “cryptozoologist and aspiring inventor”. While others appear to have been running away from the supernatural and gruesome phenomena that swoop the city of Redfall, Crousley has been actively pursuing it and his devilish grin showcases that.

If he gets out alive, he will have all of the evidence that he needs to showcase his documentation to the world.

After moving from Wisconsin, Layla Ellison was a student of biomedical engineering at Redfall Technical University. However, after a freak accident during a medical trial, he was left with “intense telekinetic abilities”, similar to what we saw from the iconic Jesse Faden from Control.

Jacob Boyer possesses a typical military background. An “ex-military sharpshooter” and was despatched to Redfall as part of an elite task force. However, he’s the last surviving member of his team due to “dark circumstances” and shows signs that he is close by due to a large Raven that circles above.

Remi De La Rosa has been described as a brilliant combat engineer and “lived her life on the frontlines of conflict.”

Her powers come from a robot assistant and a superhuman mindset that was enabled to protect those close to her. While it isn’t clear exactly what she brings to the table, De La Rose could be a useful asset to the quad squad.

You can find all of the latest Esports and Gaming News right here at GiveMeSport.

News Now – Sport News
Read More On This At