Home Paranormal News The Boys in Black Are Back! The GHOST ADVENTURES Crew Return For... 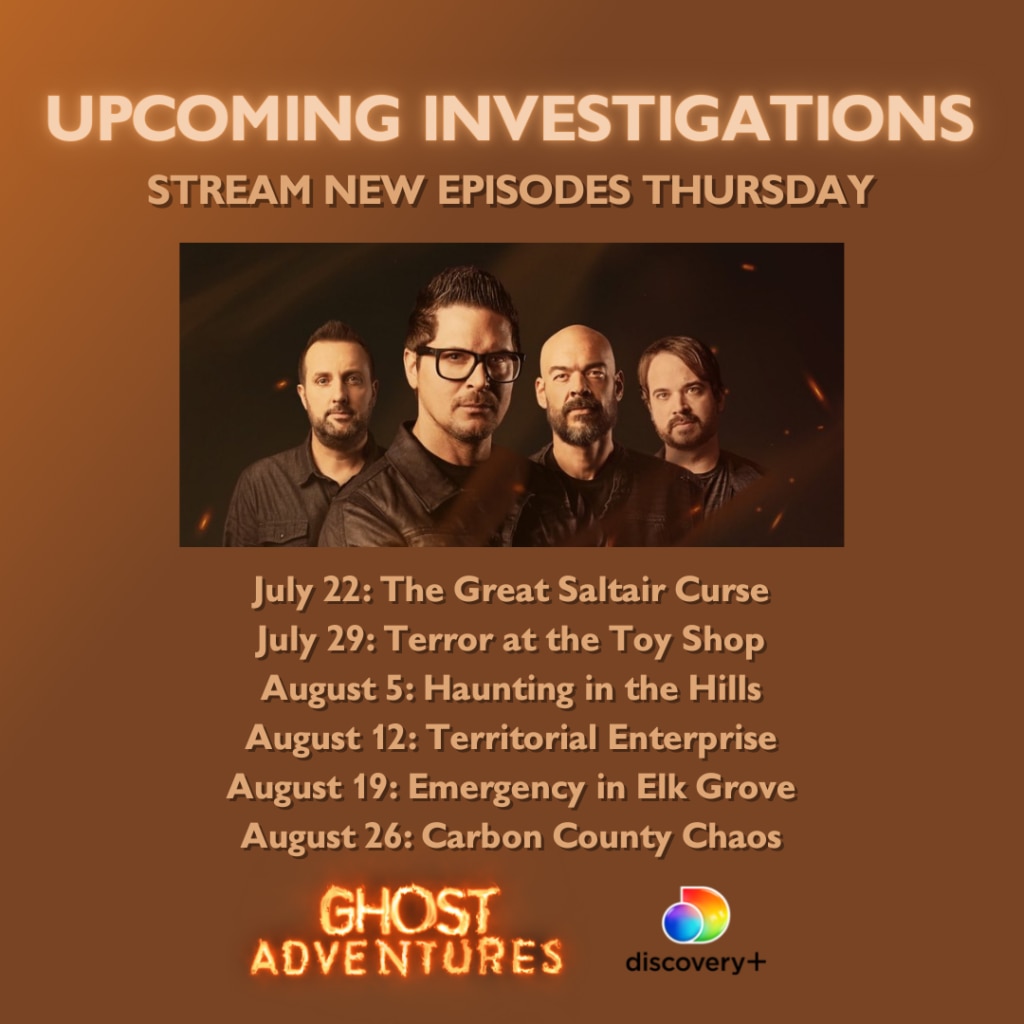 The GAC Crew is back on the hunt! Zak Bagans, Aaron Goodwin, Billy Tolley and Jay Wasley are returning to Discovery+ for their 25th season! You can expect brand new episodes of the most haunted places in the United States. Nobody does it like the Ghost Adventures crew!

In my opinion there is not another show like it. The premise has always remained the same. Just these guys, their cameras, and their equipment. Over the years the evidence that Zak, Aaron and the crew have documented is more than compelling, it is frightening!

I may have been skeptical about the paranormal before I watched Ghost Adventures, but no longer! Ever since I first heard the charismatic leader of this motley group say “My name is Zak Bagans, and I never believed in Ghosts until I came face to face with one,” I was right there with them. Exploring dark corridors and scanning my eyes to every corner of the small screen, straining to see if I could see movement in the shadows. In so many ways I feel that I grew up with these guys and I for one am excited for another season!

Synopsis: The Ghost Adventures crew receive calls on the regular about claims of unrelenting paranormal activity that is terrifying those in its wake. Whether it’s poltergeist activity at a popular Hollywood costume shop or shadow figures inside a celebrity residence, these complex paranormal mysteries leave everyone wanting answers. Using advanced cutting-edge technology along with their unique paranormal intuition and more than two decades of experience, Zak, Aaron, Billy and Jay examine each situation searching for evidence that will point them to a better understanding of the unexplained phenomena.

Do you believe in ghosts? If you have any thoughts and would like to continue the conversation, you can leave a comment below or on our Facebook page, Twitter, or Instagram. You can now find Dread Central on Google News or you can carry on the vibe with me personally on Twitter @psychobillychef!