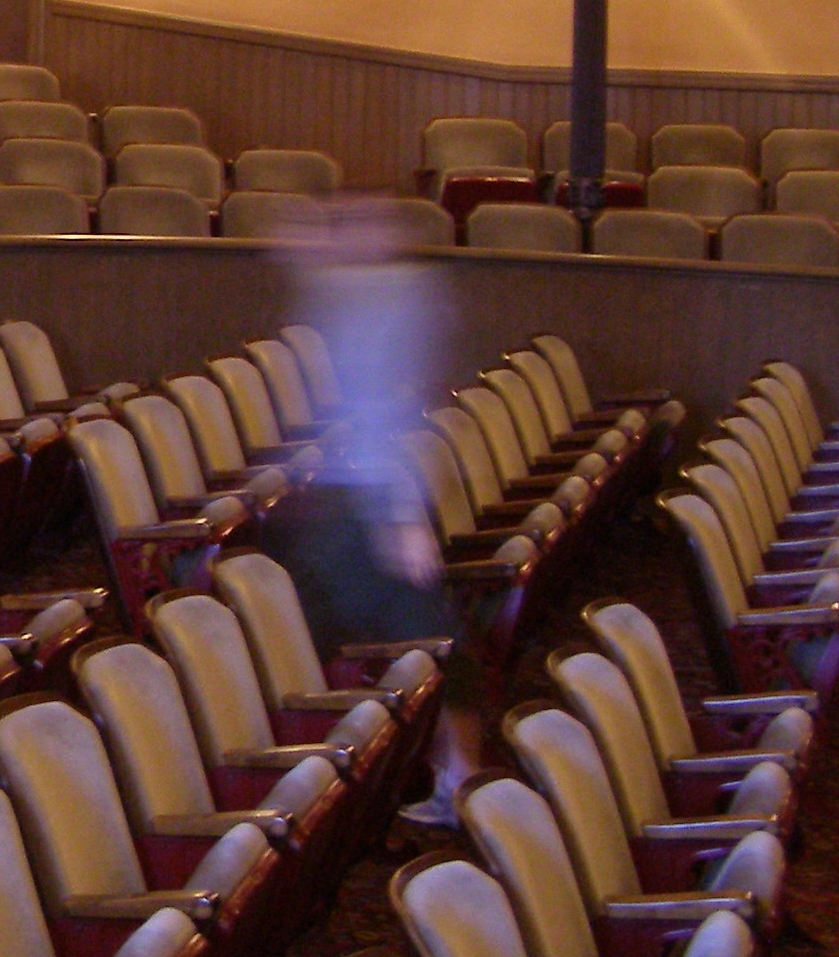 This is an archived article and the information in the article may be outdated. Please look at the time stamp on the story to see when it was last updated.

There is one common question amongst locals: “Is this place haunted?” building owner Ed Shully asks.

Whispers of ghosts and spirits have circulated Woodland for more than 200 years. A devastating fire took out most of the buildings on Main Street between 1st and 2nd back in 1892, according to the original Sacramento Bee article.

“The buildings that are here today were built just a few years later,” said Anita Long,  owner of the House Dresser Antique Shop.

Most people don’t know where the rumors started, but it seems to be irrelevant.

“I have someone here, I know I do. Every now and then he or she lets me know they are here with a large thud. It’s thunderous. And when I go upstairs to see if someone’s there, there never is,” Long said.

But scientific evidence of ghosts, spirits and paranormal activity is lacking. Hence, why on a chilly weekend in October, paranormal investigator Ann Bender with Capital City Paranormal invites the FOX40 crew inside of the Woodland Opera House – rumored  to be haunted after that same 1892 fire destroyed the original building.

“It’s haunted, but I want you to see it for yourself, ” Bender said.

Phantoms of the Opera

Just two doors down from Long’s antique shop, the group meets to discuss the plan.

The lights are dim, and the opera house – even though it is still in operation to this day – looks empty.

“I don’t believe anything I can’t see, smell or touch,” one person from the group anonymously whispered.

Within five minutes, two tour guides and a tech lead the group to the basement of the opera house. The tech points out his electromagnetic fields reader displays “0.0” before we head down.

With the lights out, the guide shines a flashlight, leading us down the stairs and shows us an old picture frame on the wall with an image of William Porter in it.

He points out that Porter was a firefighter who died while trying to put out the 1892 Main Street fire.

It detects something, and it’s felt by one of the groups own members.

“I don’t know what happened, but all of a sudden I just felt immense sadness and I started to cry,” she blurts out.

Spooked, the tour group follows the lead of the guide’s flashlight and heads to the top floor of the opera house. We are spooked once again as a glass case holding William Porter’s photograph seems to open on its own.

Woodland’s Main Street has a unique history of people noticing  something “strange.”

“This must have something to do with the Woodland fire,” Bender told FOX40.

Across the street, Ed Shully agrees with Bender and Long.

“I know something is here. If not spirits, then what?”  he asks.

The second floor apartments, now owned by Shully, were boarded up in 1953 after the original building owner kicked the tenants out.

“From then until now, almost 60 years, they were boarded up. No one was here,”  Shully said before admitting there are places inside of the building he will not go. “You just know where there’s a reason for you not to be there.”

It’s unknown as why many of the tenants in the building left behind their things – including prescription bottles and household products that are no longer made.

And, if spirits do exist, what do they want?

“95% of the time it’s a family member visiting when a family is in turmoil. They are there to help,” Bender says.

But, that other 5%, Bender notes, are demonic spirits.

“We don’t take those types of cases,” she said. “The best thing to do is to just not acknowledge them. Know they exist and leave it at that.”

Since proof and scientific evidence of life after death is next to impossible, it’s up to you to decide if the truth always requires proof.

You be the judge. Below is some of the evidence collected by Capital City Paranormal. What do you think? Is Woodland haunted?

Take a listen to these recordings. They supposedly capture real ghost whispers.