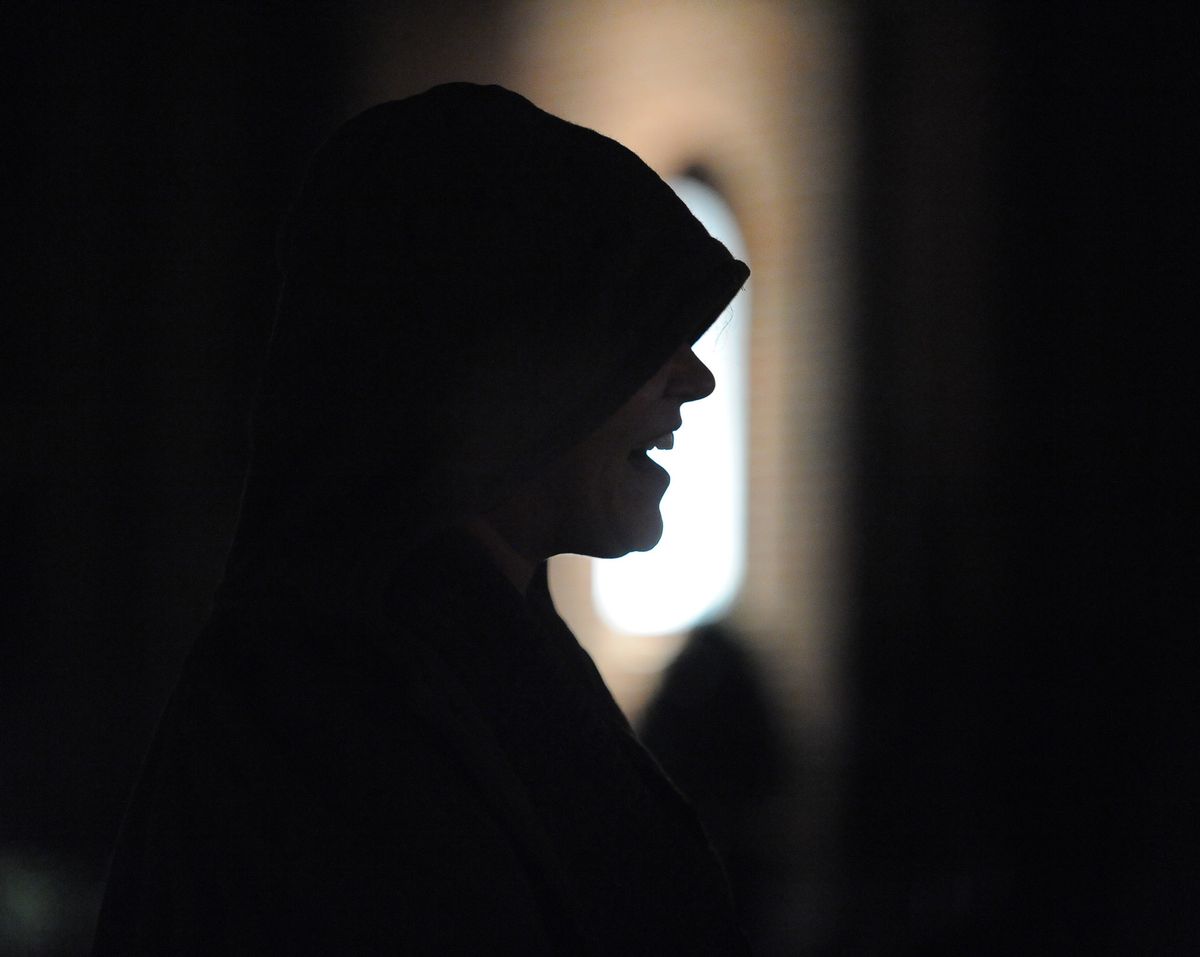 In the crisp autumn wind, as leaves fill gutters and darkness falls ever earlier on the Colonial-era streets of Maryland’s capital city, ghost season arrives in Annapolis.

“Dying trees, boy, that’s the good stuff,” folklorist Ed Okonowicz said. “Everything adds to the ambience. I’d rather do a graveyard tour in October than any other month of the year.”

Annapolis is among his favorite haunts. The three-century-old city boasts enough bump-in-the-night tales to support two competing ghost tours and two books on the topic, both published within the past five years, the most recent one this fall.

“The setting is really, in some places, much like it was in Colonial times,” said Okonowicz, who taught folklore at the University of Delaware for a decade and wrote a 2007 book about Annapolis’ ghosts.

“If you walk through Baltimore’s ghostly sights, or Philadelphia’s, every other block you’re being intruded on by a neon sign or brand-new development,” Okonowicz said. “You can go out in Annapolis and walk the streets and be right in that atmosphere. It’s almost like you’re transported in time.”

Back in time, the raconteurs say, to the days when the city first spotted a headless ghost, noggin tucked in the crook of his arm, chasing seamen from City Dock. Or the first days at Middleton’s Tavern, looking just as it does today, when a ghastly Revolutionary War soldier began toppling diner’s drinks.

There’s the clippity-clop of an invisible horse-drawn carriage, dragging unseen but clanking chains at a quickening pace from St. Anne’s Church down Main Street. The eerie procession begins at the stroke of midnight and ends as the noises rush into the water.

And what of the whispers from the ghost of John Paul Jones?

“He was an amazing man, as well as being a complete and totally flawed character,” said Mike Carter, founder of Annapolis Ghost Tours and a co-author of the recently released book “Haunted Annapolis.”

As the tale is told in ghost tours, the celebrated father of the Navy was also a drunken man buried in obscurity in France. His remains should have been buried at sea, but instead bounced around two continents before internment in a marble crypt beneath the Naval Academy Chapel. His ghost, apparently now sober, haunts his guards, asking, “Where am I?”

“Everyone who lives around here needs to go in there at least once,” Carter said. “It is awesome.”

Annapolis’ historic district, the ghost lovers say, provides a preserved setting for a cast of characters drawn from life as a port city, filled with swaggering sailors and pirates from afar, with merchants and soldiers passing through its taverns. Mixed with untimely deaths and sprinkled with local residents whose real lives seem to be cast from fiction, they said, Annapolis is a cocktail for ghosts galore.

“The history of the buildings, and of the people who lived there, it creates a different connection to the city,” said Carter, who started his ghost tour a decade ago when he found his hometown offered none. “To me, that’s what’s always been the draw. It gives you a totally different view of a city that you may not ever see.”

Take the Brice House — reputedly, Annapolis’ “most haunted” home — a Georgian-style mansion at East and Prince George streets. Like many tales of the paranormal, its legends are rooted in history.

The last member of the Brice family died there in the 1800, presumably murdered by the butler. The butler had disappeared by the time Col. James Brice’s body was found. In the 1920s, a Naval Academy professor living in the home swore to have seen a butler standing in the corner of his bedroom. On another frightful night, the professor watched a man in a powdered wig and plum-colored robe walk through furniture.

In another part of the home, more modern workers doing renovations found a woman’s bones concealed in the wall — presumably a troubled Brice relative kept from public view in her lifetime and in death, sealed within the house.

Another tale from truth: the story of Thomas Dance, who in 1793 is said to have fallen 100 feet from the dome of the State House while applying plaster. His ghostly figure, it is said, appears around the grounds where his body smashed into the bricks, while his whispers are allegedly heard by workers changing flags above the dome.

“To be honest, it’s probably the weakest story, but it’s the one everybody knows,” Okonowicz said. “But Joe Morgue? It was like a party finding that stuff.”

Joseph Simmons spent his life as a bell ringer and grave digger at St. Anne’s Church, which still stands in Church Circle. Simmons, nicknamed “Joe Morgue,” died in 1836 at age 100.

His obituary says he would make “ghastly whispers” at men who had wronged him, saying, “I’ll have you some day.” He once buried a man known for slipping into comas, and when the coffin began rattling, Joe Morgue continued to toss dirt into the grave, declaring afterward, “He’s got to die sometime, and if he was not dead, he ought to be.”

He was particularly frightening to children. As the Maryland Republican’s obituary told it, “It was such a character that gave a thrill of terror to the juvenile mind whenever he came in sight, for it was the belief of the children that if Simmons looked at one and said, ‘I want you,’ the day of doom for it was fixed.”

In death, the ghost of the man who buried so many is said to be seen patrolling the gravestones on the hills beside College Creek. Optimal viewing, it is said, is in October.