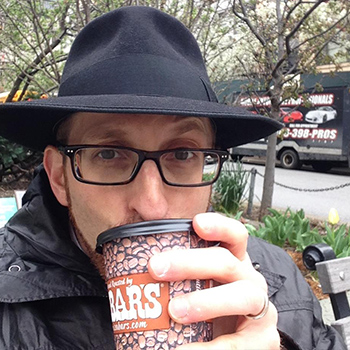 Connect with us on Social Media

Asa Simon Mittman is Professor of Art and Art History at California State University, Chico, where he teaches Ancient and Medieval Art, as well as thematic courses on monsters and film. He is author of Maps and Monsters in Medieval England (2006), co-author with Susan Kim of Inconceivable Beasts: The Wonders of the East in the Beowulf Manuscript (2013, awarded a Millard Meiss Publication Grant from the College Art Association and an ISAS Best Book Prize), and author and co-author of a number of articles on monstrosity and marginality in the Middle Ages, including pieces on Satan in the Junius 11 manuscript (Gesta, with Kim) and “race” in the Middle Ages (postmedieval). He co-edited with Peter Dendle the Research Companion to Monsters and the Monstrous (2012), with Marcus Hensel Classic Readings on Monster Theory: Demonstrare, Volume 1 and Primary Sources on Monsters: Demonstrare, Volume 2 (2018), and with Richard H. Godden Monstrosity, Disability, and the Posthuman in the Medieval and Early Modern World (2019). Mittman and Sherry C.M. Lindquist co-curated Terrors, Aliens and Wonders  (The Pierpont Morgan Library and Museum, 2018; The Cleveland Art Museum and The Blanton Museum of Art, 2019). He is the founding president of MEARCSTAPA (Monsters: the Experimental Association for the Research of Cryptozoology through Scholarly Theory And Practical Application). Mittman is a founding member of the Material Collective and a regular contributor to the MC group blog. His research has been supported by CAA, ICMA, Kress, Mellon, American Philosophical Society, and NEH grants. He edits book series with Boydell and Brill. Long-range research interests include the Franks Casket and images of Jews on medieval maps.