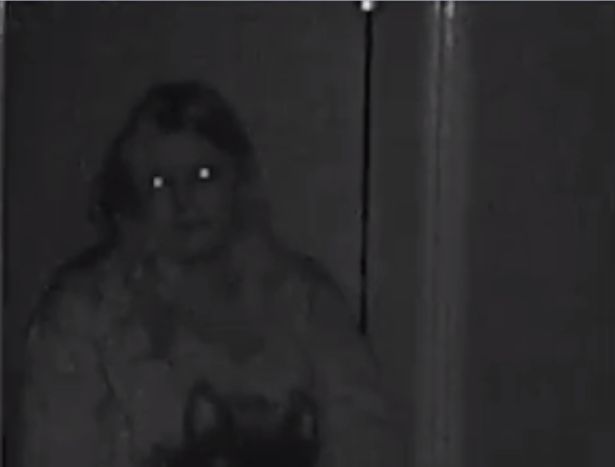 A group of paranormal investigators say they have seen evidence of a “white lady” allegedly haunting a Derbyshire hotel.

The team, which is called East Midlands Paranormal, have looked into the Newton Park Hotel in Newton Solney, near Swadlincote, after reports of strange goings on.

The group set out to see if there is any validity behind reports of ghostly sightings in bedrooms and the cellar at the £80-a-night 4* hotel, Staffordshire Live reports.

A total of eight crew members and four guests were involved in the investigation, which the team says revealed some interesting results.

Sarah Goldsmith, who led the group, said people had deliberately avoided a small en-suite bathroom in one of the bedrooms, as people reported feeling like someone was standing behind them whenever they got too close.

The 35-year-old said: “Nobody else would sit there, so I thought I would do it.

“Sat there, I was feeling angry. I looked to the left and the right, you can see on the video, I looked at the camera and apparently my face had changed.

“They were saying my face looked a lot younger. I started to feel really angry, I didn’t know why.

“I felt agitated, they tried to make me stand up and I wouldn’t, they did eventually get me up.

“They kept saying I looked younger, I don’t look old anyway. Then I had a sharp pain in my ear at the same time, then came out of the trance.

“I had to go outside; it took me a long time to come around to what happened.”

A K2 meter, a device which detects electromagnetic fields, kept sounding alerts, which many claim can possibly indicate paranormal activity.

Witnesses also claimed to have seen “orbs” in the room, which they described as small floating white balls, which some believe indicate the presence of a ghost.

When looking in the cellar of the hotel, they reportedly heard splashing and movement in water, which Miss Goldsmith, from Arnold near Nottingham, claimed sounded like children playing.

The team are still looking through all the footage and images they captured during their investigation.

Dave Aisthorpe, from fellow group Burton Paranormal, was also part of the investigation.

He said a spirit board was used in the cellar, an object that supposedly allows the paranormal to communicate.

He said: “Through the night a child was sensed under the table. Plenty more there to be experienced.”

Another member from Burton Paranormal stayed in one of the bedrooms, they were woken up “several times” due to stomping about.

They also claimed to have seen a lady who was wearing funeral clothes.

East Midlands Paranormal is aiming to return to the hotel later this year for a second stay.

The history of Newton Park Hotel

The hotel itself is steeped in history, dating back to the Norman Conquest, when Newton, as the village was called at the time, came into the hands of the Soligny family.

They held it from roughly 1120 to 1390, by which time the village came to be known as Newton Solney.

Abraham Hoskins, an attorney and land speculator from Burton, built a house in the 1790s, which would go on to become the core of the Newton Park Hotel.

He also went on to build Bladon Castle, which would become Bladon House, a school which remains in the village to this day.

The Hoskins family were forced to sell the estate in 1876 to Lord Chesterfield, who let Newton Park to William Worthington, a brewer from Burton.

It was eventually acquired by the Ratcliff family in 1879, following Worthington’s death.

When Peter Ratcliff died in 1955, Newton Park was sold, with the building opening as a hotel 11 years later.