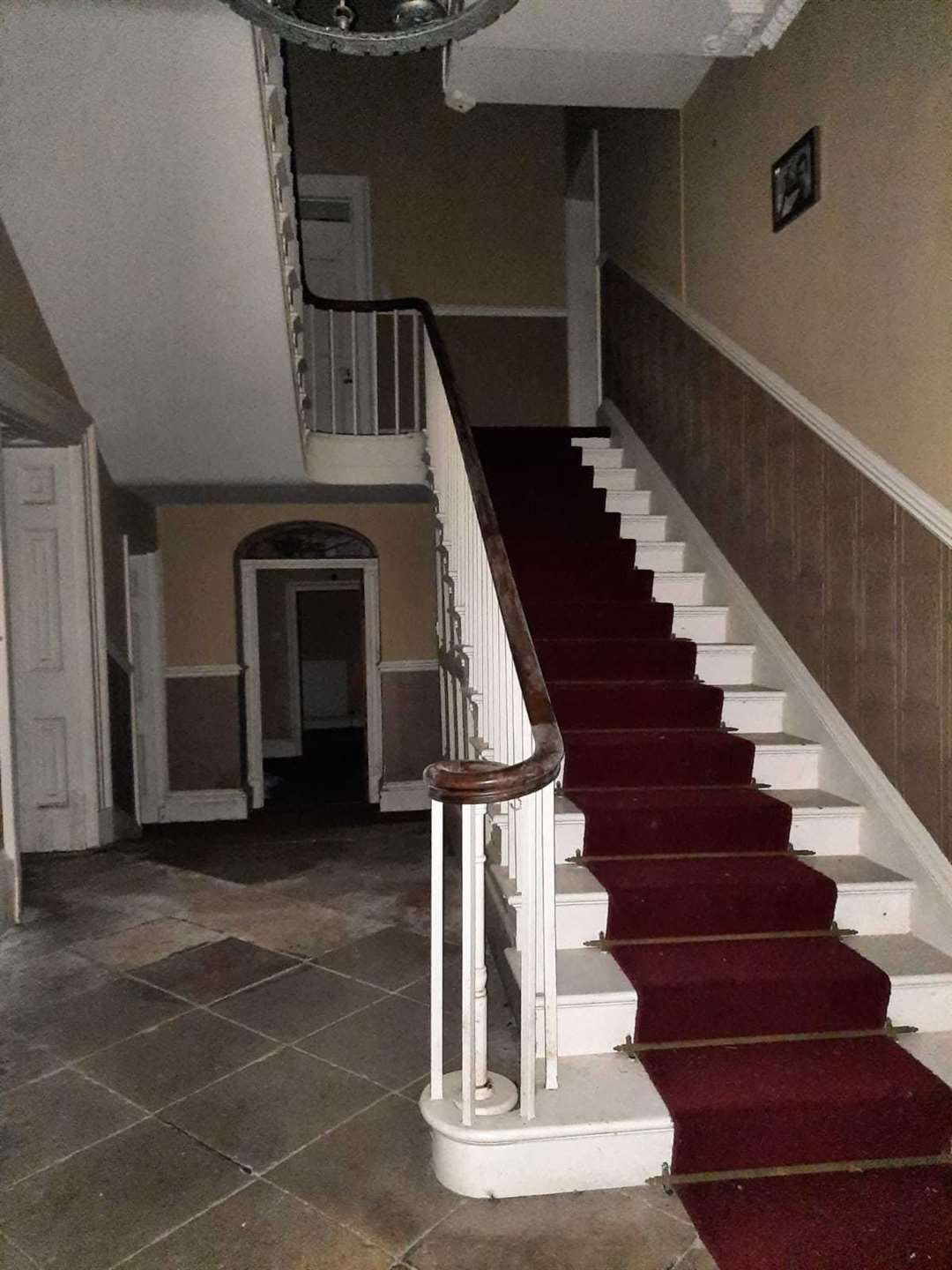 The haunting tales of a house steeped in history have come to light following a visit from a ghost hunter.

Joseph Hall, a 14 year old ghost hunter from Gosberton, visited the property in Donington this weekend in search of a mysterious but ‘friendly’ marching military man who has been seen by the owner.

However, in a surprise turn of events, it seemed there was more to be found in the Grade II listed property when Joseph made a grizzly discovery.

Joseph, who took a raft of equipment with him to the property, including an Electro-Magnetic Field (EMF) reader and motion sensor balls, explained: “I had a list of rooms which the owner wanted me to check out, including the snooker room, the stables and the playroom, but what we found was in a room I hadn’t been asked to investigate.

“I sort of heard a noise while I was searching for the military man – and something or someone had moved a snooker ball in the snooker room where the owner believes he is – but there were no sightings of him.

“Close to the end, I was checking the rooms to see if I had left anything. In the dining room, which is the
only room with an open fireplace as the others have been sealed, I used a snooker cue to poke around inside the fireplace but nothing happened.

“When I went back into the room, I saw something at the back and it was a little ragdoll which had been in the chimney. I think it’s around 1930s, maybe 1940s, but the real question is why is it there? It was a spur of the moment thing and it was
only when I crawled down to look in when I thought ‘what’s that?”

The owner of the property doesn’t believe the fire has been lit for around 10 years but an article dating back to 1906 could explain why the item was there.

Joseph said: “We think it was put there as a tribute. In 1906 they found a dead baby in a chimney in the house – they think a cook gave birth but didn’t want to take care of it. The baby was wrapped up and hidden in the chimney – a maid eventually found the dead baby.

“We don’t want to take the doll from the house but we are getting someone to look into it.”

During Joseph’s visit, the electricity at the property was switched off due to an issue with the power, so his work was conducted using hand and head torches and, although every room in the property registered as 17 degrees celcius, Joseph described feeling very hot throughout his visit.

Although the find wasn’t exactly what he was looking for, it’s thought it could lead to many more discoveries and possibilities.

“You can’t expect to catch something on every try but for me to find this on the first time is a really good thing.

“I’m wondering if it’s a spirit called a residual haunting, which isn’t a ghost but a left over energy which is a trapped moment in time repeating, which could explain why the owner had seen a military man.

“Now that we have found this doll there is so much potential in this place. I’m hoping to visit again soon to explore more.”