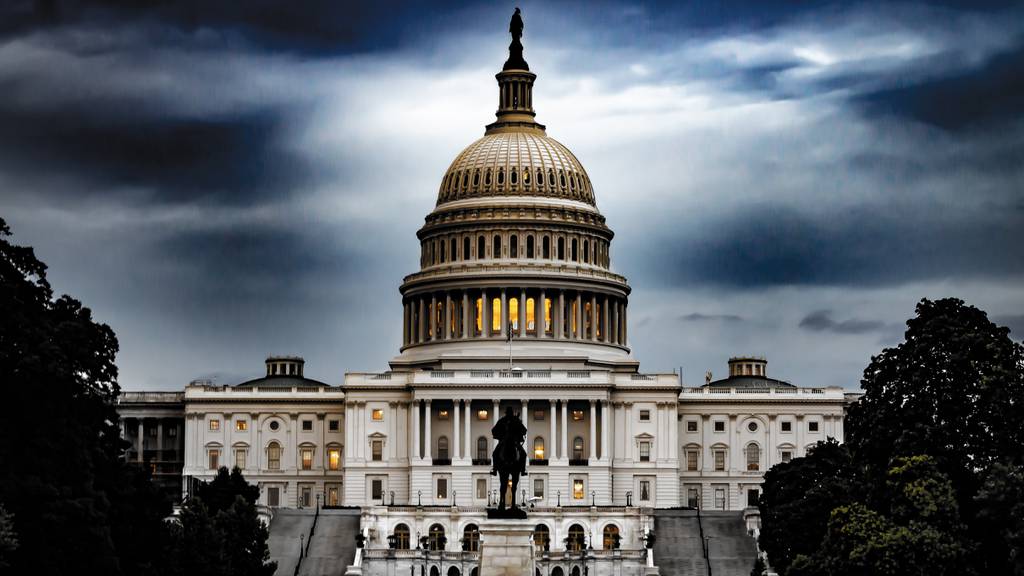 The federal government manages operates some of the oldest buildings and locations in the country, many with storied histories, and some have even accumulated their own ghost lore over the years.

According to the Architect of the Capitol’s website, the building where Congress holds votes is rife with tales of ghosts and ghouls, and the building even sports its own crypt, which was intended as the final resting place of George Washington but was instead converted to a museum.

Rumors say that the building is haunted by a ghost cat that appears before historic or tragic national events and even left its footprints outside the chamber where the Supreme Court was housed in the 1800s.

The Capitol Building’s former use as a Union hospital in 1862 has also led some staffers to say that they’ve seen the ghost of a soldier among the building’s statues, and John Quincy Adams’ famous “no” vote on a resolution, shouted just prior to his collapse and eventual death, has led some to say that they can still hear the echo of that disapproval late at night.

Adams was not the only former member of Congress said to haunt the building, as William Preston Taulbee was shot dead in a stairwell by a reporter for the Louisville Times in 1890 and can reportedly still be heard mumbling to himself in that same stairwell.

The Capitol Building was also once cursed by a former architect clerk, John Lenthall, who was crushed by a falling archway in the Old Supreme Court and, according to folklore, cursed the building before his death.

As the residence of dozens of presidents and their families, a few of whom that died on the premises, the White House is rife with stories of presidential ghost sightings, such as Thomas Jefferson, Abraham Lincoln, Andrew Jackson, John Tyler and William Henry Harrison.

Dolley Madison reportedly watches over the White House Garden, and the ghost of Abigail Adams has been sighted doing her laundry in the house.

But perhaps the most unsettling reported ghost sighting occurred during the Taft administration, according to the White House Historical Association. Staff and President William Howard Taft’s military aide, Major Archibald Butt, reported seeing a 15-year-old boy dubbed the Thing, which would press against the shoulders of those in the house. Taft quashed such rumors by ordering that the first staff member to repeat stories about the Thing would be fired.

Now part of the U.S. Court of Appeals for the Federal Circuit, the Cutts-Madison House was previously the home of Dolley Madison, who — apparently a very mobile spirit — has been reportedly seen rocking herself on the porch of the building late at night.

Just outside both the White House and Cutts-Madison House, Lafayette Square is at the center of the “presidential neighborhood,” and was the site where Philip Barton Key II, son of Francis Scott Key, was shot after having an affair with a married woman. Key’s ghost has reportedly been seen in the spot where he was shot.

Smithsonian founder James Smithson, an Englishman who never visited the United States in life, is buried in the Smithsonian Castle on the National Mall. Smithson’s ghost is said to haunt the building.

Currently managed by the Department of Interior, Garnet Ghost Town in Montana was a former mining town that was abandoned when the gold in the area ran out. Visitors to the town’s saloon and hotel have reportedly heard ghostly laughter, music and footsteps in the buildings.

Guests to Philadelphia’s Independence Hall, managed by the National Park Service, has reportedly seen founding fathers, such as Benjamin Franklin, haunting the signing place of the U.S. Declaration of Independence. 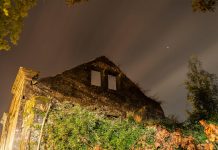 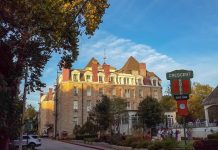