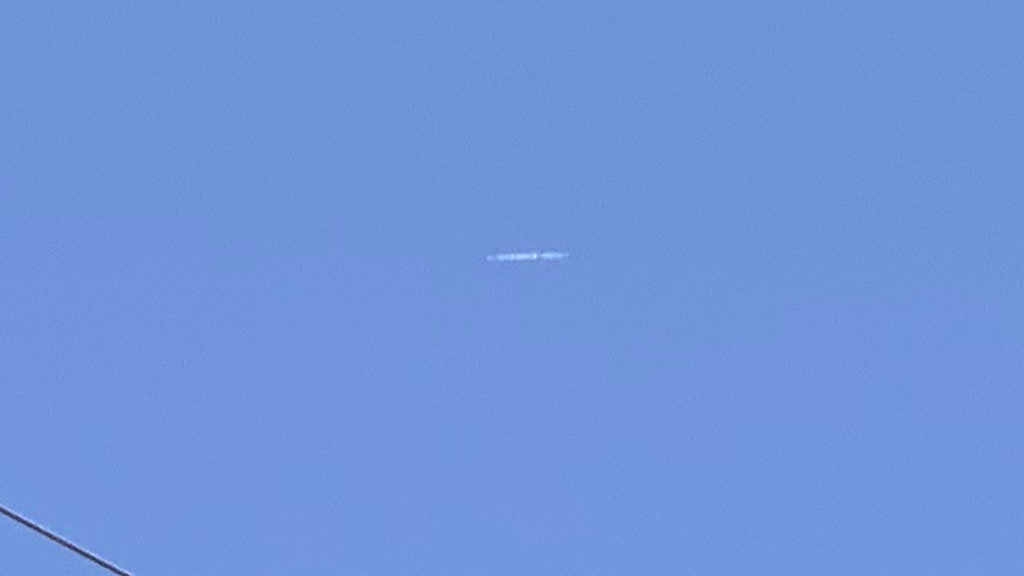 This daytime UFO sighting ob some kind of a bright spinning flying saucer was filmed over Austin, Texas on 6th September 2021.

Witness report: Spinning disc like object viewed in the sky northeast from my location. The object moved up / down vertically and left/right continuously. As I stood up to gain a better vantage to see it, the object appeared to drop rapidly behind tree cover. As I sat back down in my pool, the object raised back up. I observed the object for 20+ minutes. The object was appeared white or transparent and was not close – I estimate it was at least 1/4 mile or more in the distance. The object did not appear to have any sound associated with it (humming of drone for example). It did appear to have spinning white lights as viewed in the images and video. 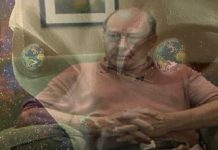 A man who was a Navy Astronaut and the Sixth Man on the Moon suspected extraterrestrial intervention. 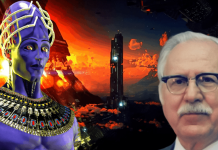 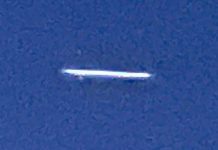