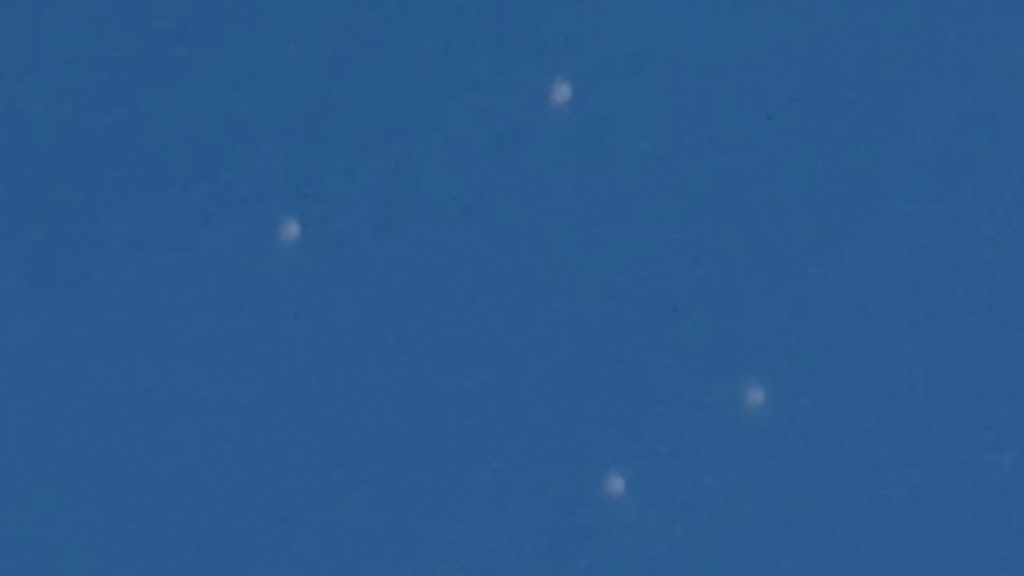 These bright unidentified flying objects were filmed in the daytime sky above Los Angeles in California. This happened yesterday (16th October 2021).

Witness report: I noticed 4 lights rising North East above the horizon at about 30° on a clear day in downtown Los Angeles. I increased the contrast of the video and left it unedited. Myself and the coffee store Manager Emily, both witnessed this and there were many other onlookers, though I don’t believe they were interested at all which we found hilarious. Video cuts off abruptly because of course my phone dies. I’ve never seen anything like this and it’s super interesting. Objects could have possibly been hundreds of miles from the Earth itself. It was very hard to tell. They seemed jellyfish-like in the beginning but extremely too far if they were a balloon it would be impossible to see. Not to mention the interesting formations. If you pause the video towards the end you can see a total of six lights at one point before they go off into the distance. 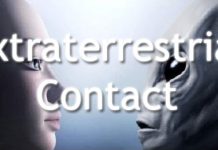 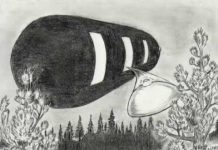 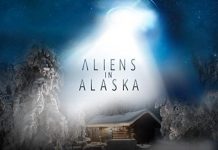