SIOUX FALLS, SD (KELO) — It’s a Halloween travel tradition in downtown Sioux Falls: the annual haunted bus tours are now underway, hosted by Siouxland Heritage Museums. Unfortunately, all the tours are booked for this year. So we decided to visit one of the popular paranormal stops along the tour.

The closer we get to Halloween, the more visitors stop by the front desk of the Old Courthouse Museum with one question on their minds.

“They want to know if the place is haunted. They’re just real curious about what ghosts might be hanging around here,” Melissa Godber said.

Museum interpreter Melissa Godber has an answer at-the-ready for these ghostly inquiries.

“I just say, well, it’s possible that they’re here. But I’ve certainly never seen anything. And there’s always stories, everybody always has a story,” Godber said.

Stories like the presence of an eccentric caretaker who once lived in the courthouse before it became a museum.

Museum educator Paavo Rasmussen has an office on the third floor, where he had his own spooky experience he can’t explain.

“It sounded like somebody ran their hand across a typewriter that was right behind me at the time. Obviously, there was nobody behind me and behind that is just a wall that goes to our elevator shaft,” Rasmussen said.

Then there are stories of ghosts apparently trying to communicate from the other side through a telephone line.

“In our old phone system, the phones would turn on, you’d hear the speaker go on without nobody sitting at the desk. We had pens get knocked over, or start to leak and things like that in somebody’s desk,” Rasmussen said.

Some people trace the Old Courthouse Museum’s reputation as a haunted location back to the days of Dakota Territory, when they used to hold public hangings at this spot in downtown Sioux Falls, right next to where the courthouse would be built in 1890.

“Actually, three men were hanged at this corner where the Old Courthouse Museum was built, and one of them we’re pretty sure was an innocent man who they actually tried to hang three times, before they successfully accomplished their goal there. The rope broke once and somebody else walked under the trap door on the second attempt,” Rasmussen said.

Siouxland Heritage Museums has opened its doors to psychics and ghost hunters in the past to try and make contact with these supposed spirits.

“I haven’t heard that there were any major revelations during the ghost hunting trips, I wasn’t personally involved in those,” Rasmussen said.

Rasmussen says it doesn’t hurt for the museum to have a reputation as one of the most haunted places in South Dakota. Some visitors who come here for the history are also intrigued by the ghost stories. There’s no proof of ghosts inhabiting the museum. But this 130-year-old facility has some built-in features, from its majestic presence in downtown Sioux Falls to age-related creaks, and no shortage of darkened corners that can leave even skeptics like Rasmussen to wonder.

“It’s kind of dark and big windows so there’s always that, you’re walking out at night and sometimes you look up it’s like whoa, is there something up there? Who knows what’s going on,” Rasmussen said.

The Pettigrew Home and Museum, which is also part of Siouxland Heritage Museums is another stop along the haunted tour. People have reported smelling the scent of perfume inside the building, supposedly from the wife of South Dakota’s first U.S. Senator R.F. Pettigrew, who lived there. 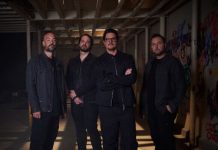