Home Paranormal News What really haunts the waters of Lake Lanier? What this paranormal investigation... 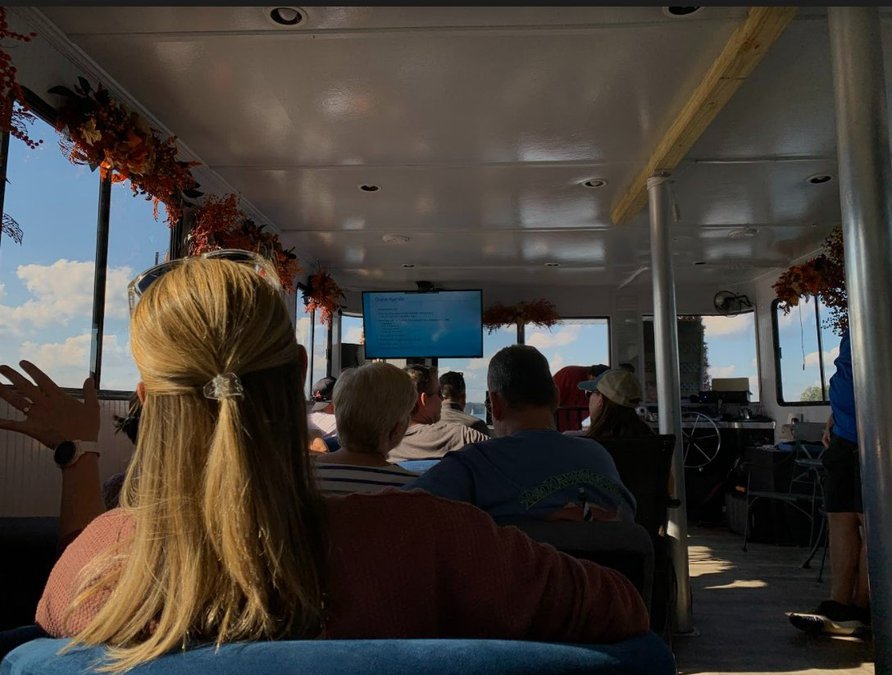 With several drownings reported each year, Lake Lanier is often called haunted or cursed. What may lurk in the deep waters of the manmade lake? A new boat tour aims to explore, and the Times joined in the superstitious fun to learn more.

Aboard a Lanier Boat Charter vessel, captain and owner Tom Stepnowski alongside seasoned paranormal investigator Bart Glabman present the extensive history of Lake Lanier, which was formed in the 1950s with the construction of the Buford Dam.

Glabman said one of the biggest reasons spirits may still roam the area are the possible Native American burial mounds and unmarked graves left under the water when the lake was filled.

However, the Lady of the Lake might be Lake Lanier’s most well-known haunting.

Glabman recounted the tragic deaths of Delia Mae Parker Young and Susie Roberts, who lost control of their vehicle and drove off a bridge plunging into Lake Lanier. A year later, remains were found with both hands missing, but they could not be identified for certain. The body was buried in an unmarked grave. Remains of the other woman later were found and also not identified until the 1990s.

Since then, Glabman said sightings of a young lady wandering the Jerry D. Jackson bridge have been reported; dressed in blue with two missing hands, she is presumed to be Young. Her spirit is thought to still linger at the bridge.

After brief stories of the hauntings, we reached the shores of an island ready to explore and communicate with whatever energies might linger. The island was once inhabited by 12 homes and a cemetery before the lake was filled according to Glabman. The remains had been moved along with the homes but did their spirits linger?

One by one we stepped off the boat following Glabman as he set up his equipment on the sand and we crowded around it.

Glabman set up an electromagnetic field detector and a ghost box to communicate with spirits. EMF detectors pick up electric and magnetic signals in the air that then detect supposed paranormal activity passing by while ghost boxes scan AM and FM radio frequencies to pick up the possible voices and words of spirits.

Our group posed questions to the ghost box regarding who might be there and whether the spirits were scared to move into the afterlife. The EMF detector lit up multiple times; Glabman said that if close enough, an EMF detector will also light up with signals picked up from a cellphone, which everyone had during the investigation.

The most unexplainable occurrence during the investigation was hearing a clear voice come from the ghost box. As the first questioning hello was said into the box, the voice of a woman was heard as clear as day responding, “hello,” as if it were a phone call.

Afterward, the ghost box only whispered out static and pauses of jumbled noises for the remainder of the investigation.

While there appeared to be no remnants of any previous inhabitants left on the island, an eeriness and familiar feeling of someone watching persisted.

What lies beneath Lake Lanier? One boat trip wasn’t enough to discover its mysteries.

Story originally published in our sister paper the Gainesville Times.