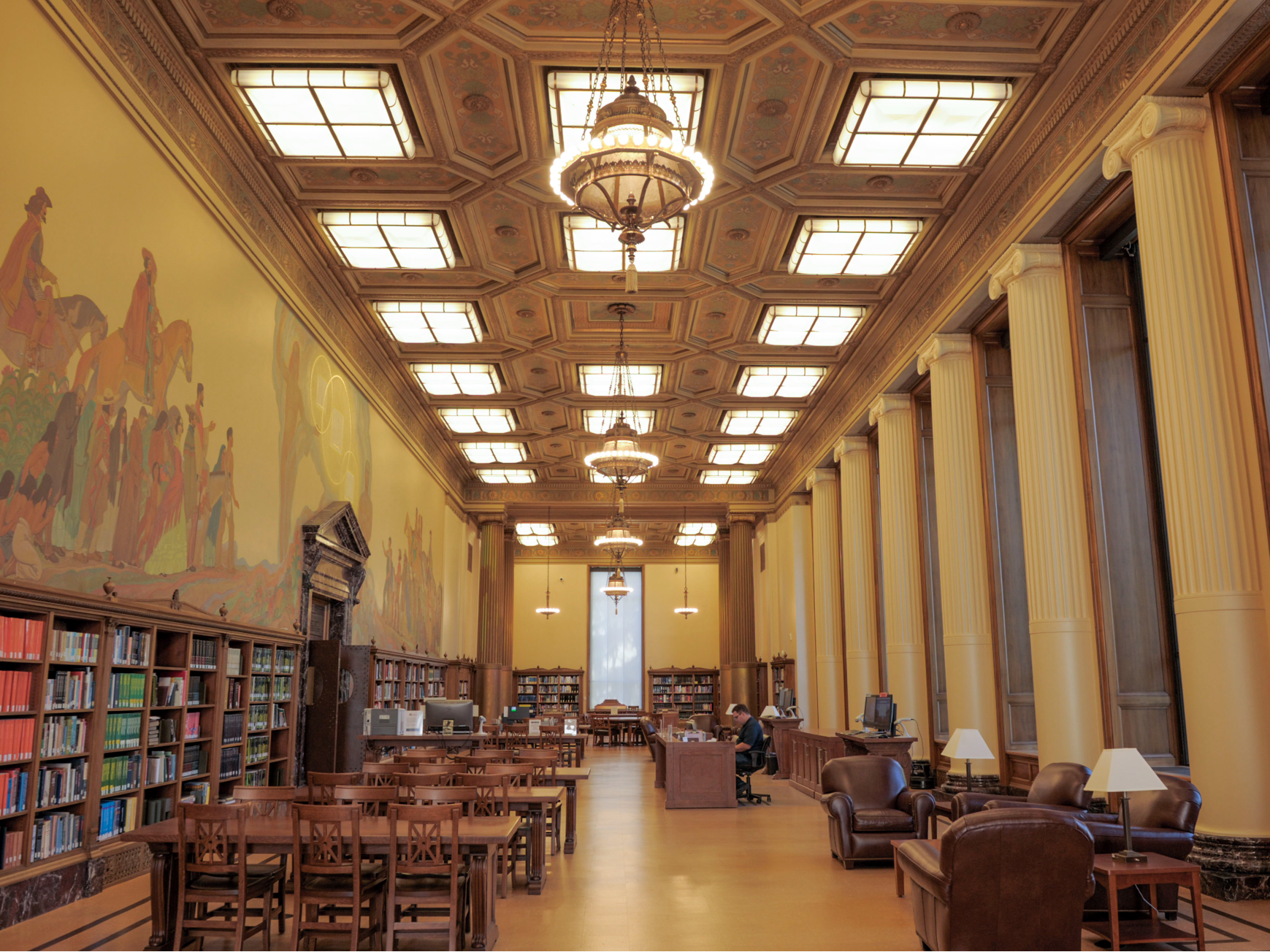 On a Halloween night, passing by the California State Library’s towering pillars and marble greek sculptures could be as spooky as visiting a cemetery mausoleum at dusk.

But the building’s facade is not what’s sparked decades of rumors that the historic building is hopping with spirits and the paranormal.

“I’ve definitely heard knockings and rattlings that I can’t quite figure out where they’re coming from,” says Mona Robinson, a reference and outreach librarian at the near century-old building across from the state Capitol in Sacramento.

The building is “atmospheric,” she told Vicki Gonzalez during an interview on CapRadio’s Insight. And that atmosphere gives way to shadows and “cold breezes out of nowhere.”

Other librarians have felt it too.

“When I’m alone, walking through the stacks, especially looking through some of our older collections, there is an eeriness that I feel from time to time,” said Ian Boalt, a library technician.

This past year, the two librarians decided to turn the long-standing library ghost lore —  fueled by online gossip and local news reports —- into research.

They started “The Ghost File,” an online exhibit about the historical legends connected to the building; the architects, artists and librarians who have shaped the state library, and could be revisiting its cavernous halls from the afterlife.

The file is a nod to the rumors of supernatural activity at the library, and may fuel even more theories about who is haunting the building. Robinson says it will be a living document online, and will also be available as a bound reference copy in the library itself.

“This whole collection will be really interesting to people who are interested in the history of Sacramento [and] spooky tales,” she said.

Robinson and Boalt teamed up to interview staff members about their experiences with library “spirits.” They used the library’s California History Room to help find original newspaper clippings and correspondence about the construction of the building.

The team has shed new light on one of the most well-known theories about who may be haunting the library: Elijah Carson Hart.

Cart was a judge in the third court of appeal, whose chambers were on the fifth floor of the library right around when the building opened in 1928. Rumors had it that he passed away in the building, but it turns out he had actually passed away at Sutter Hospital after being found unresponsive in his office.

Another theory about the cause of the friendly disturbances at the library is that spirits are connected to the books themselves.

Boalt says the library includes books dating back to 1677 about witchcraft and the occult, and there are other titles about magic and mystical traditions such as Rosicrucianism and theosophy. The state library also has a first edition book by Arthur Edgar Waite, who is famous for developing a popular tarot card deck, he said.

“There’s some titles here that definitely have an ambiance to them,” says Boalt.

Robinson says there’s been “an increase in reports from staff about strange occurrences” at the library since they’ve brought an old rare book collection — containing books from the 1850s and 1870s — back to Gillis Hall.

But whether or not any librarian-goer believes in spirits visiting from the afterlife, Robinson and Boalt want people to know that the feeling you get at the California State Library is nothing to be afraid of.

“It’s not spooky,” says Boalt. “Maybe it’s just sort of the residual feeling you get in a place that has so much history attached to it.”

CapRadio provides a trusted source of news because of you.  As a nonprofit organization, donations from people like you sustain the journalism that allows us to discover stories that are important to our audience. If you believe in what we do and support our mission, please donate today.