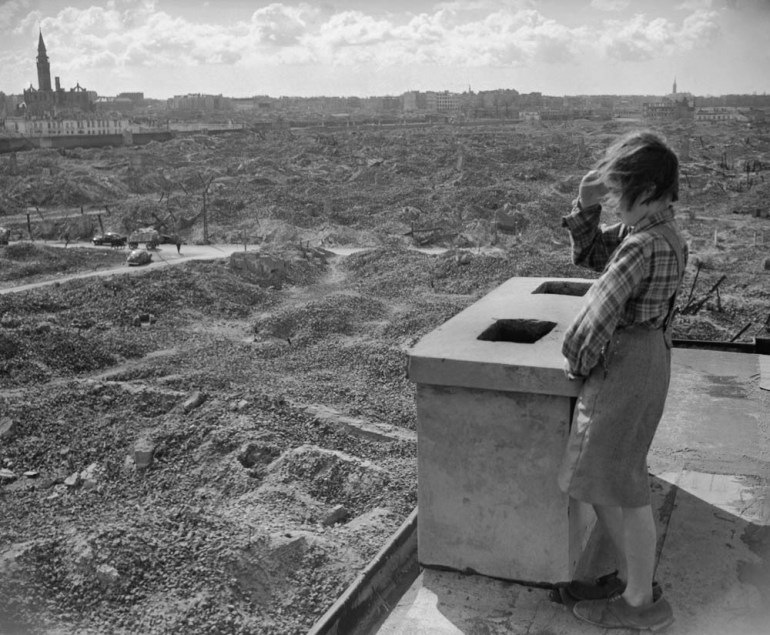 Some residents of the Polish capital’s Muranów district are kept up at night by echoes of violins playing and children’s laughter. Radios are reported to turn on and off by themselves, and — in one apartment — “a whole family of Jews” appears when the lights come on.

In his documentary film “Muranów,” director Chen Shelach explores the “haunting” of the Warsaw neighborhood where Nazi Germany created Europe’s largest ghetto. More than 400,000 Jews were crammed into the Warsaw ghetto, which was burned to the ground when Jewish fighters revolted in April 1943.

“After the war, machines turned the [ghetto] debris into dough from which bricks were made, that in turn were used to build the new houses,” wrote Shelach in his Director’s Statement.

Set to air in Israel to mark the beginning of Yom Hashoah, Israel’s Holocaust Remembrance Day on April 7, the 70-minute “Muranów” explores some of the paranormal encounters reported by the neighborhood’s residents.

In one scene, a woman who lives next to the Jewish cemetery says no one will drink her tap water because they believe it “contains traces of dead Jews.” Another resident said he named his building’s ghost “Rachela,” while some families purchase menorahs to ward off Jewish spirits.

The experience of being haunted, the film suggests, can be traced to the district’s post-war reconstruction. When the ghetto was burned to the ground, thousands of people perished in bunkers. Several years later, all of the “rubble” — including ashes with human remains — was repurposed into bricks for the socialist housing estate of Muranów.

‘Zombie Jews Living in the Underground’

The Jewish ghosts of Muranów are certainly not a secret.

For example, a neighborhood bookstore sells, “Zombie Jews Living in the Underground,” and there’s a well-known saying, “Muranów is a perfect neighborhood for the dead and the living.”

Unidentified woman looks at the ruins of Warsaw’s destroyed Muranów district, where 400,000 Jews were crammed into a ghetto by the German Nazis. The ghetto was razed to the ground in response to Jewish resistance fighters staging an uprising in 1943. (public domain)

The relatively recent “re-ghosting” of Muranów, some authors claim, permits a mediated encounter between today’s Poles and the past. Apart from commemorative plaques and museums, no traces remain of the district’s Jewish heyday. Nearly all of the Jewish residents were murdered at Treblinka or perished in the ghetto.

According to Izabela Ilowska, author of the 2016 novel, “How Long the Night,” Muranów is “a place of absence, emptiness and repressed guilt.” As such, the neighborhood is “a symbolic trigger for investigation and reexamination of the forgotten or suppressed past.”

Despite the erasure of the legendary enclave, wrote Ilowska, “the former Jewish district is present in images, dreams (or nightmares), in fantasies, memories and stories.” 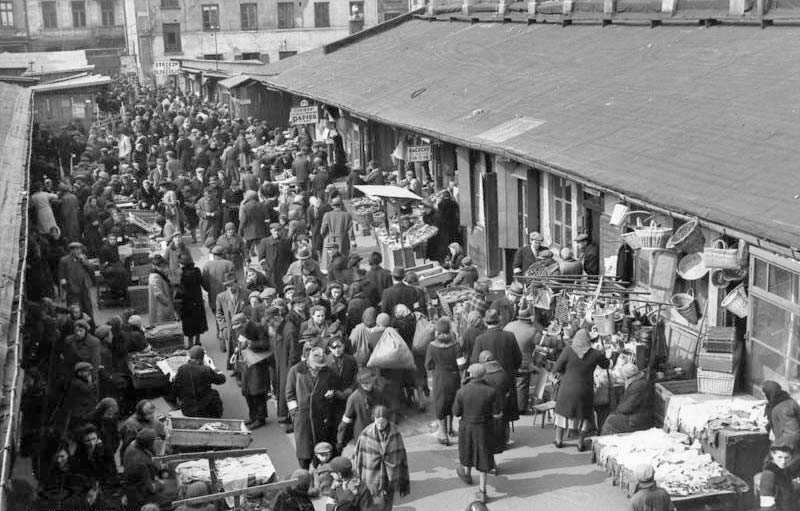 Another Polish author to engage with Warsaw’s Jewish past is Beata Chomatowska, who wrote the book “Stacja Muranów” (Muranów Station) about the “inexistence” of a storied neighborhood once served by three tram lines.

“[My book] is a metaphor for Poland after the war, which largely erased the memory of its Jews,” said Chomatowska of her 2012 work.

An audio-tour based on Chomatowska’s book is offered by POLIN: Museum of the History of Polish Jews. The site of the destroyed Great Synagogue, for example, was supposedly haunted by the ghost of a rabbi who held up construction of a glass office tower for many years. 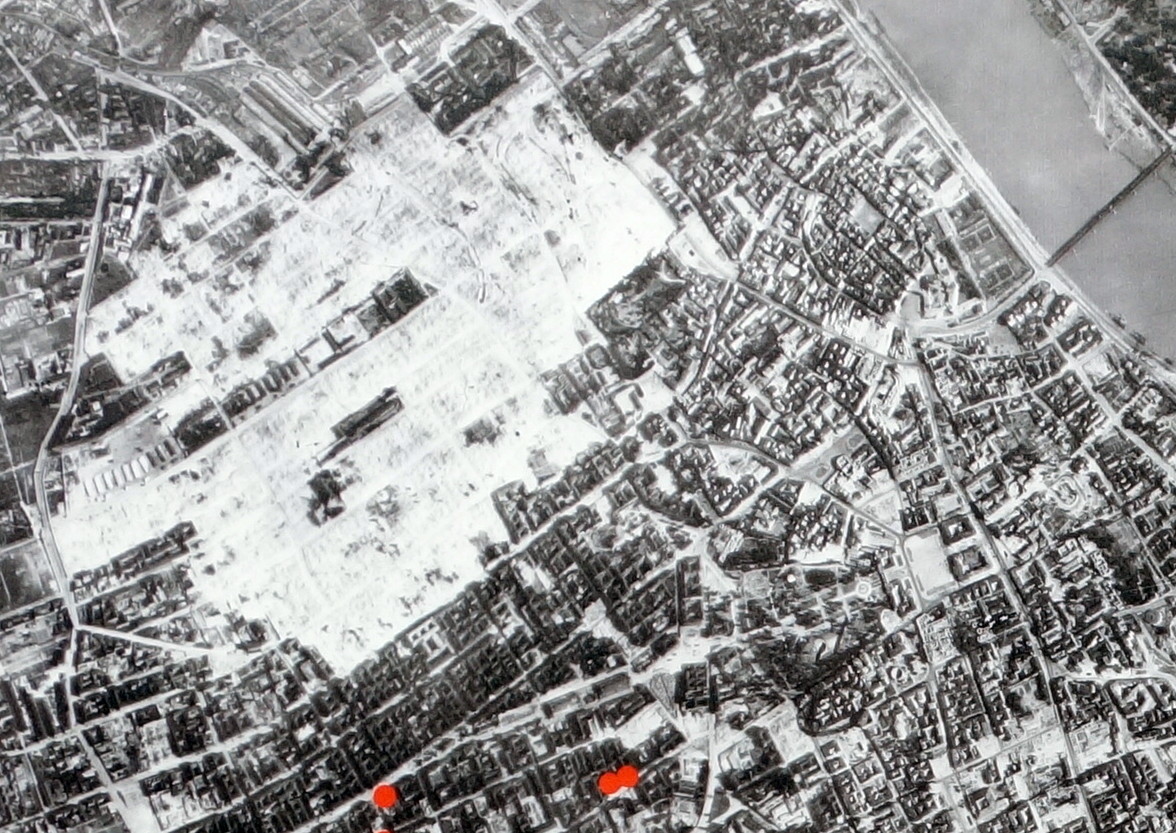 Not every person who encounters ghosts in Muranów runs away from them. Jewish ghosts can be a “therapeutic medium” that provides “a fantasy of avenging or repairing a past harm,” according to historian Magdelena Waligorska, who wrote about the spirits as a form of “healing by haunting.”

In his film, Shelach presents a range of encounters between Muranów residents and Jewish spirits. While some hauntings motivate young Poles to engage in “memory work” about the neighborhood’s history, other encounters would be at home in the niche “Holocaust zombie” genre. 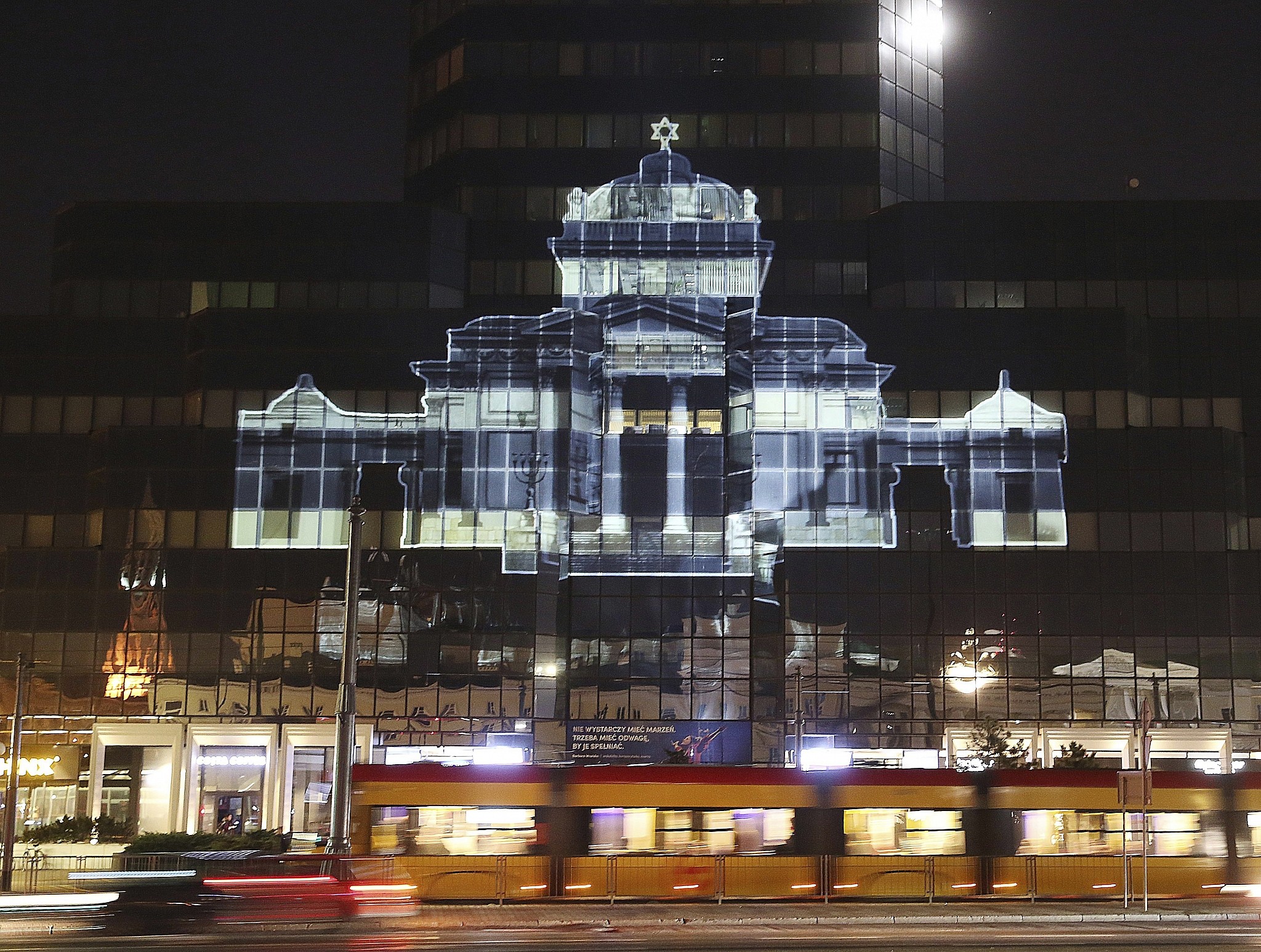 The Great Synagogue of Warsaw, which was destroyed by the German forces during World War II, was recreated virtually with light as part of anniversary commemorations of the 1943 uprising in the Warsaw Ghetto, in Warsaw, Poland, Thursday, April 18, 2019. The multimedia installation, which included the archival recordings of a prewar cantor killed in the Holocaust, is the work of Polish artist Gabi von Seltmann. It was organized by a group that fights anti-Semitism. (AP Photo/Czarek Sokolowski)

In his novel, “Night of the Living Jews,” Igor Ostachowicz depicts Jewish zombies emerging from the ghetto bunkers in which Jews perished. The zombies threaten to flood Warsaw, but the novel was hailed by critics as “a new chapter in the Polish-Jewish relationship defined by solidarity.”

As Ostachowicz wrote, “evil cannot be covered up with debris.” If ghosts are not “respected and accounted for,” he wrote, they will “mix with dust [and] arise one day as a horde of golems.” According to Ostachowicz, the ghosts will “cobble themselves together into bipedal monsters who only know pain, and they will share the pain, running from door to door of our calm apartments.”

One Muranów resident “spooked” out of the neighborhood by ghosts was Holocaust historian Barbara Engelking, who spoke about the experience with an NBC News reporter in 2011.

“It was not like living in the graveyard,” said Engelking. “It was like living with ghosts, and my research made them real.”

You’re serious. We appreciate that!

We’re really pleased that you’ve read X Times of Israel articles in the past month.

That’s why we come to work every day – to provide discerning readers like you with must-read coverage of Israel and the Jewish world.

So now we have a request. Unlike other news outlets, we haven’t put up a paywall. But as the journalism we do is costly, we invite readers for whom The Times of Israel has become important to help support our work by joining The Times of Israel Community.

For as little as $6 a month you can help support our quality journalism while enjoying The Times of Israel AD-FREE, as well as accessing exclusive content available only to Times of Israel Community members.