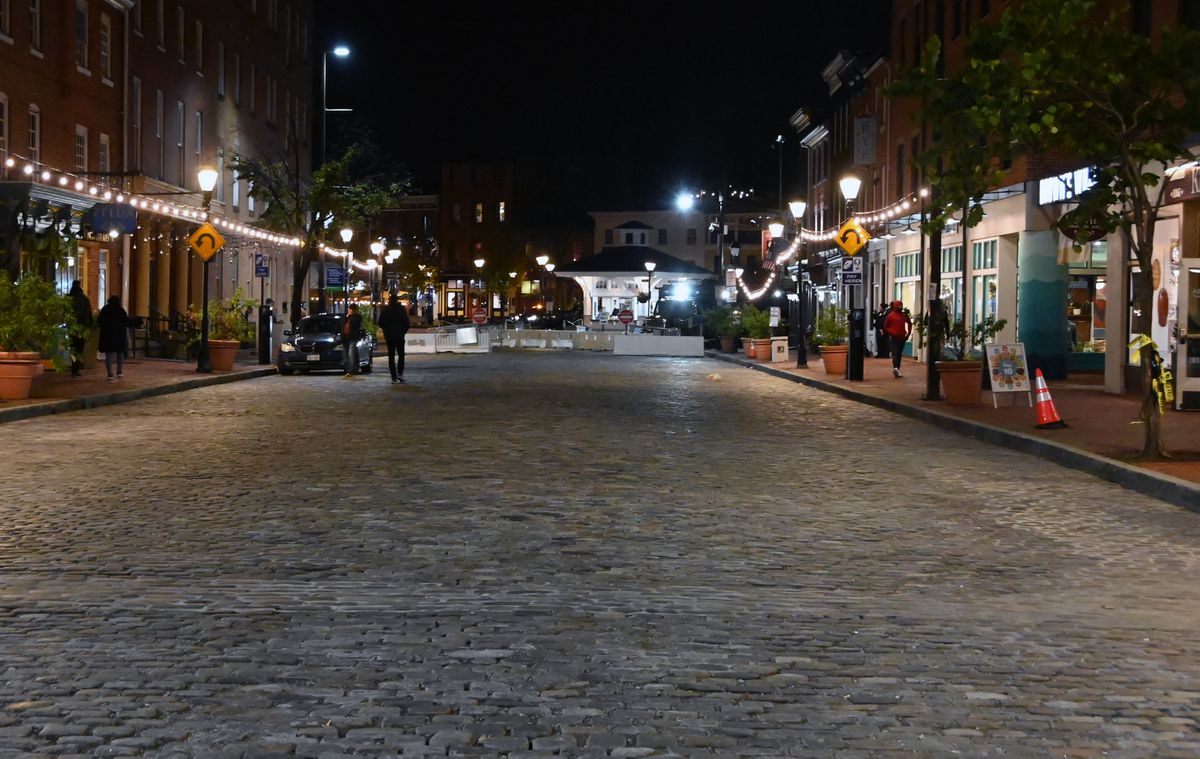 It’s the time of year when some of us crave a good scare. Fortunately, Baltimore is home to many spooky stories.

After all, this city inspired author Edgar Allan Poe, whose grave sits in old churchyard near the University of Maryland Medical Center. It’s the birthplace of the Ouija board, whose inventor is buried in Green Mount Cemetery.

Present-day Baltimoreans go all out for Halloween, positioning skeletons and ghouls outside row homes. Local entrepreneurs have created a haunted house inside the eerily-abandoned Old Town Mall.

But for Melissa Rowell, co-founder of Baltimore Ghost Tours, Fells Point serves as the epicenter of the city’s ghostly activity.

Rowell and her business partner spent three years interviewing residents and poring through books about Baltimore legends and ghost stories. Their company offers guided tours, including a haunted pub crawl with stops at the Horse You Came in On Saloon, which claims to be the last place Poe drank before he was found passed out in a gutter and later died mysteriously in a hospital.

When they began asking around, “some people thought we were nutty,” Rowell recalled.

One legend centers on the Wharf Rat, which recently sold at auction to an undisclosed buyer. In 1907, the pub was owned by a Polish immigrant named John Rutkowski.

As Rowell tells it, Rutkowski recently had purchased a Victrola and a single record: The Star-Spangled Banner. He played it ad nauseam, to the point that one of his customers, his cousin Alexander Annszewsky demanded he turn it off.

Rutkowski refused, and an argument ensued. According an article in The Baltimore Sun at the time, Rutkowski was said “to have resented the tone of [Annszewsky’s] talk and ordered him from the saloon.” Enraged, the cousin took a swing at the saloon keeper, who eventually succeeded in kicking him to the curb.

Annszewsky, who also went by the Anglicized last name of Anderson, left the bar, returning later with his brother, Adam, and a pistol purchased nearby. They shot Rutkowski — who stood by the bar’s pool table — around 5 p.m.

The Baltimore Sun reported that Rutkowski was taken to Johns Hopkins Hospital, where he died, leaving behind his wife and seven children. The brothers were picked up by police and arrested. Alexander Annszewsky was convicted in Rutkowski’s murder in October 1907.

According to the book “Ghosts of Baltimore’s Waterfront,” Wharf Rat employees have reported that cellphones and watches often stop working there around 5 p.m. Rowell even tracked down one former employee who moved to Canada after working at the Wharf Rat in the 1980s.

“She told me,” Rowell said, “that she would do food prep above the restaurant every night and several times she would be there chopping food and there would be a man standing there with tears in his eyes.”

Rowell said she interviewed Rutkowski’s descendants in the area.

“They fully believed that he was haunting the bar,” she said.

In 2007, on the anniversary of his death, his family members gathered at the Wharf Rat to play The Star-Spangled Banner at the bar in his honor.

Bertha’s Mussels nearby was previously a brothel as well as a boardinghouse, Rowell said. Employees have reported seeing a little girl in 19th century dress at various spots in the restaurant.

“We have absolutely no clue who she was,” Rowell said.

She speculated the girl may have been a victim of yellow fever or other epidemics that swept through the area in the 1800s.

Such stories are to Rowell a reminder of the generations of hard lives lived in the area. Taken together, they illustrate a world of violence, death and disease.

“There’s a lot of bad things [that happened] in Baltimore,” she said.

At times, the past is hard to shake. Rowell said that the act of telling ghost stories can seem to summon the spirits themselves. After giving a tour, she said, “Sometimes the ghosts will kind of follow you home.”

One evening, Rowell was walking down Shakespeare Street in Fells Point when a street lamp went out suddenly. A few steps later, a parked car’s lights went on suddenly and another car started honking. She sprinted back to her house on Bethel Street, shut the door and locked it.

Inside the house, a stuffed frog began ribbetting “Jingle Bells.”

“I just lost it,” said Rowell.