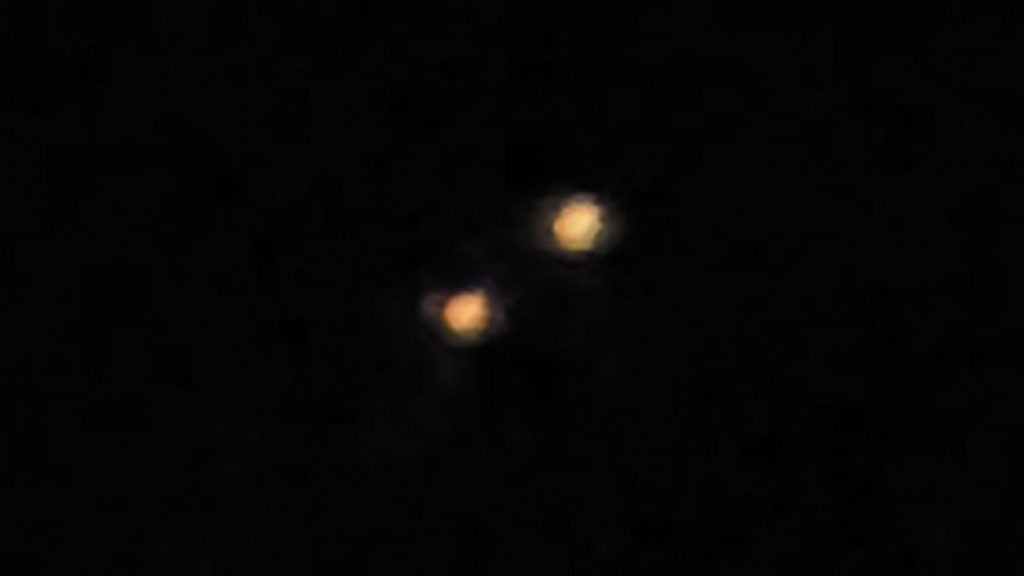 This UFO sighting was filmed over Ithaca, a town in Tompkins County, New York, United States on 26th January 2022.

Witness report: I went sledding with some friends at 11:00 pm on Thursday January 26th at Ithaca College and about midway through at ~11:18 we witnessed three orbs come into view. At first we saw one moving light, and I knew it wasn’t a plane or satellite as it was moving pretty erratically. I initially thought it was a planet as I like to watch the night sky but as the moment unfolded I realized it was a UFO. Out of no where two more orange orbs came into view and stayed for approx. two minutes, the craft that showed up first (on the bottom) disappeared from view in an instant but the two that came afterward stayed a bit. They then proceeded to vanish around two minutes after they appeared. I was really astounded by the experience. I’ll share the google drive video I have with anyone, I was not 100% sober so the full recording is a bit shaky. The last two orbs hung around the constellation Cassiopeia for the two minutes.