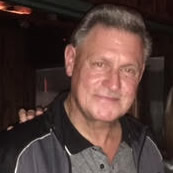 A new season of Ghost Adventures will debut on discovery+ in a couple of weeks, according to comicbook.com, proving that paranormal really is the new normal.

The new spooky season–premiering March 10–will again highlight the adventures of Zak Bagans, Aaron Goodwin, Billy Tolley and Jay Wasley as they “embark on terrifying new ventures–confronting fierce paranormal activity in locations across the globe,” according to the logline.

The locations this time around will include the childhood home of John Steinbeck, a mysterious Montecito mansion Bagans feels has called to him, the Los Angeles Police Museum chock full of eerie artifacts, a doll shop steeped in strangeness and a Nevada winery plagued by a deadly curse.

On a mission to “understand and capture evidence of the afterlife,” the intrepid team meets with eyewitnesses and experts “in an attempt to piece together the haunted history of each site.” Using cutting-edge technology and their “unique paranormal intuition,” they conduct their lockdown investigation to obtain physical evidence of the paranormal.

Bagans said some of their experiences were “simply insane. I’m talking about highly intelligent spirits, poltergeist activity and powerful energy that affected all of us physically and emotionally. The evidence is mind-blowing.”

The eight-episode season kicks off March 10 with Montecito Mansion of Mystery as Bagans “senses a historic mansion with a tragic and mysterious past in Montecito, Calif. When the crew attempts to recreate a séance in the home’s main hall, they capture some of their most compelling evidence to date.”

Thomas A. Tuna is a comic book veteran who began his writing career back in the ’70s with Charlton Comics, contributing to such horror titles as Ghost Manor, Haunted, The Many Ghosts of Dr. Graves and Ghostly Haunts. Most recently, he has served as a writer and editor (with more than a smattering of horror yarns) for such comic book websites as Hyper Epics and Red Moon Features. Some of his favorite horror flicks include Jaws, Salem’s Lot, Dracula (with Frank Langella) and Blade. His favorite horror comic books? Tomb of Dracula (by Marv Wolfman and Gene Colan) and Swamp Thing (by Len Wein and Berni Wrightson).