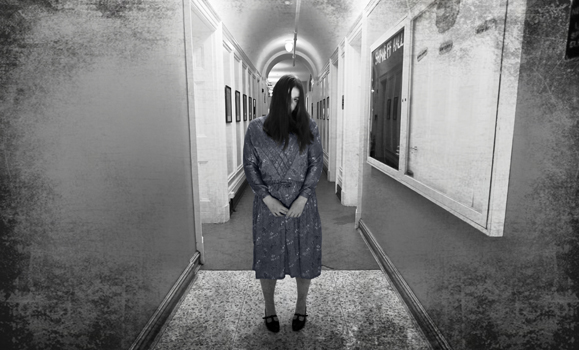 Dalhousie’s oldest residence, Shirreff Hall, has long been haunted by stories of a resident who never left — a young woman, scorned and heartbroken, forever cursed to creep the building’s corridors.

Most of these stories are tied to unexpected happenings: strange sounds, sudden temperature changes, things that turn on or off without any apparent human intervention. But some stories go further, including possible sightings of the woman, named Penelope, hovering through Shirreff’s darker corners

“I was in my room sleeping,” says one current Shirreff resident (who prefers to stay anonymous — perhaps for fear of offending the wayward spirit). “I woke up about 2:30 a.m. and saw a girl standing in the corner of my room, covering her face as if she was crying. And there was no way someone could be standing where she was because that’s where my filing cabinet is.” The girl quickly disappeared — was she even there? — but the student has noticed other strange happenings in her time living in the building as well, like a certain cabinet drawer that opens and closes on its own.

“Before I moved into Shirreff I didn’t believe in ghosts, and I thought Penelope was a fun idea but just a tale,” says the student. “But with my own experience and the tales other people have shared, I am definitely hesitant to deny that Penelope exists.”

Now, we don’t mean to mis-spook… err… misspeak: these sorts of mysterious happenings are not very common. With 440 students calling Shirreff Hall home in a typical year, we’d likely hear about it if a large number of them found themselves face-to-face with a phantom on a regular basis.

Yet Penelope’s story continues to be passed along as fun, freaky folklore that just happens to align with some of the more inexplicable events that occur in a century-old residence house. So, in honour of Halloween, let’s take a look at the story behind campus’s most famous spine-tingling tale.

Ghosts of gender norms past

The story of Shirreff Hall and its ghost are both founded in the gender politics of the early 20th century. The residence — Dalhousie’s first — was built in the early 1920s for Dal’s growing population of female students, many of whom struggled to find housing from local landlords that preferred to rent to male tenants. (Shirreff would remain a women’s residence until the mid-2000s.) And Penelope’s tale of love, betrayal, heartbreak and shame is decidedly wrapped up in sexist and patriarchal expectations.

In the most popular version of the story, Penelope is a maid or caretaker who lives in a suite of servants’ quarters in what is known as the “Annex” space of the building. (In some versions, she’s a student.) It’s assumed her story happens soon after the building was opened — at the very least, sometime prior to its first expansion in 1962.

She falls madly in love with a man — possibly a professor — and ends up pregnant. Her lover abandons her, refusing to help or acknowledge her plight. (Some takes on the story have him fleeing overseas.) Despondent over losing a love she thought true, and unwilling to face the persecution and scorn directed at women who carried children out of wedlock in her era, she makes her way to the fourth-floor tower of the residence, rope in hand, and hangs herself from the rafters. 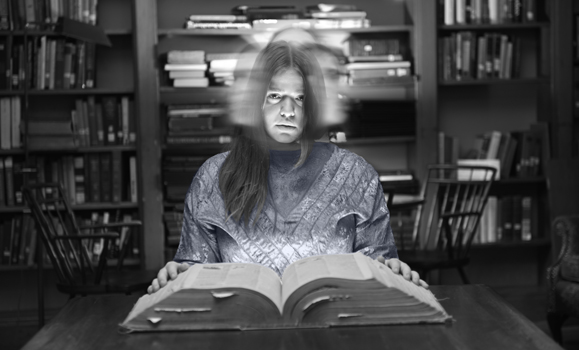 Penelope ends her life — but in doing so begins her tenure as Shirreff’s first and only permanent resident. As generations of students come and go, Penelope remains.

At this point, you’re probably wondering, “Did Penelope actually exist?”

To which we say: what’s the fun in answering that question? Why let the details get in the way of a good spook story?

But if you insist: there isn’t any concrete proof or documentation any of this happened, or that there was even a Penelope at all. In fact, taking a closer look at some specific aspects of the story — like the available space in the tower’s attic, which is not exactly conducive to a hanging — can lead to the whole thing losing its hocus focus.

The Penelope paper trail is also rather sparse. The ghost doesn’t get mentioned in the Dalhousie Gazette until the mid-1990s. Books that have formally documented the tale are relatively modern. You’ll find only the rare newspaper clipping about a Shirreff Hall ghost, usually published around Halloween time. Instead, Penelope’s story — like many ghost stories — has survived mostly through oral tradition, spoken in whispers between upper classmates and first-years, year after year. 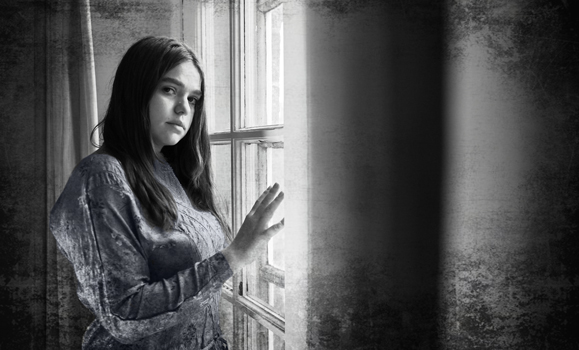 Steve Vernon, a Halifax-based author and storyteller who has written dozens of fiction and non-fiction books about local ghosts — including 2009’s Halifax Haunts (Nimbus Publishing), which features Penelope — first heard tales of the Shirreff Hall haunting when he arrived in the city as a student in the 1970s.

“Back then the story was being told and re-told,” said Vernon. “Everybody who went to Dalhousie or King’s, sooner or later you’d hear somebody talking about it.”

He says the appeal of stories like Penelope’s, how they become folklore, is that they exist in a grey boundary between fact and fiction that allows them to be re-told in different ways. Vernon has even written his own telling of the Penelope tale in his 2016 short story “Old Spice Love Knot,” in which a modern Dal student learns about the Shirreff Hall ghost on her first day on campus and soon finds herself in eerily similar circumstances. Yet the story’s conclusion suggests Penelope isn’t someone to be afraid of.

“I’ve always felt that ghosts aren’t inherently dangerous — they shouldn’t really be that scary to us,” says Vernon. “They’re spirits with unfinished business, who hang around to finish something up.”

Whatever business Penelope may be trying to finish, the way she’s gone about it has typically amounted to little more than polite mischief. 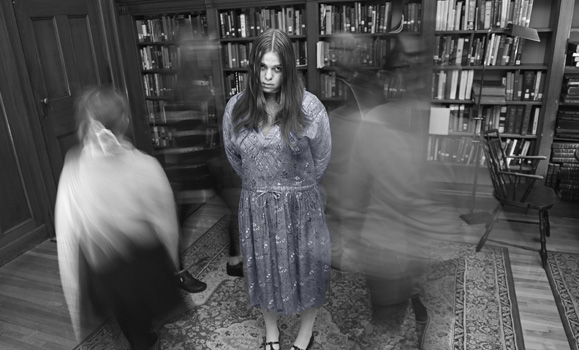 Reports that have been documented over the years (sometimes attributed, sometimes anonymous) include a sweep of cold air like a physical presence; a feeling of being watched; organ sounds without a source; footprints that seem to walk towards the wall and then disappear. And though full-blown sightings are rare, they typically involve a woman wearing a blue dress, known to appear and disappear suddenly — never directly impacting anyone who sees her.

What to make of all this? Perhaps the story is more hokum than haunting. Much of Penelope’s supposed behaviour can be chalked up to normal operating procedure for a 100-year-old building — creeky happenings rather than creepy ones. (Back in 2013, Mateo Yorke — Shirreff’s facility manager — noted that “sightings” had declined since a generator was installed that prevented full-blown power outages.)

But what’s the point of being part of a 200-year-old university if there aren’t a few ghosts wandering the ivory towers? By sharing tales like Penelope’s, students get to contribute to living (and beyond-the-grave) folkloric history of this place, putting their own spin on a story that remains resonant across the decades. After all, it mostly sounds like Penelope just wants to be noticed — something any undergrad can relate to.

And, considering how she was treated, can you really blame her? 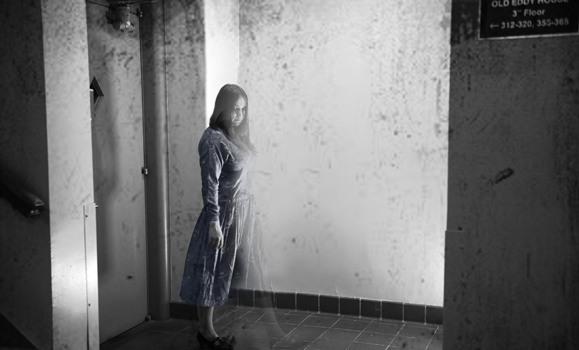 All comments require a name and email address. You may also choose to log-in using your preferred social network or register with Disqus, the software we use for our commenting system. Join the conversation, but keep it clean, stay on the topic and be brief. Read comments policy.

Please enable JavaScript to view the 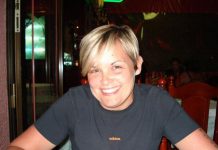