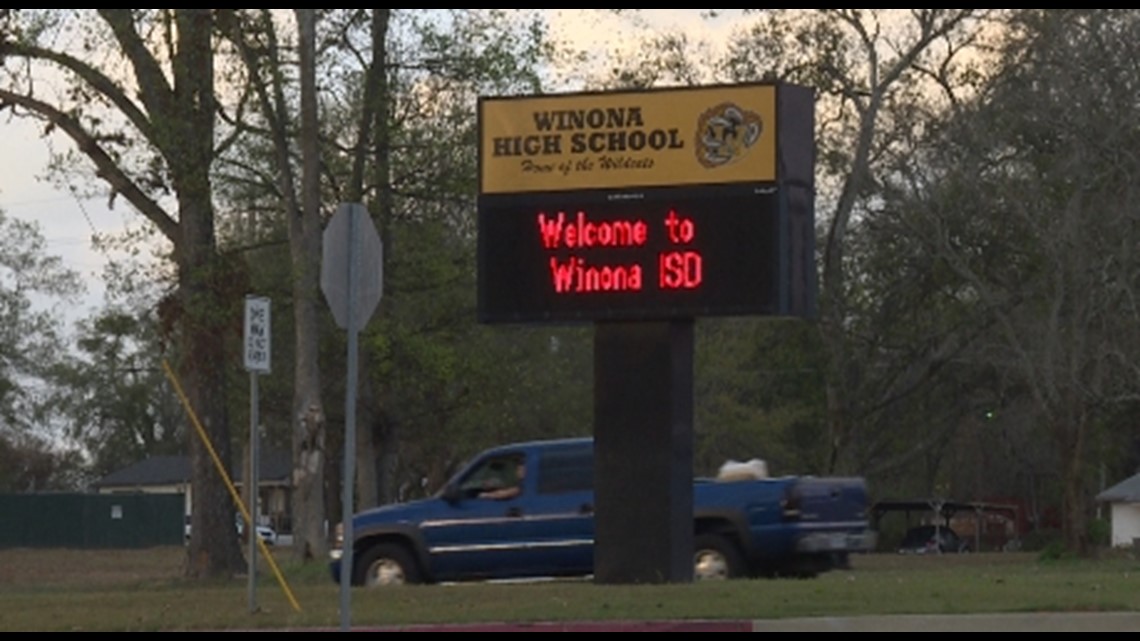 The affidavit stated the sophomore said to police he had a death book for people who have been “bullying” him.

WINONA, Texas — **EDITOR’S NOTE: CBS19 has chosen not to identify the student or display his mugshot due to him being a minor.

A Winona ISD sophomore accused of making threats of a school shooting and having a “death book” with the names of people who were “bullying” him has been indicted.

The student was arrested on Dec. 9 last year and booked into the Smith County Jail, where he remains on a $1 million bond.

He was indicted on Feb. 24 in the 7th District Court, online criminal records show.

An investigation began after an anonymous tip was made and later assigned to FBI Tyler Division and Smith County Sheriff’s Office investigators on Dec. 8.

According to an arrest affidavit, the 17-year-old student was required to wear a clear backpack because his words and actions caused other students to fear he would bring a weapon to school and harm them.

Police said the suspect had a “death note” notepad with five names on a page and drawings and symbols on other pages. Students reported to school administration that he said if he wore a yellow shirt to school it meant he was going to “shoot up the school,” according to the affidavit.

The suspect later denied the shirt comments to the staff. The next day after the comments and two days after a school shooting in Michigan, he wore a sweatshirt with yellow draw strings, which caused some students to fear he would go through with his threats, the affidavit read.

He was asked to change and returned with a shirt that had a yellow logo. Administrators asked him to turn the shirt inside out.

A high school staff member said she saw the sophomore drawing a picture and that he said, “I have to draw the dead white girl,” instead of doing his schoolwork. He later told the employee he just wanted to kill the girl and finish drawing the picture.

A staffer told police the suspect said he was “a Mason and part of being a Mason is you have to kill someone,” the affidavit stated.

According to the affidavit, the school employee told police that during fall 2020, the 17-year-old said regarding a school shooting that “it would be easy to do that here.”

The affidavit stated the sophomore said to police he had a death book for people who have been “bullying” him and he would write “dark matter, equations, notes cryptozoology and assignments.”

The student accused of the threat said to police he never threatened to take a gun to school and does not have intentions of shooting up the school, the affidavit read.

RELATED: WARRANT: Winona sophomore arrested for terroristic threat had ‘Death Note’ with names of 5 people on it