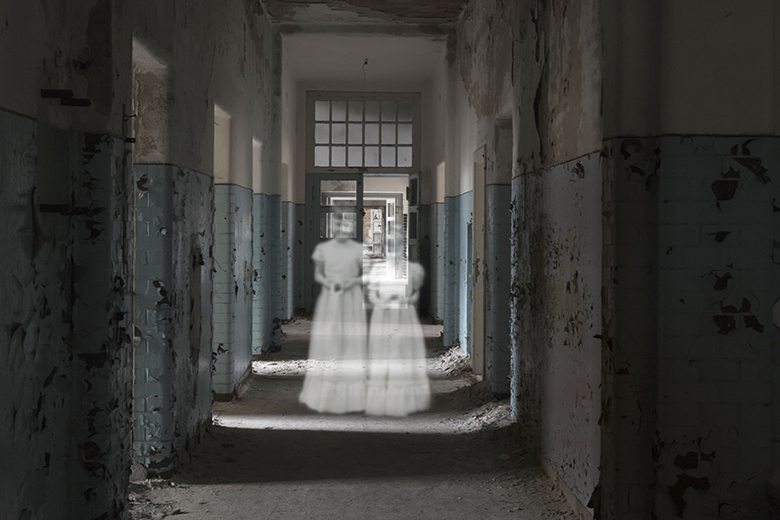 There are several good reasons why academics might be wary of studying the paranormal. Colleagues can be incredulous, hostile or mocking. The main journals in the field are hardly prestigious platforms for career building. And the research engages with some very weird people, who tell stories that many scholars would find unsettling – or, more likely, absurd.

Neil Dagnall, reader in applied cognitive psychology at Manchester Metropolitan University, has some good examples. He once helped organise a tour of Ordsall Hall, a local 15th-century building reputed to be haunted. Afterwards, he says, “one of the volunteers told us the tale of how, despite not believing in ghosts, he had felt a strange presence in one of the main rooms. Following this, the presence migrated to his home nearby, where it left him feeling uneasy and uncomfortable. For a time, he avoided returning home and would stay out as long as possible.” Other people then “admitted to similar experiences”.

Then there are the testimonies reported in Dagnall’s co-authored 2017 paper in The Australian Journal of Parapsychology, “Understanding the unknown: a thematic analysis of subjective paranormal experiences”. “Trevor” remembers lying in bed and hearing a sound “like an axe murderer trying to get into the door”; when he goes downstairs the next morning, he finds that an oak bookcase “had gone across the landing and down the stairs”. Another person, “Sarah”, continued driving her car despite having “a really strong sense of unease when looking over my shoulder, or when looking in the wing mirror”. And when “Tracy” discovered a coin behind a cupboard, she was freaked out when it turned “really cold all of a sudden”. Many people would no doubt find such bizarre material either baffling or amusing, but hardly worthy of serious study.

So what is it like for academics to venture into the strange world of alien abductions, ghost sightings and poltergeist experiences?

This year marks the 20th anniversary of a course in parapsychology at Manchester Met that now forms part of a popular final-year elective module in cognitive affective neuroscience and anomalous psychology. Previously run by Dagnall, it is now overseen by Ken Drinkwater, senior lecturer in cognitive and parapsychology.

Both admit that the topic has fascinated them since long before their university days. Drinkwater, for example, recalls a childhood watching television documentaries about ghosts, the Bermuda Triangle and other supposed mysteries – not to mention hearing ghost stories directly from family and friends – and “wanting to believe…You want to scare each other and be part of that. In my late teens I did go into graveyards, experiencing with friends what that feels like.”

Similarly, Dagnall was “very impressed” by the mentalist the Amazing Kreskin, who, in the early 1970s, “examined the paranormal in a critical, analytical and fascinating manner”. This period was notable also for the emergence of famous cases such as the Enfield Poltergeist and the Amityville Horror – which, together with Dagnall’s “fondness for horror, set the foundation for an academic interest in the paranormal”.

But how to situate that interest in a firm intellectual framework? Owing to “traditional scientific cynicism” and parapsychology’s “focus on investigating unusual subject matter and a history of extraordinary claims”, as Dagnall puts it, practitioners are keen to make it “an incredibly rigorous and self-conscious discipline”. Although he regards the main journals as “world-leading”, he admits that they “lack good impact as indicated by number of citations”, since only “parapsychologists generally read parapsychology articles, whereas general psychology is relevant to a much broader readership”. Furthermore, it can be easier to “promote work that has a solid statistical basis” since quantitative journals “are more interested in outcomes” and less inclined to be put off by unconscious bias against outlandish subject matter.

All this is very much reflected in Drinkwater and Dagnall’s approach to the subject. The former’s PhD developed a rigorous new scale for assessing people’s level of paranormal belief. He still teaches mainstream cognitive and neuropsychology as well as “how parapsychology is underpinned by them”. Students develop their understanding of scientific method by trying to replicate and extend previously published findings. And much of the research carried out at Manchester Met is heavily statistical, examining questions such as the proportion of people who have had at least one subjective paranormal experience (42 per cent in one survey); correlations between paranormal belief and certain “thinking styles”; and recurring motifs in “ghost narratives”. Articles aimed at a more popular readership, published in The Conversation, offer alternative rational explanations, such as electromagnetic fields, toxic hallucinations or brain science, for “spooky” phenomena that are sometimes attributed to supernatural causes.

Moreover, the department’s research is not focused solely on what would traditionally be called the paranormal. It is also interested in belief in conspiracies, urban legends and fake news, and another of its projects, as Dagnall tells it, is examining how the psychological models that it is producing in relation to such “scientifically unsubstantiated phenomena” also “extend to other forms of belief”. One such model “derives from the observation that people generally base their view of the world on one of two thinking styles”: the analytical, which is “based on consideration of objective information”, and the subjective, which is “emotion-driven and derives from intuition and personal experience”.

Believers in the paranormal, unsurprisingly, are “inclined to experiential thinking”. But that mode of thinking can be problematic in other contexts. For example, when reacting to terrorism, subjective thinking can “motivate behaviour changes that are at odds with real-world risk” in statistical terms, Dagnall says.

It seems clear that Drinkwater and Dagnall’s research is methodologically robust and sometimes addresses important real-world policy issues. But what are their own feelings about interviewees who believe that the moon landings were faked or that ghosts have moved their furniture?

“My own opinions should not directly inform my study of the paranormal,” Dagnall responds. “The key, in both research and learning, is to remain as objective as possible.” However, the pursuit of objectivity “requires acknowledgement of preferences and prejudices. Hence, I openly admit I am not a ‘believer’ in most aspects of the topic.”

In their direct dealings with their subjects, the researchers take the approach of “compassionate scepticism”. According to Dagnall, “this refers to the notion that while not believing generally, we do not attempt to debunk and demystify the beliefs of others. In the case of ghosts, for example, we look for psychological reasons for why people report sightings and experience encounters but do not use these to dismiss the phenomena out of hand. It is impossible to reach definitive conclusions on topics such as life after death – we can only say what, based on prevailing scientific evidence and thinking, is probable.”

Hence, Drinkwater’s latest research into the psychology of “passionate believers” in their own possession of psychic abilities is not motivated by any interest in “pulling down” what clairvoyants or tarot card readers do. The focus of the project – funded by Portugal’s Bial Foundation, which aims to “foster the scientific study of the human being from both the physical and spiritual perspectives” – is, rather, on “understanding what mechanisms they employ, what they think, how they see the world, the kinds of experience they have… My personal view is not important. I’m interested in what they have to tell me. If I was a total believer, that would skew how I did my research. If was a total debunker or sceptic, that would perhaps [do the same].”

Furthermore, Drinkwater emphatically rejects the notion that “there’s [intellectual] deficit in believing in the paranormal. That’s not what I’m saying. You could be the smartest person alive and believe in the paranormal.”

But for all their efforts to tread lightly, the researchers’ scepticism can lead to some striking reactions. Drinkwater, for instance, has taken part in radio programmes about Halloween, Friday the 13th and superstitious beliefs. Just before appearing on one to discuss Christmas, however, he was told “‘You mustn’t come on and say “Father Christmas doesn’t exist”’ – as if I was going to kibosh Christmas for everybody!”

Then there was the man who objected to their published explanation of the so-called Mandela Effect: collective false memories such as the frequently encountered belief that Nelson Mandela died in prison during the 1980s. To prove his point, he pointed to differences in the number of people visible in John F. Kennedy’s car immediately prior to his assassination in different contemporary photographs, Dagnall says. Rejecting the more mundane suggestion that the discrepancies are just the result of different camera angles (or Governor John Connally and his wife ducking from view to avoid being shot), he was “dogmatic and unshakeable” in his belief that the pictures provided evidence of a multiverse – that opened up the possibility that Mandela could be both alive and dead at the same time.

Studying the paranormal, in Dagnall’s view, means engaging with “intriguing ideas that question the limitations and capacities of the human mind” and are “fundamental to the experience of being human”. Although the field is not taken very seriously within the academy, the wider public feel differently. While they “generally ignore academic psychological topics, parapsychological concepts attract great attention”, Dagnall says.

“The public love paranormal research,” agrees Drinkwater. A series of short pieces they published on The Conversation website received 1.7 million page views: “by far the highest” for any article written by Manchester Met researchers. Since the pair have developed their research “pretty much under our own volition, without any real support”, Drinkwater was disappointed to receive little credit for the publicity this brought the university.

Dagnall agrees that parapsychology “deserves much more respect” than it typically receives, and he insists that his work with Drinkwater is “in many respects world-leading”, often appearing in the field’s leading journals. “These are important esteem factors that deserve recognition and merit support and investment,” he says.

However, he denies wishing he had chosen to specialise in a less controversial branch of psychology. His long-standing personal interest in “the parapsychological world” and the opportunity it affords to run a large final-year undergraduate option “compensate for some mainstream resistance”, he says.

“So I have no regrets – and [I have] the comfort that general interest in the area is intense and sustained.”