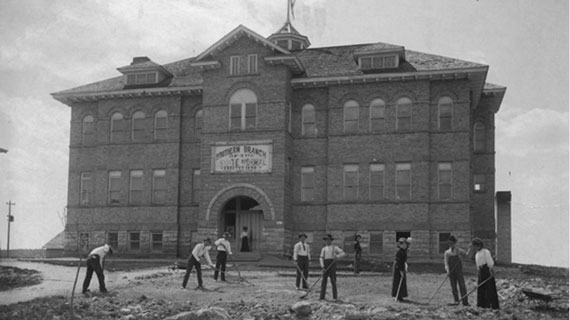 Southern Utah University is known for its long history of tradition and excellence, but with that history comes a dark past. Over the years, accounts of ghostly hauntings and paranormal sightings have been passed down from generation to generation.

While the stories we tell today far exceed the old ones in colorfulness, the thing that has remained constant over the decades is the students’ hesitancy to pass by Old Main late at night, or especially linger on it’s third floor alone.

Earning the crown as the most talked about, spotted and heard resident ghost is Virginia, who in 1898 was supposedly murdered by a boyfriend in a quarry just east of Cedar City. Coincidentally the same bloody rock Virginia’s body was found on was used to build Old Main, and according to campus folklore, Virginia is forever bound to the building.

Now that her body is eternally tied to the brick-laden prison, Virginia is said to roam the top floor of Old Main and in 1948 became an alleged arsonist when Old Main burnt to the ground, 50 years after her brutal murder.

Dr. Jeorde Spear, a professor of parapsychology with the University of Utah, was supposedly hired by college officials to investigate the supernatural claims, and he reported his findings to a student journalist.

Spear stated that the malevolent Virginia took her revenge by setting fire to the building. Coincidentally the morning of the fire, a man had began his first shift as a custodian, the same man who 50 years before was acquitted for the murder of Virginia and had returned to campus for the first time that morning. During the fire a bell crushed the newly hired custodian and Spear claimed that Virginia was seen laughing as her murderer received his punishment. 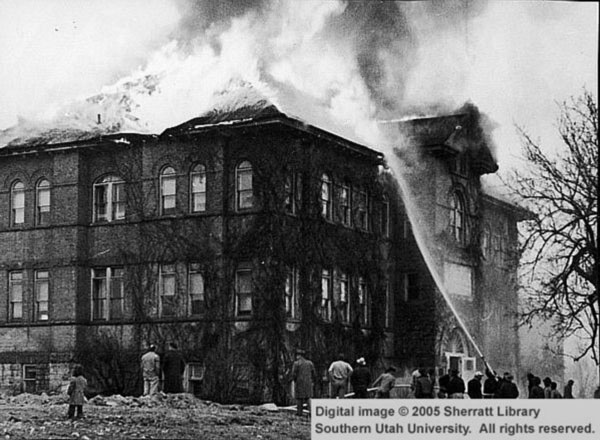 Those who are still unsure of the truthfulness of this story may be persuaded after hearing the evidence Todd Prince (’86), member of Southern Utah Paranormal (SUP), has collected during his investigations of several campus buildings, including Old Main.

“I enjoy the mystery of the unknown, so when I heard the rumors about campus paranormal activity, I had to learn more,” said Prince. “While investigating my team and I recorded noises of piano notes, a ringing cow bell, breathing and ultimately a voice saying ‘go away.’”

Prince, along with SUP, has conducted several other investigations at the Adams Memorial Theatre, the Auditorium and the Randall L. Jones Theatre, but what they heard is no act.

Rumors have circulated around the haunted theatres with actors not traveling through the underground tunnels connecting the Adams Theatre and its dressing rooms, stating that there are children and a man in a top hot lurking in the corners, whistling and reciting lines.

While investigating the different theatres Prince and his team may have found evidence to support the many claims of paranormal sightings. With digital audio recorders, SUP team members heard eerie breathing, movement in the rafters, and even a few spiritual whispers.

But Prince reassures that these lingering energies aren’t here to harm. He said, “Majority of the time these ghosts or energies aren’t evil, they are just confused over how they died or why they are still lingering amongst the living.”

Don’t believe any of these tales? Maybe you need to learn for yourself, if so take a tour with a few of your peers. Feeling brave? Linger around Old Main after dark; Virginia likes to make her appearance around midnight. 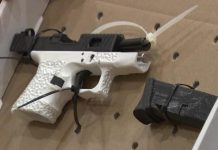