A new study published in Spirituality in Clinical Practice explains that an individual experiencing hauntings and ghostly experiences may have ‘Haunted People Syndrome.’

Collaborators Jim Houran and Brian Laythe, along with other colleagues, recently finished a five-year research program which culminated in twenty peer-reviewed research papers and their recent book, “Ghosted.”

Their primary goal was to use research to build a better understanding of hauntings and related paranormal phenomena.

Haunted People Syndrome was one of the primary theories built out of this research.

According to the researchers, many of the reports of hauntings and the people involved in them can be understood by treating the events as “symptoms.”

“Just like symptoms of the flu, the severity of the diagnosis is a function of the degree and rarity of symptoms and their length,” explains Laythe.

Another important predictor of anomalous experiences is ‘transliminality.’ As a concept, transliminality refers to the boundary between the conscious self and unconscious self, as well as the outside environment. In parapsychology research, it has been associated with extra-sensory perception, out-of-body experiences, and visionary-like experiences in general.

When trying to understand the factors that prime an individual for a haunting episode, the researchers found that hauntings were almost always a mixture of the right person within the right environment.

The researchers also draw attention to the pressing need to recognize and treat ghostly or paranormal experiences as real.

Laythe points out that ghostly episodes, shamanic experiences, and general high strangeness have been well documented throughout history. Furthermore, over 100 years of modern empirical psychology show they are not going away despite changes in society’s zeitgeist.

“Clinical professionals certainly do not tell people with anxiety or depression that their experiences are not real or valid,” highlights Laythe. “At the very least, Haunted People Syndrome is a valid cross-cultural commonly experienced phenomenon and should be treated as such.”

For anyone who has experienced a haunting and might be struggling to come to terms with it, Laythe has the following advice:

“In these sorts of experiences, knowing that your experience is actually not uncommon and has some predictable components is often helpful,” he explains.

According to Laythe, whether people choose to interpret anomalous experiences as ‘paranormal’ or not, they do not have to feel alone or crazy for having gone through them due to the following reasons:

“Obviously, this is the most controversial characteristic of Haunted People Syndrome, but we would note that our model remains predictive regardless of the reader’s personal preference for mainstream or paranormal explanations,” clarifies Laythe.

In the future, the researchers hope to start exploring transliminality in the context of religious and ritual practitioners, who regularly and purposely invoke these types of phenomena.

“We strongly suspect these groups have developed significant mental processes and methods for facilitating their transliminality towards spiritual/experiential goals,” Laythe explains. “Further, we hope to test and further confirm the Haunted People Syndrome model, both in case studies, as well as collaborating with clinical psychologists to address how to include and incorporate haunting and religious experiences into meaningful and beneficial therapeutic experiences.”

A full interview with Brian Laythe discussing his research can be found here: Here’s what you need to know about seeing ghosts and other haunting experiences 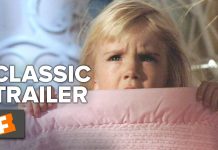 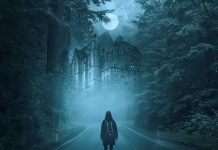