Home Paranormal News The ‘most haunted house’ in Burton and you can visit it –... 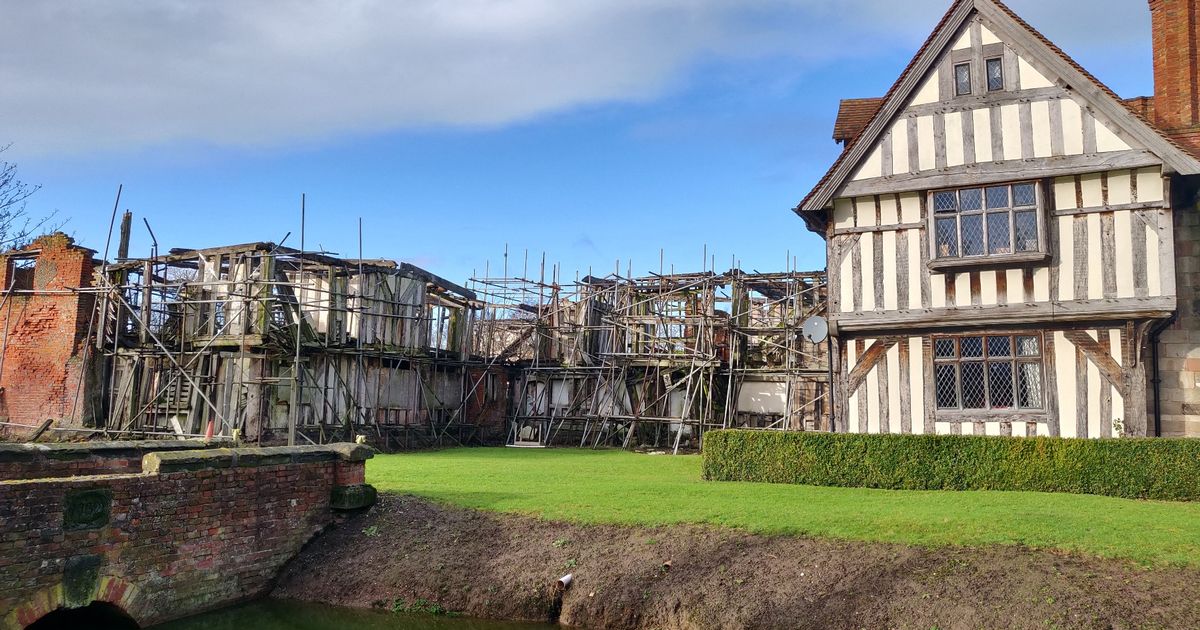 The ghostly voice of a girl singing and a glimpse of the famous white lady are set to be some of the highlights of a paranormal event inside Burton’s most historic house. Burton Ghosts Walks is taking a look inside arguably the most haunted house in the town with people previously saying they have been pushed and pulled, and had their hair stroked when nobody is there during ghostly encounters.

Well known for being the site of ghostly activity among paranormal fans, visitors to 15th century Grade II listed Sinai House, off Shobnall Road, in Burton have reported a phantom horse-drawn coach, a hanged witch and a hooded monk who appears at the foot of the bed in a bedroom at the property.

Sir Henry Paget, who was Wellington’s second in command at the Battle of Waterloo, is also said to still roam the grounds, as well as the grey lady spotted on the bridge over the moat who is said to belooking for her lost love.

TOP STORY: Tributes to ‘loving son’ and special friend to many who has died

Famously Sinai House is thought by some to be the site of the Holy Grail, that it is claimed Jesus Christ drank out of at the last supper. It has eluded historians for years and could be hiding in the dark, dank tunnels beneath a historic house, it has been claimed.

Now Burton Ghosts Walks is to try to communicate with the other side with a psychic walk and séance at the house, it says. A spokesman for the group said: “Of course the reason to come on a ghost walk and paranormal events are ghosts and paranormal activity and there is plenty here – in fact 168 of them. From demons to witches, the famous white lady and monks encountered by TV’s Most Haunted and Help My House is Haunted to the singing little girl caught on EVP to the unnamed coach man.

“Over the past 20 years paranormal enthusiasts and investigators have been visiting Sinai for the vast amount of paranormal activity and evidence of the ghosts that reside here. Sinai ghost walk has taken place for nearly 20 years. Without us knowing what was going on beneath us. It was not until the visit from Help my House is Haunted that the revelation came that the Holy Grail was under our feet.

“The Holy Grail was the cup that Christ drank out of at the last supper. It was said to be held and protected by the knights templar. Who, legends have it, moved the Holy Grail in the 13th century from Jerusalem to a new hiding place.

“According to a local historian the actual Holy Grail is underneath the house. The theory being that the founder of the Templars [knights who fought in the crusades] was ancestors of the Pagets who acquired the house after 1539 and hid the Holy Grail. Prior to this it was originally hidden by Burton Abbey. Being a ideal location a long distance from the sea for foreign attack.

“In the 19th century a tunnel was found from the house to caverns and tunnels underneath. They attempted to go down them but where beaten back by fumes. If the Grail is there or not the paranormal activity from the Templars certainly is as they have made there presence felt. They have been seen and physically touched people.

“There are a reputed 168 ghosts including the white lady of Sinai. The singing girl (caught on EVP), and a ghostly army of cavalier soldiers who terrified a whole audience of visitors with their appearance. In recent history it was a location of modern witches who where said to worship around the well.

The event will take place from 7pm to 9pm on Saturday, September 17 with a psychic walk and séance. Tickets cost £20 per cent and can be booked by visiting https://burtonghostandhistorywalk.co.uk/2022/07/07/sinia-psychic-walk-and-seance-7-to-9-pm-on-the-17th-of-september/?fs=e&s=cl

The 15th century Grade II listed Sinai Park House, off Shobnall Road, Burton, was once a respite for monks and home of the famous Paget family, but is crumbling away having been neglected for many years. Sinai Park House is among the top seven per cent of important heritage buildings in England, but it is also on Historic England’s At Risk Register.

Neglected puppy not fed properly and was very underweight