If ever a novel set out the territory that its author would continue to travel, Shaun Prescott’s debut The Town (2018) did just that. It was like the indie boy band that smooths all your favourite punk acts into a one-stop melange.

When I reviewed The Town in these pages in 2019, I noted in particular how Prescott was able to synthesise elements from the late David Ireland and Gerald Murnane to create an augmented Australian realism. Like Murnane and post-plot novelists such as César Aira or Ottessa Moshfegh in My Year of Rest and Relaxation, Prescott wants the reader to focus on the poetics of variation within limited settings, scenarios and language.

Why? In The Town, Prescott took this approach in order to sit with his creatively blocked and socially awkward narrator. It didn’t totally work; the idea couldn’t endure the length of the novel. But in Prescott’s latest, Bon and Lesley, the banal and repetitious nature of the novel’s voice and structure create a more purposeful horror story of uniquely local proportions.

Readers of The Town will find some stylistic consistencies and familiar themes in Bon and Lesley.

The setting is a regional town and, as in the last novel, the town is disappearing in its way. There is, again, a mild class tension between an outsider and the town’s “original” inhabitants, and the related ethnographic curiosity or attraction that outsiders have towards the town and its inhabitants. The narrative is similarly affectless in tone, focused on procedural action and noticing emotional states, without milking them for drama.

Finally, there is something I consider truly Prescottian: the sexual ambivalence and even asexuality of his characters’ intentions. In The Town, this was a depressive trait of the narrator, but in Bon and Lesley the almost mindless rote expression of physical intimacy and the subconscious appeal of gendered role play become the disturbing point of the story.

With Bon and Lesley, Prescott acts as psychoanalyst to late-capitalist, lower-middle class Australian settlement. Some might imagine this a condescending subject for a “literary” author. But remember: most Australian writers are paid less than a blue-collar wage for their work, regardless of their education or origin. Most of us will at some time rely on Centrelink and work multiple casual jobs; most of us will be supporting partners or children, while living in modest outer-suburban or regional locations. Australian writers know the town, its history, and the people in it.

This is important to note because where Bon and Lesley ends up is not pretty. In the final section of the novel, Prescott’s vision of his society becomes as nasty as it can be without twisting into a sour grimace. I am not talking about graphic violence, but skin-crawling, psychological dysfunction at a perfectly normalised level.

It is the sort of thing that non-Indigenous Australian writing and media has excelled at representing for a century: a society picking at its own scabs, cuddling itself, blazing up and watching the ghosts of its disorder come streaming in while it lies drunk on a soft couch.

Read more: A look through A Million Windows by Gerald Murnane

The setting of Bon and Lesley is Newnes, which is located west of the Blue Mountains in New South Wales. Prescott transports us there with an epigraph from Eve Langley’s The Pea-Pickers, which is set in Gippsland, but is the hit novel of an author who died alone in a hoarder’s hut in the Blue Mountains. (Remember what I said about Australian authors and economic marginalisation?)

Outside the novel, this is the eastern side of Wiradjuri Country. On the descent from the Dividing Range, it is a fringe zone where altitude drops into the continental basin; it is the entrance to the massive, Triassic Capertee Valley and Wollemi National Park with its remnant stands of Gondwana species. Outside the novel, the Newnes area is famous in cryptozoology circles as the site of the only alleged recording of Yowie vocalisation. It is also a heritage mining site, a “frontier” hamlet on the tourist trail.

Inside the novel, Newnes is a version of more populous neighbouring towns: a semi-industrial regional centre with a plaza, parking lots and a chicken shop, and an abandoned blast furnace resembling the one at nearby Lithgow. Inside the novel, the colonial apocalypse is happening again – but this time it is happening to the settlers.

The slippage reflects the way Prescott seals his characters and readers inside the void that is Newnes. Bon and Lesley are the outsiders, commuters who stop by on the train from the city and never leave. Their paralysis is not only psychological; we discover midway through the novel that the train service has in fact ceased since their arrival.

It is reminiscent of the experience of millennial modernism in Australia, in which suburban expansion is paradoxically defined by withdrawn services to the regions. It also alludes to the Australian gothic trope we find in the novel and film Wake in Fright, in which the outsider may enter but not leave the town and a sense of clock time quickly melts upon arrival.

Read more: ‘That’s not us’. Wake in Fright at 50, a portrait of an ugly Australia that became a cinema classic

From here, Prescott can only decentre the decentred. Bon and Lesley are taken in by Steven and his supposed brother, Jack. They quickly establish a coercive mateship based on circumstance and co-dependence, rather than shared values or kinship.

One section each is focalised through Bon and Lesley, followed by a third chapter, omnisciently narrated. We don’t really learn much about Bon or Lesley through this structure. Rather, they offer very free and very indirect impressions of proceedings.

The found family’s routine consists of meals foraged from the food court or, as the pickings become slim, the service station. Rum is consumed from morning to night. The creation of domestic busywork and tiny dramas around habit and propriety become important, reproducing the routines of a bourgeois family.

Bon and Lesley yearn to escape to the tiny backwoods mining town of Sofala, the location for Peter Weir’s auto-horror film, The Cars that Ate Paris (1974). Their dream is steadfast despite the constant bushfires and yard fires that lick their neighbourhood. In what must be the most grim representation yet of eastern Australia’s recent fire trauma, long traipses to the shops continue through grit-hazed air and blackened skies. The pedantically planned getaway to Sofala is curtailed because the road is aflame.

This dysfunctional ecology and culture is the breeding ground for what is happening within the miniature society of the family. From the moment Bon and Lesley meet Steven and Jack, they are aware of the presence of Colossal Man. The void at the centre of the novel, Colossal Man is a true horror presence: a faceless and speechless mass of flesh aimlessly cruising the curb (I imagined the Baron from Dune, or maybe Les Murray stuffed into a hatchback).

Colossal Man lives in a Eve Langley-like bush hut with an underground lair. He writes fascist literature and possesses an unspeakable hard drive. Jack is his incel apprentice.

Prescott chooses never to depict the contents of Jack’s and Colossal Man’s computer screens or DIY publications, though we know that Lesley recoils from them. In one sense, this is a classic horror technique, allowing readers to imagine their own worst fears.

On the other hand, Prescott is refusing to reinscribe the violence. It is not the kind he wants us to be concerned about. Once we come face to face with Colossal Man through Lesley, we realise that the impact of his material is meaningless compared to the ordinary degradation of the town. Colossal Man, the novel’s monstrous child, is just a symptom.

The devolution of the characters over the course of the novel is nothing short of abject. The horizons of the four protagonists are reduced to their safe, flat roles.

When sexual contact occurs, it is furtive frotting and bothersome embracing of or by Lesley. She develops a routine, which involves drinking cask wine, setting out snack platters, maintaining regular bedtimes, and praising Steven and Jack as they relax in front of Star Wars. Initially the plucky leader of the family’s destiny, and quite an action hero in her way, Lesley comes to relish her role as mother to “the boys” (another allusion: to Stephen Sewell’s and Rowan Wood’s menacing film of that name). When Lesley stops yearning to escape, Bon is free to give up his reluctant paternal role and drop out.

For a while, Steven clings to a stay-in-your-lane class dream, in which “freedom is having a job and not being bashed”. This provides him with a consistent if narrow philosophy of life. He starts out as the designer of the family group, but the purpose of his days dissolves into maintaining the household’s supply of booze and being paid cash to pointlessly torch abandoned houses. The job (literally) extinguishes itself and his fear of attack becomes a reality when an unseen force begins threatening the family house.

When we first meet Jack, he finds meaning as an online keyboard warrior and creates brown-noise tracks in his bedroom. He is secretive and defensive about his digital life and being in thrall to Colossal Man. This privacy gives him a sense of identity. Lesley’s probing influence encourages Jack to distance himself from the Colossal Man’s hate material. But Jack decides that withdrawing his creative voice from the world is the supreme form of independence:

Powers we don’t understand or even know about, try to control us through music and film and all so-called art […] But my sound – and he said my sound in a tone verging on pride – will outlast it all for not ever being heard.

If Jack’s theory of art is correct, then Prescott is using Bon and Lesley to immunise us against the infantilising and apathetic creep of cultural homogeneity and insularity. This is most definitely a Morrison-era novel. And maybe that highlights another layer of its intention: to persuade us that in the dysfunction of relaxed and comfortable settler colonialism, the old genres of apocalyptic and gothic horror have value yet. 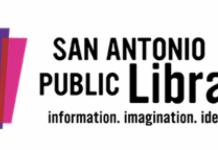