Home Paranormal News Plymouth ghost hunter cares for the living by day and hunts the... 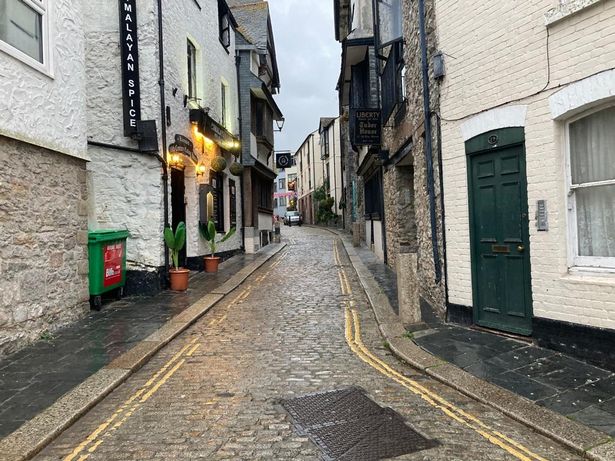 Dean Fryer has spent the last 15 years working at Derriford Hospital but when he’s not caring for the living he can be found hunting the dead. The health care assistant from Plymouth has recently started his own paranormal tour guide company and is keen to prove to others that ghosts exist.

He can often be found wandering around the South West’s most haunted locations but after 15 years Dean has managed to turn his passion into a business. The 43-year-old said his interest in the paranormal world began when he was very young after becoming hooked on horror movies.

His fascination quickly became his obsession when he had his first paranormal experience. He was working as a security guard in Reading at the time and said he “will never forget the first time”.

“I was a security officer at the time and I was out on patrol and one of my colleagues called me over the radio and told me that the building I was in wasn’t empty as they’d just seen a gentleman walk into the toilet,” Dean explained. “So I walked back on myself, walked into the bathroom and there was no one there.

“First of all I thought they were pulling my leg, however I went back to the CCTV control room where we could see a man walk from an office, straight across the corridor and into the bathroom. I never caught anyone in there.

“I was literally 10 seconds behind the gentleman and that was the first of a couple of occasions I’ve had over the years where I simply can’t explain it.” Dean said his interest in ghosts has now got to the point where he is now “hunting things that people don’t think exist”.

He says where he can he will try to debunk sightings but admits some cases simply can’t be explained. He said: “I was a sceptic to a certain extent and even now I’m still a little bit sceptical – I do try to debunk any paranormal activity if I can.

“However, there’s some things in life that just can’t be debunked, especially when you see it with your own eyes. My interest is now to capture that and show other people that it is real and it is out there.”

The NHS ghost hunter then went onto say there are two main types of spirits that he calls intellectuals and residual spirits. According to Dean, intellectual spirits are bound to the Earth and they’re trying to move forward and “find the light”.

However, for some reason they’re pulled back towards the Earth. On the other hand, residual spirits continue to repeat history where they can be observed doing what they used to do when they were alive but over and over again.

The residual spirits, in particular, tend to keep to themselves, according to Dean. Although Dean says there is nothing “evil” or “scary” about intellectuals or residual spirits he did admit that on a number of private expeditions he has been left with “feelings of terror”.

He said: “I’ve been left not even wanting to enter the building, let alone start an investigation. However, I’ve pursued it in the end.

“I make sure I never take anything home and I tend to think the spirits that are around they’ve only ever known that place – why would they want to jump in your car and follow you home, they don’t. They’re just reliving what they did when they were alive.”

Dean went on to say that Plymouth is a ghost hunting hotspot due to the city’s past “trauma” and says the Barbican is possibly the most haunted of all the locations. “We’ve got a lot of locations and when you look at Plymouth’s history we’ve had a lot of trauma,” he explained.

“We were blitzed through the war and then we go back to the 1600s, we can look at the Barbican and there are a lot of locations that have seen so much history. There will have been a lot of people who have passed away there and been tormented through their lives.

“They’ve gone to the grave with that, that’s a sign of paranormal activity because these spirits can’t rest.”

As well as working at Derriford, Dean now spends whatever time he can leading tours through his business, Plymouth Paranormal Tours. Discussing his new business, Dean said: “I recently started a business providing paranormal tours around the South West.

“Anyone who comes on one of my tours gets the use of all of my equipment so that’s the night vision cameras, EMF readers and EVP recorders, and so on. I also have a spiritualist who attends the evening and provides spiritual protection at the end of the evening.

“The buildings we use obviously have a history of paranormal activity so we go over the building’s history and what has been captured in the past. And generally, it’s a good night to be honest with you.”

Dean’s first tour will be held on the Barbican at the Tudor Rose Tea Room, which is said to be one of the most haunted buildings in Plymouth. The tour will cost budding ghost hunters £50 each but included in the price will be a two course evening meal. This trip will run on October 1.

A second trip to Bodmin Jail is set to run on December 1. Dean says he is currently in talks to secure tours of Drakes Island, the Elizabethan House and many more haunted locations across Plymouth and the South West.

Get the best stories delivered to your inbox every day. Choose what you love here