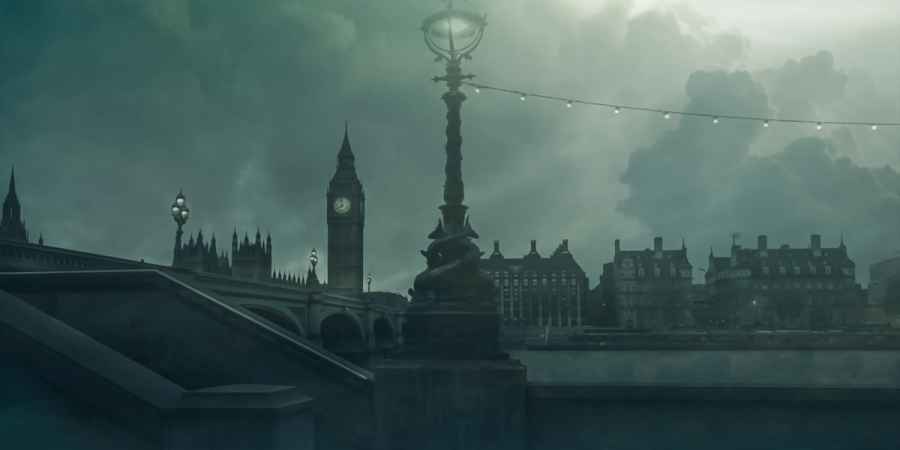 As the temperature drops, orange and yellow leaves fill the ground, it’s officially spooky season, but as a Londoner, where is the best place to go to immerse yourself in Halloween vibes? Well, a study has revealed the ghostliest boroughs in London, with Westminster, Bromley and Enfield coming out on top with almost 100 ghost sightings between them according to new research.

The research was commissioned by Barratt London, who have revealed the spookiest boroughs measuring ghost sightings, cemeteries, spooky tours, supernatural beings as well as Halloween events.

Using a variety of sources they study identified ghost sightings, cemeteries, spooky tours, supernatural beings – including vampires, witches, famous ghosts – and Halloween events in each borough and around London.

Articles relating to supernatural beings, spooky tours, and Halloween events was the main data source for, as well as information on cemeteries from Wikipedia and ghost sighting reports from Paullee’s ghost map of the UK.

Halloween wouldn’t be complete without a haunting or ghost story and the city of London is full of them.

Westminster takes first place for the most ghost sightings with 45 sightings. Within Westminster, Buckingham Palace and No.10 Downing Street are hotspots for paranormal activity, with reports of a monk being seen on-site and unexplained footsteps as well as cigar smoke in No.10.

Perhaps the creepiest sighting of all happened at Westminster Bridge, where a silent spectral boat crewed by a few men passed under the arches but never emerged on the other side. At the same bridge, a young man clothed in a top hat and frock coat was sighted jumping into the water as Big Ben strikes midnight usually on December 31st.

Bromley follows in second with 23 sightings and the City of London in third with 21. An old sea captain is said to haunt the Bromley United Services Club and there have been accounts of voices being heard as well as the lifting of carpets at the Viaduct Tavern in the City of London.

Enfield follows closely behind fourth with 20 ghostly sightings. At Trent Park House, a grey lady in a 19th-century dress was spotted on two occasions with her signature lavender scent. Chase Farm Ambulance Station is another afterlife hotspot with radios turning themselves on, strange shadows, unexplained cold spots and ringing doorbells.

Camden makes the top five with 16 paranormal reports. At University College Hospital, a spectral nurse known as Lizzie Church is said to walk the wards wearing an Edwardian uniform with some patients praising her for her kindness. At Grange Blooms Hotel, Reverend John Cummings allegedly haunts the building and in the King William IV Pub, a girl in a white shroud has been sighted staring out of a window as well as the rattling of windows and slamming of doors.

This study also investigated which boroughs have the most sightings on the paranormal TV series Most Haunted. In total, there were eight specific locations for the show’s hauntings, three in Westminster, two in Lambeth, two in Bromley, and one in Hackney.

Due to not having enough specific London borough locations in the episodes, this data didn’t influence the scoring of the boroughs in the study.

It would seem there is something in the air as Westminster takes first place again, with hauntings taking place in Aldwych Underground Station, Theatre Royal – Drury Lane and Madame Tussauds.

Lambeth’s famous hauntings are Caesar’s Nightclub and the London Dungeon.

Hackney’s episode revolves around Sutton House, a national trust Tudor house first built in 1535 and is one of the last remaining ones.

Rose Pullan, senior marketing and communications manager at Barratt West London, said: “We were excited to throw ourselves into the Halloween season and learn more about the haunting history of London.

With Barratt London having a presence in many of these communities, we wanted to find out the spookiest sights for locals to explore.

Whether you celebrate the spooky season or not, the city is filled with unearthly stories and hauntings as well as a wide variety of events which makes it the perfect place to spend Halloween.”

You can find more information about each of the spookiest boroughs here.