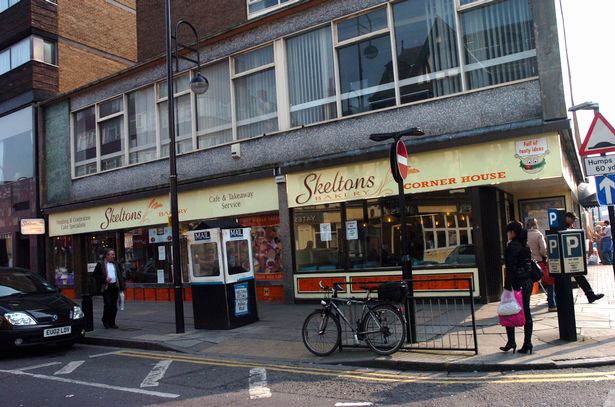 The ghost of a tax-dodging actor and a former vicar who spreads misfortune through Hull are among thousands of reports of supernatural activity.

PsychicWorld.com collated a list of 11,700 paranormal sightings to find the nation’s spookiest places. That included at least nine sightings in Hull.

Among the ghosts and ghouls reportedly still hanging around our city is a certain Mr Yates, a former vicar of St Mary’s Lowgate. He is reported to be an unlucky ghost – with misfortune said to befall anyone who spots his spectre drifting along the first floor.

READ NEXT: Take a tour of the Cottingham Halloween trail as families decorate their homes

In 2014, a photo emerged supposedly showing a ghost in a top hat in the churchyard. Could it be Mr Yates?

Another Hull ghost is the spirit of an actor called Arthur, who died in his dressing room at the old Tivoli Theatre. Arthur was known for his dislike of taxes (and taxmen) and returned to haunt the site of the former theatre when the Inland Revenue Building was built on top. The “ghost” is based on memories of Arthur Lucan, who was famed for his Old Mother Riley act, and did indeed have trouble with his taxes.

Hull even has its own answer to the Loch Ness Monster. In the late 1920s, the crew of a steamship spotted the neck of a large creature jutting from the water. They then watched as it drew its body out of the water and then dived into the deep. Sightings continued for several years but it has now been some time since the beast has been spotted.

The figures, collated from paranormal databases tracking sightings across the UK, show that ghosts riding on phantom horses are the most common apparition. PsychicWorld.com tracked 526 examples of people witnessing this type of ghostly phenomenon.

That includes the spirit of the killer Michael Morey – executed in 1736 for the shocking murder of his grandson – who is reputed to ride a phantom horse around a barrow in the Isle of Wight at midnight. There is also a headless coachman said to haunt Abington in Northamptonshire, who returned from the grave wracked with guilt after deliberately driving his horses over his daughter’s lover in the 18th century.

One celebrity phantom horseman is Sir Thomas Boleyn, father of Anne, Henry VIII’s unfortunate second wife. He is said to be cursed to drive a coach pulled by headless horses over bridges in Norfolk – although witnesses to this phenomenon are likely to be extremely scarce. According to legend, anyone who sees Sir Thomas and his headless horses is dragged to hell.

The second most common paranormal phenomena are sightings of mythical creatures (451), followed by fairies (380 sightings), and shucks and hellhounds (374). Headless ghosts remain popular with 380 reports, while the classic image of a spectral “white lady” has also endured with 349 sightings to date.

Among the most bizarre paranormal reports are the 15 instances of “hell gates” – supposedly an entryway on Earth, into hell. While shows like Stranger Things and Buffy the Vampire Slayer have kept them in the public consciousness, reports of hell gates are extremely rare, with only 15 in the UK, including one said to lie at the bottom of a garden pond near a church in Albury, Hertfordshire, and another within the aptly named Hell Hole Wood in Burrill, Yorkshire. Another entrance to the lower world is said to lie in the Rutland Road area of Sheffield.

Of 59 counties across the UK where paranormal sightings were reported, the people of Yorkshire had the highest number of encounters with the supernatural, a total of 797. That was followed by London (701), Essex (507), and Sussex (438).