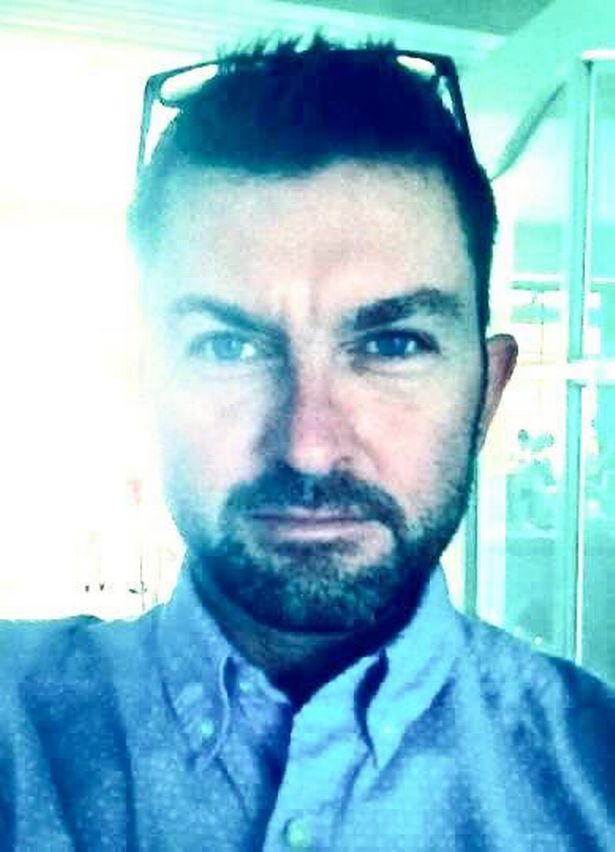 A ghost hunter has described a “completely unnerving experience” which caused him to stop ghosting for a year at a Nottinghamshire ruin. Andrew Pollard said his experiences at Rufford Abbey in Ollerton were some of the “worst” he has ever had while investigating the paranormal.

Andrew always had an interest in the supernatural but took up ghost hunting after his father passed away. Although originally sceptical, he enjoys recording and analysing audio to pick up spooky messages from different haunted locations.

Andrew works for Royal Mail by day but at night he runs a YouTube channel, The Yorkshire Ghost Guy. He describes the abbey as “the worst place I’ve ever been to” for paranormal activity and details some of his experiences.

At different points, he felt he was grabbed, witnessed a table lifting and also felt a spirit brush past him as he walked in the opposite direction. His first experience of the abbey was through a recording a local paranormal team gave him to listen to, although he wasn’t present at the recording.

He could hear someone jokingly saying “Pat smells” over the tape before becoming increasingly aggressive. The team had left two audio devices in different rooms to pick up what they could.

Andrew said: “Before I even set foot in the place, I was asked to listen to audio which had been taken in the abbey. The first half of the audio was a bit funny and jokey, but the other half was really frightening. Even before I visited, I didn’t trust the place.

“One of the group messaged me to say it wasn’t anyone from the team on the recording but there was someone saying things like ‘I’ll stone you’. It was two totally contrasting messages and that was before I even visited the place.”

Rufford Abbey was founded as a Cistercian monastery in the 12th century around the time that Robin Hood would have been in Sherwood Forest. The remains of the abbey were once the home of the Yorkshire Savile family who developed it into a hunting lodge and a magnificent country house.

Sadly, most of the building has been demolished but the original abbey undercroft, the Jacobean wing and many historic garden features remain which is where Andrew recorded some of the paranormal experiences. Andrew began investigating the abbey in 2012 and has been visiting the place on and off ever since.

However, it was when he felt someone grab him at an investigation, he decided not to go back. “One time I felt like I was grabbed which really frightened me,” he said. “Although it was dark, you could see where people were but I felt someone grab me and I totally lost it as it was very scary.

“In the Cellarium there is a big table which is set up as the monks would have had it. It’s quite big so the size and weight make it very stable. On one occasion, there were six of us sitting around it and you can hear it creaking then you could feel it being lifted. On another occasion, we were in the frater and you could hear people’s leather boots walking around and it was really weird.

“After listening to that audio, I didn’t do any ghost hunting for a good solid year. I’m more interested in recording the paranormal but that was more in line with the occult. There was something there that wasn’t nice at all,” he admitted.

Andrew started to avoid the abbey at all times, not just when there was an investigation but even during the daytime. Ultimately, he felt drawn to the building and decided to return. He took some audio clips while he was there but the experience again left him shaken.

He said: “I wouldn’t even go in the daytime for a very long time even if there was a summer fete or the wife wanted to take our kids. But I did go back earlier this year just to take some clips but it’s such as a weird place.

“When I went back, Rufford finished me off again as we set this trigger object up. We left dry powder on a table and someone wrote it on it ‘get out.’ I thought, either way, it’s someone messing around or it’s the paranormal and I’ve never been back at night since that.”

Although his spooky experiences have left him feeling terrified of the abbey, Andrew has been back since but would like to set up a controlled recording experiment. Out of all of his ghost-hunting experiences, he says Rufford has been the worst place he has visited.

He added: “Rufford has been the worst place I’ve ever visited but I would like to go back and set up some controlled stuff. I just know I’ll never go back although I’d love to know what it was.

“I still enjoyed some of it even though it was quite scary. Going back the last time felt a bit like closure in a way.”