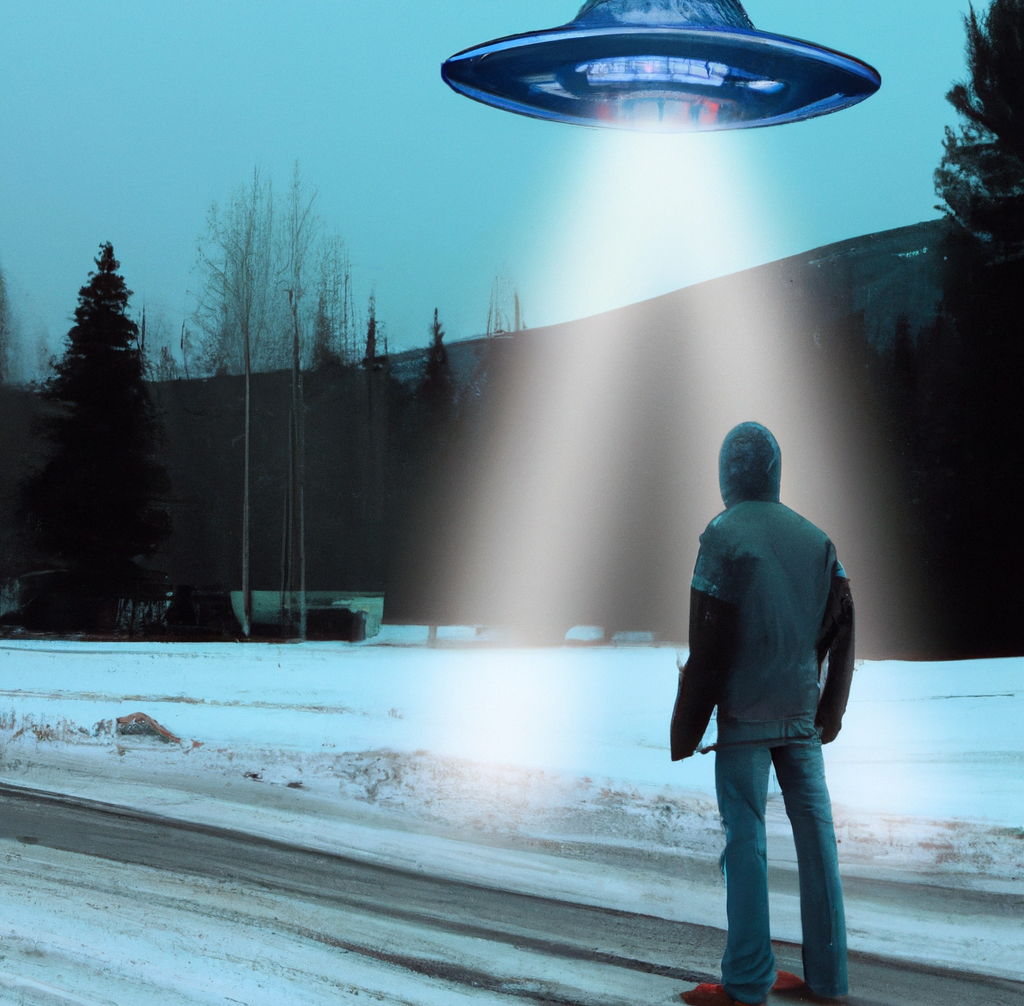 The Alaska man in the video was sitting in his log cabin when he heard a military helicopter and went outside to investigate with binoculars. He saw that the helicopter had no markings and was hovering in place. He then noticed a large, silver UFO that was around 1500-2000 feet long, 4-5,600 feet wide, and 300-350 feet tall. The UFO had a diamond-shaped crystal on the bottom that was emitting blue and white reddish lights. The person was struck by the size of the UFO, which he described as being much larger than a super tanker. He sat and watched the UFO for several minutes and then went inside to call his neighbors, who also saw the UFO. The Alaska man sat outside and watched the UFO for several hours. When he went back inside, he realized that he had lost several hours of time, which is a common occurrence in alleged alien abductions.

In a separate incident, the person and their family were driving in a van from Alaska to Florida when they experienced a strange encounter with a UFO. They were driving on a highway near the Canadian border when the power went out in their van and the engine shut down. They were then followed by flashing lights and a UFO. The UFO moved rapidly back and forth and the family felt a sense of power. The van moved on its own and the family felt trapped in the UFO’s wake. The Alaska man, who had experience identifying aircraft, was unable to identify the UFO. He believes that they were abducted by the UFO and experienced missing time. The experiences have caused the person to believe that the UFO was not from Earth.