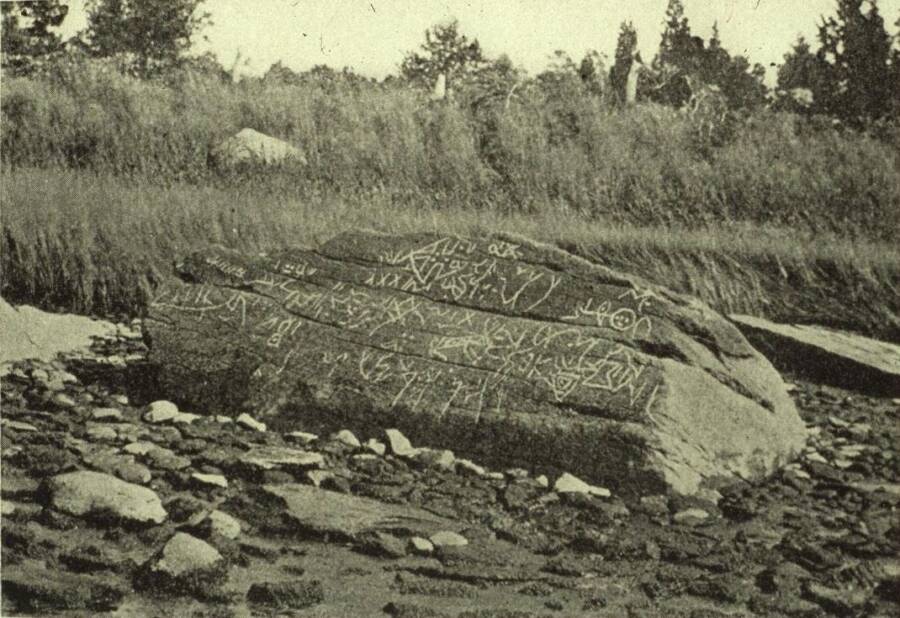 From ghosts to UFO sightings to a Bigfoot-like creature, legends claim that the Bridgewater Triangle has long been home to a variety of unexplained occurrences.

You may be familiar with the Bermuda Triangle, the mysterious region where, legend has it, all aircraft and ships disappear. But did you know there’s another triangular region known for supernatural activity in the United States?

Introducing the Bridgewater Triangle, a sinister area in southeastern Massachusetts that’s famous for UFO sightings, poltergeists, and a variety of other unusual mysteries.

The 200-square-mile area was given its name by renowned cryptozoologist Loren Coleman in the 1970s. The region became better known in 1983, when Coleman published Mysterious America, a travel book that covered many of the strange and paranormal experiences America has to offer — including the mysteries of the Bridgewater Triangle.

Here’s everything you need to know about the spooky region.

Bridgewater Triangle shares roots with many colonial settlements along the East Coast, and the forest region has picked up a handful of legends and myths throughout its long, rich history.

According to New Bedford news station WBSM, Loren Coleman, who had been living in Massachusetts in the 1970s, was the first to sketch out the specific borders of the Bridgewater Triangle. Most of the area’s activities, Coleman noted, took place in West Bridgewater, East Bridgewater, and Bridgewater proper, which formed a triangle.

Later, the area expanded to about 200 square miles. The towns marking each point of the triangle are Abington in the north, Freetown in the southeast, and Rehoboth in the southwest.

Within the triangle are a number of landmarks known for being sites of paranormal activity, ranging from the eerie Hockomock Swamp to the Solitude Stone, an ominous inscribed rock that would later become known as the “suicide stone.” 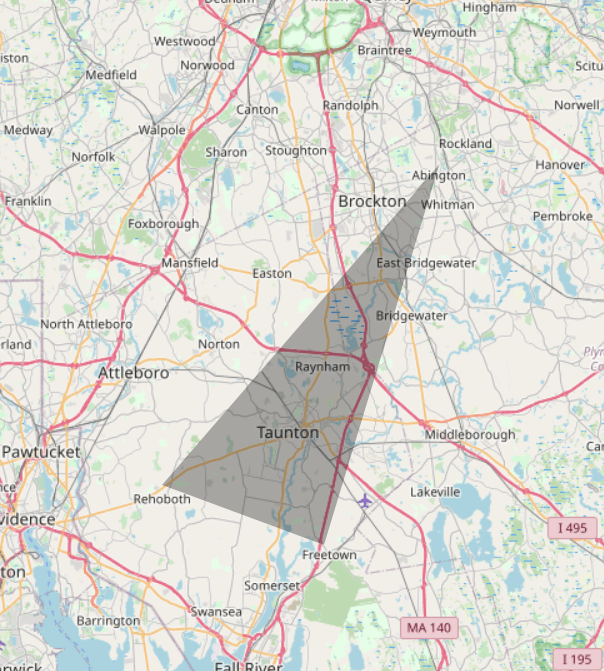 The Landmarks Of The Bridgewater Triangle

The Hockomock Swamp, found in the center of the triangle, is the largest freshwater swamp in the state of Massachusetts.

Around 300 C.E., the swamp acted as hunting grounds and a burial site for the Wampanoag people, according to Legends of America. The Wampanoag chief deity of death and disease, Hobomock, still supposedly inhabits the swamp, along with ghosts and other mythical creatures, and the tribe gave the swamp the name “Hockomock”, meaning “place where spirits dwell.”

Profile Rock, located in Freetown Fall River State Forest, is another significant landmark of the Bridgewater Triangle. Named for its shape, which resembles a face in profile, the site carries spiritual significance for the Wampanoag people.

One legend says that during King Philip’s War, colonists stole a sacred Wampum belt from the Wampanoag. It is believed that Profile Rock is where Philip returned the lost belt to Anawan, a notable Wampanoag figure. Today, some visitors still see a ghostly figure of a man believed to be Anawan sitting on the rock with his legs crossed and arms outstretched. 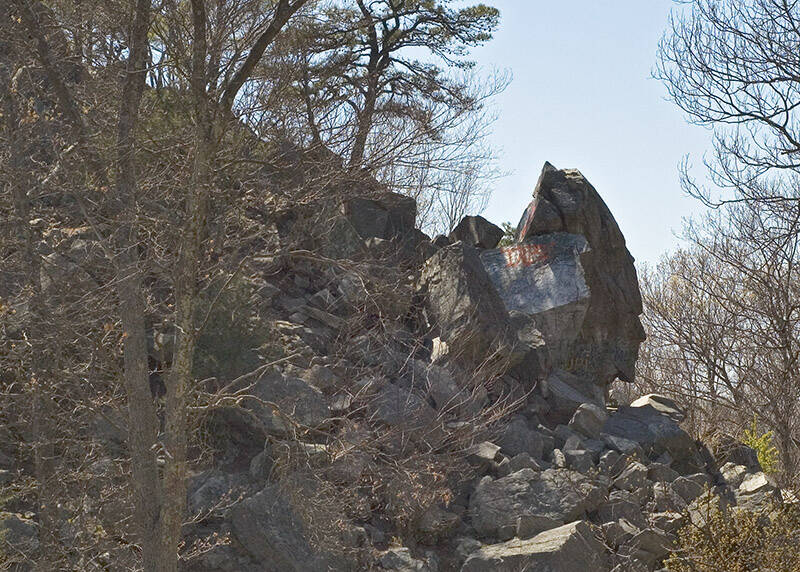 As for the Freetown Fall River State Forest itself, the area has seen numerous reports of suicides and a massive amount of alleged cult activity, including animal sacrifice and ritualistic or satanic murders.

Also in West Bridgewater is Solitude Stone, which bears the eerie inscription: “All ye, who in future days, Walk by Nunckatessett stream Love not him who hummed his lay Cheerful to the parting beam, But the beauty that he wooed.”

In the landmark’s history, the bodies of several missing people have been found near the stone, and it has since been given the nickname “suicide stone.”

Up next is Bridgewater State University, a public university whose main campus allegedly boasts a number of rooms and buildings haunted by ghosts. In 1924, a fire destroyed several of the college’s buildings, and some claim to have seen the ghosts of students running down halls yelling “fire!”

The Hornbine School, a one-room schoolhouse, shares a similar haunted past. People have reported hearing the laughter of disembodied children there, or even seeing spectral schoolteachers and children through the school’s windows.

Then there’s the Taunton State Hospital, a now abandoned complex that, from 1854 to 1975, functioned as a psychiatric asylum.

The hospital hosted a number of serial killers in its run, but also treated innocent patients suffering from mental health disorders, and subjected many of its patients to horrific “treatments” like lobotomies, confinement, and electroshock. 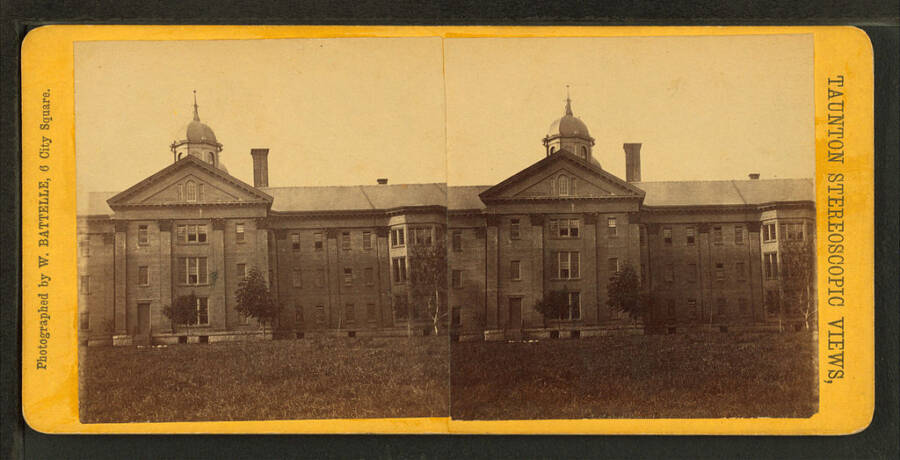 Visitors to the hospital grounds have claimed to have heard banging or moaning there, and some have reported being touched or pulled by unseen figures in certain parts of the hospital. Allegedly, the asylum was also once a hub of satanic cults during the 1960s and 70s.

The Mythical Creatures of Bridgewater Triangle

From unidentified flying objects to Bigfoot sightings, the triangle has had its fair share of paranormal activity. And the mystical creatures that roam Bridgewater may be just as terrifying as the region’s historical landmarks, if not more so.

AMany of these wild sightings have taken place near the 16,950 acres of the Hockomock Swamp. A number of visitors have reported unnatural animal sightings, including panthers and bears, which are not found in the area. Some have spotted supernatural creatures, like giant snakes and enormous vicious dogs.

In one account, according to The Yankee Express, a law enforcement officer claimed to have spotted a giant black creature called a Thunderbird with an 8 to 12-foot wingspan.

Another mythical creature called the Pukwudgie has been known to inhabit the Freetown State Forest within the triangle. According to Algonquian folklore, the Pukwudgie is knee-height or smaller. The local Wampanoag people have long considered the Pukwudgie to be a mischievous creature that loves to play tricks on humans.

UFO sightings are also commonplace in Bridgewater Triangle. In fact, the region has had numerous reports of unidentified flying objects, often in the form of bright balls of light or unusual spacecraft. 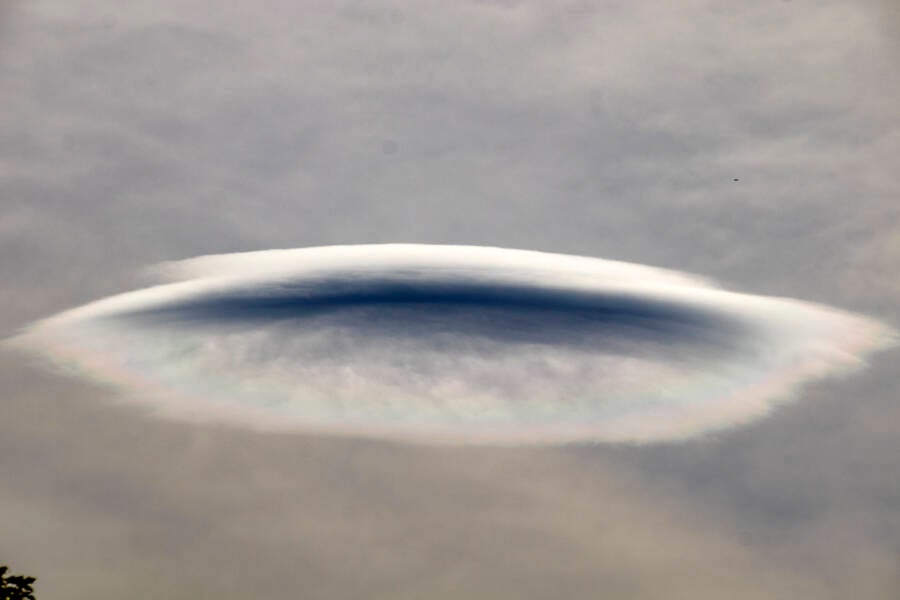 Diane Krauthamer/FlickrThere have been countless UFO sightings across the Bridgewater Triangle region.

Perhaps the scariest sightings have been those of poltergeists, ghosts, and shadow people. On multiple occasions, there have been strange voices coming from several areas within the Bridgewater Triangle.

To top off all the paranormal events, the area reportedly also has a history of disturbing cult activity, including various animal mutilations, particularly in Freetown and Fall River.

According to the Standard-Times, in 1998 a mutilated, headless cow was found in the woods. In another instance earlier that same year, a group of grotesquely mutilated calves had been discovered in the same spot, leading authorities to believe the cows had been used in some sort of ritual or sacrifice.

Why Bridgewater Triangle Is A Paranormal Activity Hub 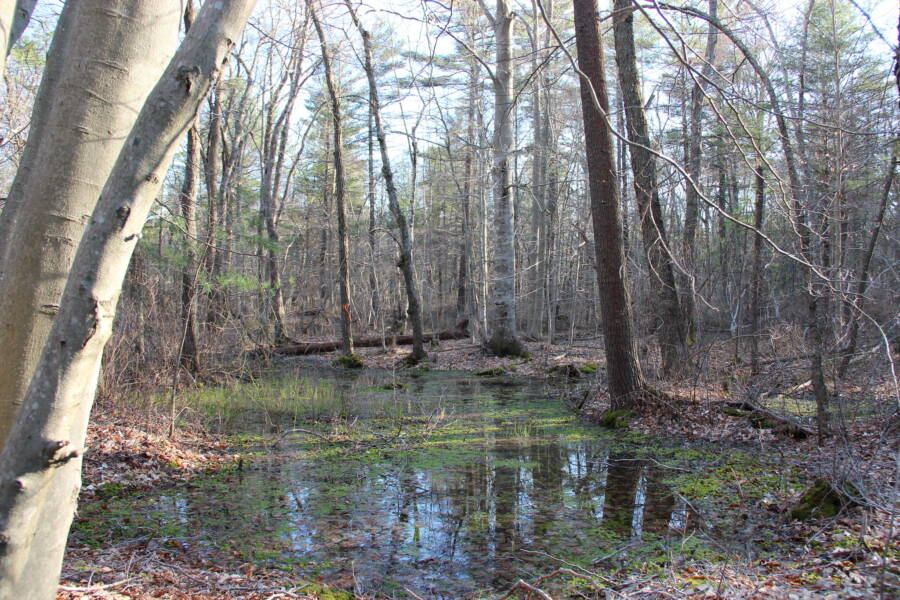 So why is this triangle region such a hot spot for paranormal activities? There are a few theories. Legend has it that the spooky energy is the result of a curse unleashed on the area centuries ago as punishment for the poor treatment the Wampanoag people received from colonial settlers.

Remember the Wampum belt that was lost, and eventually returned, near Profile rock? Some researchers believe the curse may have been set on the land after colonists stole the belt from the Wampanoag people, and that that curse still accounts for the Triangle’s abundance of paranormal activity today.

The area is also known to have unusually high levels of quartz, a material so efficient at amplifying energy, it’s often used in digital electronics. Some researchers have theorized that the quartz may be amplifying existing activity in the Triangle, making it easier for us to observe.

Another theory is that the area already had the makings of a paranormal hotbed. According to Boston.com, the world has a number of “vortexes,” or areas where the laws of physics don’t behave normally. Parnormal expert Chris Pittman says the Bridgewater Triangle is one such vortex.

“Some say that the wounded and pained spirits of the Wampanoag are the reason for the paranormal in the swamp. That is part of the explanation, but I would go further,” he Pittman.

He added: “I think the vortex was in place in the swamp before the settlers, and before the Native Americans. That vortex contributed to the inhumanity of the war between the Wampanoag and the English, and it fosters pain and evil in that area to this day.”

Whether it’s a curse, a vortex, or just a series of bizarre events, it’s safe to say that we should all beware of the Bridgewater Triangle.

If you’re up for some more spooky content, learn about 11 of the most haunted places in the world. Or read about 8 unnerving alleged encounters with Bigfoot.