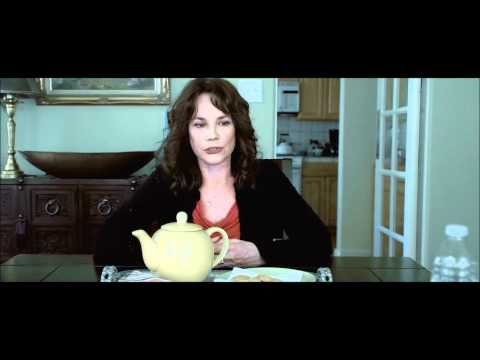 The first Insidious movie was released in April 2010 and stars Patrick Wilson, who would later appear in another signature horror franchise, The Conjuring, Rose Byrne, and Barbara Hershey. Wilson and Byrne play a couple whose son has slipped into a mysterious coma that no doctor can explain or bring him out of. However, they are soon informed of the terrifying truth by Hershey’s psychic character that their son is haunted by demonic spirits exploiting their child’s state as a vessel between an astral plane and the physical world.

The film was written by Leigh Whannell, who had previously worked with Wan on the first Saw film in 2004. During an interview with Screen Rant, the two were asked about Insidious’ brilliant use of its lower budget, $1.5 million, and independent production. “Between Saw and Paranormal Activity, along with the Blair Witch Project, it’s been proven time and time again that the scariest movies are ones that are made outside of the studio system,” Wan shared. “Where you have the control to say, ”You know what? I’m not going to open the movie with a big, scary action set piece. I’m just going to slowly build characters and get you sucked into the family, get you liking the characters before things start to happen.’”

He added: “If I was to do this movie through the studio system, it would have been a very different film. Would it have been a worse or a better film? I don’t know. I cannot say. But, I’d like to think that having the creative freedom that Leigh and I have to make it this way, to make it for a price, and with producers that really support us and trust us…we felt that that was the best way to tell this movie.”

“It’s all about the story you’re telling. Certain stories need the resources of a studio. If you’re telling a story about a giant robot war in outer space, you’re going to need the money and the resources most of the time to do it justice,” screenwriter Whannell added. “But with this particular film, it’s not the type of film that needs any of that. It’s best to do it outside of the system; do it low-key. You don’t need big effects or anything that can’t be done for a price.”

The creators’ vision and approach proved successful, as Insidious offers viewers frightening visuals and concepts, including the infamous red face demon jumpscare and an unnerving ghostly bride dressed in black. Whannell’s script and Wan’s direction aim to scare audiences through the atmosphere and ghostly visions rather than the shock value of gore, as seen in the Saw franchise. However, the scares reportedly transcended the final product for audiences as the Insidious set was allegedly cursed.

Cursed sets are a prominent topic in film trivia and urban legends in the entertainment industry, with iconic titles such as The Wizard of Oz and Three Men and a Baby holding chilling secrets. These rumours are prevalent in horror filmmaking, an extension of a horror film’s scare factor and status. The set of The Exorcist caught on fire and had to be blessed by a priest, and Poltergeist used real skeletons as props, which theorists cited as why cast members later had near-death experiences.

According to the cast and crew working on Wan’s supernatural film, most people on set felt uneasy and could not shake off generally negative energy. In addition, the cast continually heard a strange buzzing noise from various empty rooms around the set when no one was in them.

These unexplained events followed through to the sequel, released in 2013 as Insidious: Chapter 2. This film features a sequence set in an abandoned hospital, as the protagonists are sent there with the claim that they will find answers to the supernatural scares that terrorise them. The scene, which features a story of a patient’s ghost haunting a nurse the day after he takes his own life, was filmed at Linda Vista Community Hospital, a run-down and unclean hospital on Los Angeles’ south side that has been abandoned for almost two decades. It is also a popular filming site for films and TV shows and a hotbed of paranormal activity.

However, Wan found inspiration in this location’s haunted reputation, making sure to include the setting in his film. “I’ve never shot in Linda Vista,” Wan told Bloody Disgusting about the location. “It’s kind of funny because Leigh and I have always heard so much about it. For research on the first one, [Leigh] came here to do a bit of ghost-hunting. And I think a lot of that inspired us when we needed a hospital set.”

Cast and crew working in the hospital also reported unexplained creepy incidents, including a sudden unshakeable feeling of queasiness the moment they stepped on set and an unseen bell from an abandoned level of the building ringing every few moments.

The cursed sets died down by the franchise’s third film. However, with a new release in the series expected this year, titled Insidious: Fear of the Dark, there may be another series of unexplained incidents in the cursed set saga.