The Apple Watch ECG feature has proven to be quite a literal lifesaver. Unfortunately, the feature is only available in the US because due to the different regulations used around the world by different governments, Apple will need to work their way through various regulatory hurdles before it finds its way to more markets, similar with Apple Pay.

However, for those living in the UK and Europe, it seems that there is a good chance that the ECG feature could be headed your way soon. This is according to a report from MacRumors in which they have been tipped off by their readers where in iOS 12.2, it seems that some Apple Watch users are seeing the ECG screens on their iPhones.

This has led to speculation that Apple could be gearing the feature up for a launch and that it might be part of watchOS 5.2’s update. There is no word on when the feature will be released, but it looks like it could be soon. Previously it was speculated that it could actually take a few years due to potential regulatory issues, but if this report is accurate, it could actually arrive sooner than we thought (which is a good thing).

However until it actually does, maybe temper your expectations for now. 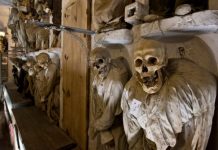