Home Cryptozoology News Cryptozoologist during Texas Paranormal Unity Fest is on the quest to find... 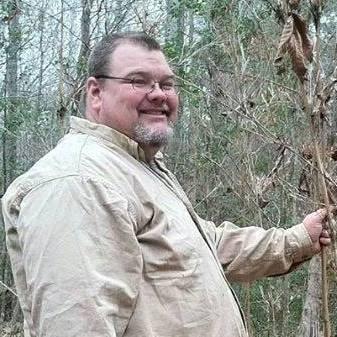 GLEN ROSE – January 2015, a man reported hearing strange noises and seeing a large hairy creature lurking on his property in Lufkin, Texas. Before he could capture a picture, the beast retreated back into the woods and all that was left was an unidentified footprint in the mud.

As a cryptozoologist, Jeff “CryptoHulk” Stewart not only investigates claims like these, but he has also had encounters with the elusive creature, more commonly known as Bigfoot.

“I had an encounter when I was 15-years-old with something in the woods and it was as big as I was and I was six-foot tall and 250 pounds,” Stewart said. “Its skin was very leathery and dark and the nose was very flat and broad with large nostrils. This thing and I were standing face to face and it looked at me and walked backwards toe to heel until it disappeared into the woods.”

It would be over 20 years later before he had his next face-to-face meeting with a Sasquatch. He described this one as being younger, but having the same facial features as the one from the first encounter.

Encounters like this led Stewart to cryptozoology, which he describes as the study of undiscovered and undocumented animals. He goes out looking for animal species that have yet to be scientifically proving. He doesn’t study Bigfoot, so much as he likes to just go out and let’s things just happen.

Over the course of his research of the mythical beast, Stewart has collected mitochondrial DNA and claims it is “100-percent human female.” While the nuclear DNA, which Stewart has also tested, is non-human primate.

Stewart doesn’t claim to be a Bigfoot “expert”, because he hasn’t been able to capture one to study it. One has to assume that since Stewart hasn’t captured the beast, he collected the DNA from hair left in the inevitable footprint impression that Bigfoot always leaves behind as he makes his escape to the woods.

He does however refer to himself as an “expert outdoorsman who researches cryptozoology” and he has other areas of research that he focuses on besides Bigfoot.

“Of course everybody loves Bigfoot and I do Bigfoot research, but my main area of study are large cryptic cats, like panthers,” Stewart added. “According to science there has never been a melanistic cougar and that is what science keeps trying to say a black panther is. Cats are one of the few animals that can interbreed with each other and what my research is trying to show is that they are not cougars, but are a hybrid between bobcats and house cats.”

Stewart doesn’t mind when people question his believe in Bigfoot, he in fact welcomes any intellectual arguments that dispute his claims. However, it does grate his nerves when people try to ridicule him. And, to the people that think Stewart is a card shy of playing with a full deck, he questions them on the things they believe in but aren’t able to see.

If Stewart were faced with the opportunity to prove that Bigfoot exist and make believers out of non-believers he wouldn’t take it.

“I want to prove that it exist but if I have to kill or harm one to prove it does I won’t,” he said.

In the end Stewart said that “people can think that I’m crazy,” but what he is trying to do is bring credibility to in the field of cryptozoology.