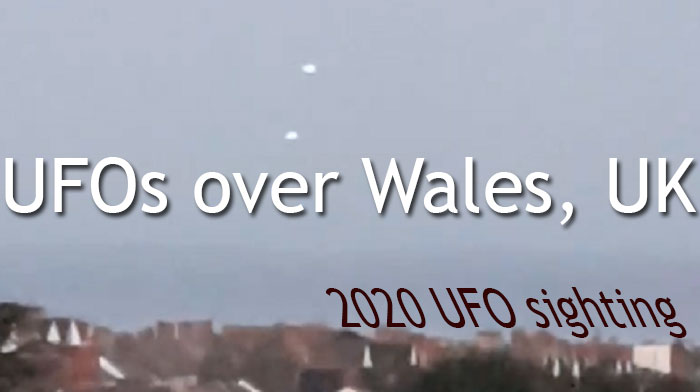 These unidentified flying objects were filmed in the sky above Wales, UK on 3rd June 2020. Amid the otherwise cloudy skies of New Wales, England, the outlandish appearance of a few very bright beams of light caught the eyes of the spectators and filled them with awe. Initially only two bright white lights, hovering one above the another, could be seen in the sky but after just a few seconds a new quad formation of lights appeared, as if out of nowhere, in the sky at a certain distance from the initial sighting. All these lights could be coming from a very very large spaceship or a UFO, as viewers thought, or these lights could denote multiple UFOs just flying above the town of New Wales. What is even stranger is that the quad formation of lights was blinking in an unrecognisable pattern and it had an uncanny resemblance to a hologram. It could represent some kind of a signal from aliens or they were just trying to watch a movie in against the cloudy canvas of sky.