The horror genre offers a frame of reference for global pandemic, however unsettling. In the early weeks of the outbreak Contagion leapt to the top of the most-streamed movie lists, Reddit and Twitter were aflame with claims that a Dean Koontz novel had “predicted” Covid-19, and comparisons to Stephen King’s 1978 disasterpiece, The Stand, were so frequent that the author himself felt the need to apologise for 2020. If the master of horror is feeling troubled, spare a thought for authors introducing new fictional crises into this uneasy summer.

Depending on your appetite for plague fiction, the timing of Paul Tremblay’s Survivor Song is either excellent or appalling. In Massachusetts a new strain of rabies has made the jump to human transmission. Symptoms appear within hours of infection, making the infected homicidal and shattering the social infrastructure. In the chaos of the early outbreak we are introduced to the heavily pregnant Natalie, moments before her husband is killed and she herself is bitten. From here we follow Natalie and her paediatrician, Ramola, in their search for medical help.

In any other year Survivor Song would be a safely speculative piece of genre fiction: it is Tremblay’s riff on the zombie apocalypse, told with formal playfulness and meta-awareness. In 2020, however, the novel seems disturbingly prophetic, with references to “lockdown”, the lack of PPE and the efficacy of vaccination.

As in reality, the situation is mired in misinformation. Facsimiles of social media posts provide background and context to the virus, while simultaneously revealing the data to be compromised. A scene-setting Facebook conversation runs the gamut of speculation, erroneous facts and conspiracy theory, leaving the reader and protagonist unsure as to the true nature of the threat. Worse still, the crisis is exacerbated by “a president unwilling and woefully unequipped to make the rational science-based decisions necessary”. This offhand nugget now seems more terrifying than the novel’s rabid killers.

Survivor Song is bleak and violent. It embraces the shock and urgh of mainstream horror and has none of the ambiguity of A Head Full of Ghosts or The Cabin at the End of the World, novels that distinguished Tremblay as a vital new voice in the genre. It is also, however, the author’s warmest and most humane book to date. Eruptions of violence are answered by moments of poignancy. In one memorable scene, an infected man commits murder and then “sobs as though in recognition of what’s broken in him and what he has broken”.

Max Brooks’s Devolution also examines the pressure of isolation during crisis, but it promises a lot more fun. Deep in the woods of the Pacific Northwest, a modern eco-community is living off-grid. Following the eruption of nearby Mount Rainier, they are cut off entirely from civilisation and at risk of being forgotten in the post-disaster anarchy. And that’s when the local Bigfoot tribe attacks.

If that sounds like a cheesy premise, then be assured that Devolution is fully aware of its B-movie heritage. Just as Brooks’s mega-selling World War Z critiqued the media portrayal of zombies, Devolution deftly incorporates “real-world” history, anecdote and pop culture surrounding Bigfoot as context. It’s an attempt to elide the distinction between reality and fiction but, more importantly for any fan of Bigfoot or cryptozoology, it’s a referential treat.

There’s a lot for the uninitiated to enjoy as well. Brooks’s take on the eco-community has a DeLillo-esque edge of satire. Tony Durant, the Elon Musk-like leader of the community, is convinced that technology can solve any problem. His wife spouts trite new-age epithets while using an electric light to mimic the sun that shines outside her window. Another member of the group waxes lyrical about Rousseau’s ideal state of nature while stockpiling junk food. Brooks details their hypocritical disavowal of capitalism while luxuriating in its spoils. As one character notes: “Those poor bastards didn’t want a rural life. They expected an urban life in a rural setting.” It’s funny and frightening in equal measure when the monsters reveal the true requirements of life in the wild.

Again though, in light of current events, Devolution becomes a more disquieting read, and the horror is not necessarily found in the obvious places. Yes, the Bigfoot attacks are well orchestrated and surprisingly violent. The true terror for a post-pandemic reader, however, is in the grounded reality of how victims of disaster can be overlooked and how thin the veneer of civility and technology is revealed to be in the face of grand social disruption.

There may seem little incentive to read stories of crisis and vulnerability when so much is at risk in our real lives. However, both novels have hope and resilience at their core: tragedy is tempered by personal and community resurgence. If readers can stomach the journey, then there is solace to be found in these tales of apocalypse.

• Survivor Song by Paul Tremblay is published by Titan on 7 July (RRP £8.99). Devolution by Max Brooks is published by Century (RRP £12.99). To order a copy go to guardianbookshop.com. Delivery charges may apply. 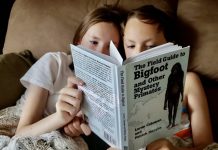