Home Cryptozoology News Things to do in Maine: A cryptozoology museum, a wedding cake house,... 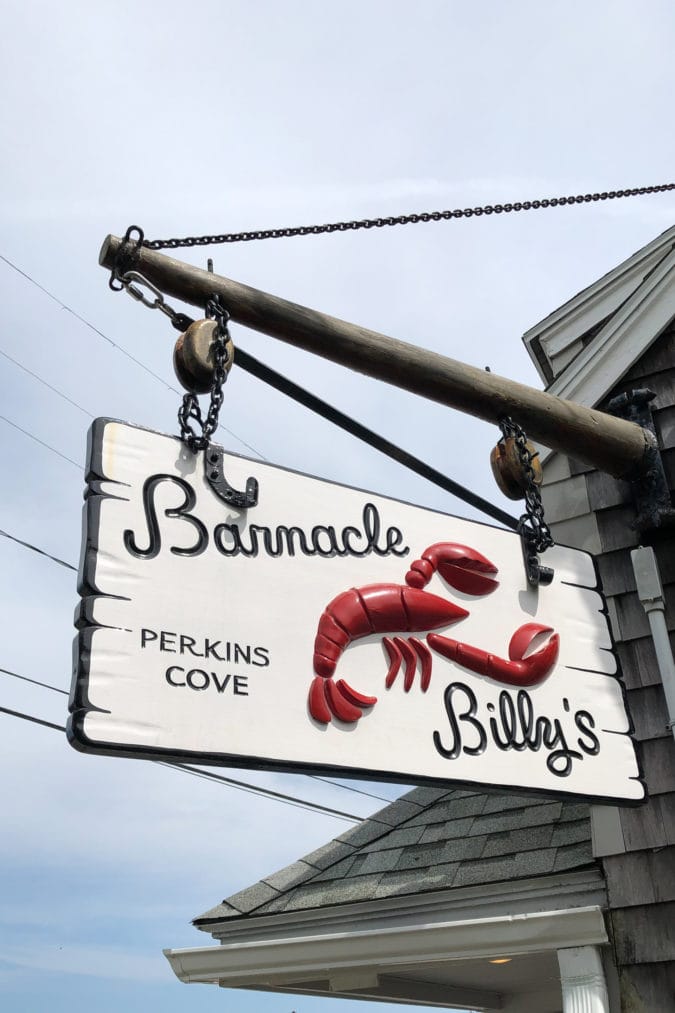 The northernmost state in New England is more than just a place to get a life-changing lobster roll—although we won’t dissuade you from planning an entire road trip around this buttery (or mayonnaise-y) Maine course. Maine is the only state in the U.S. to share a border with only one other state—New Hampshire to the west. Its neighbors to the north are the Canadian provinces of New Brunswick and Québec.

Maine has more coastline than California (3,478 miles, or more than 5,000 if you include islands); its rocky shores are so picturesque that we can almost guarantee that you’ll want to pull up an Adirondack chair, put on a fisherman’s sweater, and stay awhile.

Maine may be the ninth least populous state, but what it lacks in population it more than makes up for in attractions—we’d expect nothing less from a state nicknamed “Vacationland.” Acadia National Park, the only national park in New England, is undeniably the Maine attraction, but the Pine Tree State is also home to a wine-and-cheese shop shaped like a wheel of cheese, the world’s first cryptozoology museum, 65 lighthouses, and more.

Here are some of our favorite things to do in Maine.

Located just 15 miles from the New Hampshire-Maine border on Perkins Cove in Ogunquit, Barnacle Billy’s has been serving classic Maine lobster rolls for 59 years. They offer a full menu including New York strip steak, barbecue chicken, salads, and fried sides but there’s a reason their sign prominently features a large, bright red lobster. This is not a cheap lunch stop, but Billy’s roll—a hot dog bun split at the top, overflowing with boiled lobster and dripping with drawn butter—is worth the splurge. If the weather is nice—peak temperatures average no higher than 70 degrees F in July throughout the state—you can enjoy your roll on Billy’s sundeck which features a picture-perfect view of the water.

If you didn’t opt for the two-pound lobster—or somehow still have room for dessert—drive three miles north on U.S. Route 1 to Skin’s Scoop Ice Cream Shop in Wells. Don’t let the unappetizing name turn you off—even if you’re not in the mood for ice cream, you’ll want to stop to take a photo of the wine and cheese shop next door. A faded sign let’s you know that you’ve arrived at a Wine & Cheese Shop but there is no question what they sell here—the one-story entryway, which opens up into a larger, attached barn, is shaped like an enormous wheel of cheese. If it’s open, you can enter through one of the doors topped by a larger-than-life gray mouse. Ironically, the cheese selection is minimal but the barn is well-stocked with wine and other gifts.

It’s not hard to find what was once called the “most photographed house” in Maine; the yellow-and-white Wedding Cake House is located at 104 Summer Street in Kennebunk less than 10 miles north of Wells. The York County town is home to many historic shipbuilders’ homes, but the George W. Bourne House is the most ornate of them all. After a fire in 1852, Bourne used hand tools to rebuild his barn and carriage house in a Gothic style inspired by the Milan Cathedral. The house is currently privately owned (it was open to the public for the first time in 2005 for a fundraiser), but you can stop across the street to marvel at its intricate details and snap a quick photo.

Len Libby is the third oldest business in Scarborough, but that’s not the only thing that makes it special: The small candy and gift store is home to Lenny, the world’s only life-size chocolate moose. Not to be confused with chocolate mousse, Lenny is a replica of the largest antlered animal in North America. He was sculpted on-site out of 1,700 pounds of milk chocolate over the course of four weeks and he’s been standing in the back of Len Libby—in a pond of tinted white chocolate—for more than 23 years. Although Lenny’s live counterparts can be spotted throughout Maine, Len Libby claims to be the only place where you are guaranteed to see a moose.

With thousands of miles of coastline, it’s no wonder Maine has its share of lighthouses—65 to be exact. Cape Elizabeth is home to two, including the Portland Head Light, which was first lit on January 10, 1791. The Keepers’ Quarters—manned until 1989—is now a museum containing lighthouse lenses and educational displays. After visiting, have a picnic, hike, or take in the spectacular ocean views at the adjacent Fort Williams Park.

In 2009, Loren Coleman opened up the world’s first museum dedicated to cryptozoology—the study of legendary or unknown creatures—in Maine’s most populous city, Portland. The International Cryptozoology Museum includes native art, foot casts, hair samples, models, and other memorabilia that Coleman has collected over the years in pursuit of creatures such as Bigfoot, Yetis, and Maine’s own “mystery beast.” It’s hard to distinguish fact from fiction while you browse the museum, which is located behind a taco restaurant in Thompson’s Point on the Fore River, but as Coleman says, “Cryptozoology is all about patience and passion—and so is the museum.”

Established in 1668, Eastern Cemetery is Portland’s oldest historic site. Of the more than 4,000 marked graves, the oldest headstone belongs to Mary Green, who died at age 54 in 1717. Eastern Cemetery’s beautiful, sloping 6.5-acre grounds are full of excellently preserved, intricately carved tombstones topped with grinning skulls, crossbones, and winged cherubs. Since 2006, the cemetery has been maintained by Spirits Alive, a non-profit organization dedicated to the protection and preservation of the burial ground. Walking tours have been cancelled due to COVID-19 but brochures are available and self-guided tours are encouraged as long as the gates are open.

Before COVID-19, the L.L. Bean flagship store in Freeport was open 24 hours a day, 365 days a year. More than three million annual visitors can’t be wrong—whether you need another layer for those chilly nights or want to visit the trout pond (stocked with live trout), this multi-level mega-store has it all. There are actually four L.L. Bean stores in Freeport alone, but the flagship location is the only one where you can pose with a 16.5-foot-tall version of the classic all-weather Bean boot. If you’re extra lucky, you might also catch the 13-foot-tall Bootmobile, built on a Ford F250 frame, cruising around Freeport or parked outside the store.

Now that you’ve had dessert in Maine, it’s time to visit the Desert of Maine, a 40-acre tract of exposed glacial silt. The silt is finer-grained than true sand, and because it receives a lot of rain (and is surrounded by a pine forest), the Desert of Maine is not actually a true desert. Converted to a tourist attraction in 1925, the Desert is open for self-guided walking tours but the campgrounds are currently closed due to COVID-19.

Save the best for last—or first, depending on what direction you’re traveling—and allow plenty of time to explore the only national park for hundreds of miles. Acadia encompasses several towns (including Bar Harbor) so you’re never far from civilization—but it will feel like you are while you hike, drive the park’s loop road, or search for solitude on the west side of Mt. Desert Island. There is something for everyone in this 47,000-acre coastal wonderland, including plenty of those classic rocky beaches, woodlands, and wildlife such as moose, bears, and whales. From the beginning of October through March, Cadillac Mountain—the highest point along the North Atlantic—gets the country’s first sunrise of the day.

After you’ve stuffed yourself with fresh seafood, stopped for photo ops at numerous roadside giants, and taken in the breathtaking views of Acadia, we wouldn’t blame you if you were ready to pull a Martha Stewart and become a permanent Mainer. But as Lowell Ruck writes in The Bowdoin Orient, being a “Mainer” doesn’t simply designate residency: “It denotes a state of mind, a shared experience which can only be understood through meaningful engagement with culture and community.” We should all be so lucky.