Home UFO News Flurry of Reports on UFO Sighting Over Denver Prompts US Officials to... 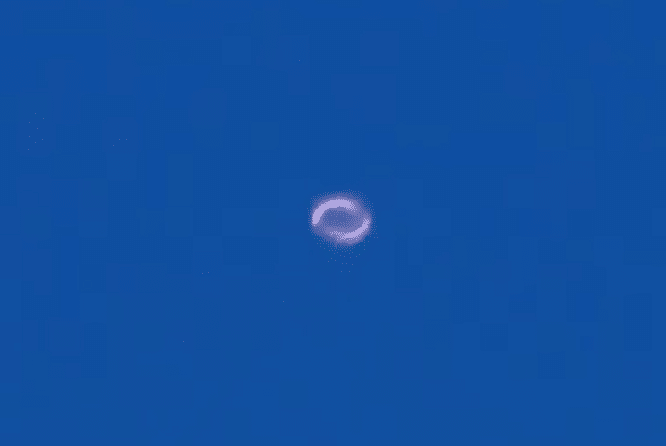 The US Federal Aviation Administration (FAA) launched an investigation into a UFO sighting following a series of calls on a mysterious object in the skies this week above Denver, Colorado. Videos of the almost-transparent object have made the rounds online, prompting the local CBS channel’s curiosity about the object’s origin.

A journalist for CBS Denver Kelly Werthmann posted the video on Twitter and requested help in identifying it, setting off several conspiracy theories. The footage was captured by CBS 4 photojournalist Jeremiah Bellile, who noticed the UFO on Monday.

FAA said that they hadn’t received reports of anything strange over East of Denver.

Werthmann’s post on social media received hundreds of comments, including from a former NASA official Joseph Gruber. According to Gruber, the object in question could have been one of Google’s high altitude balloons, known as Project Loon.

Gruber posted flight radar photos showing three such balloons that day of the UFO sighting in the sky over Denver. He added that they’ve been testing for a while in the area as well as in South America and Africa.

The FAA later confirmed this explanation, dismissing the sighting as a weather balloon from the Loon Project, a Google parent company Alphabet’s subsidiary.

The balloon that was spotted over northern Colorado had been flying at an altitude of around 53,000 feet. Project Loon is an initiative to provide internet service to remote areas by sending up balloons to the stratosphere with attached aerial Wi-Fi network equipment.

However, some stayed skeptical, such as YouTube username Cain Swanson, who believed there’s something mysterious on the object. He said that it was not a balloon but a UFO after seeing the object three times last week.