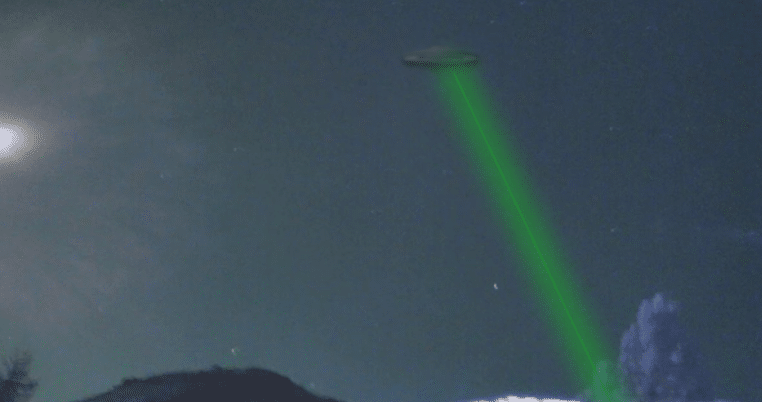 The bizarre UFO was observed not too long ago executing these super complex evasive maneuvers after a laser pointer came to it straight on.

The incident took place on the Big Bear Lake from California as the witness caught all the strange events on camera, which essentially showing to the public that these UFOs are real and that they’re not taking any chances with humans.

Some conspiracy theorists believe that it wasn’t the first time the UFO attempted to avoid lasers because it instantly did the maneuvers right off the bat.

The behavior of the UFO might be mean that the military is currently fighting alien races with their own laser-powered weapons. The theory may seem a stretch, but it would explain why the UFO had that sudden reaction.

The original poster of the clip went as far as to compare the evasive maneuvers to an automated car when it is about to hit something.

The comparison may not be worth it to delve too deep. However, this encounter may prove that UFOs are real and that they’re incredibly aware of their surroundings to the point where a mere laser can instantly alert them as they essentially attempt to evade it at all cost.