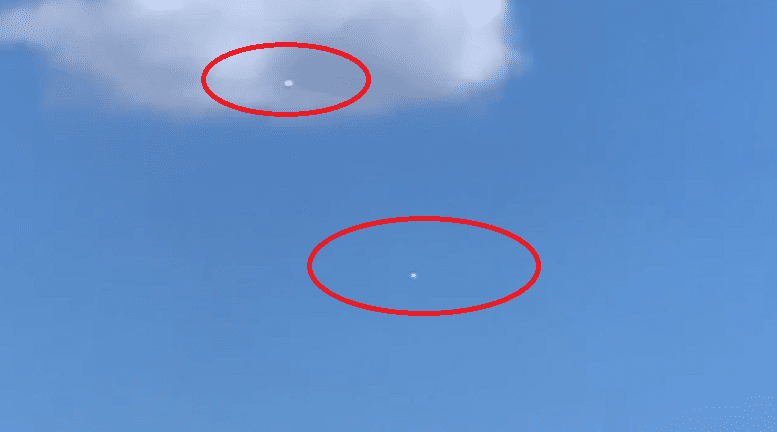 This was filmed today over Sydney, Australia!

Witness report: About 11am 28/09/2020 two office associates noticed a round silver object moving at steady pace from north to south coming from about above the Gladesville area. After returning from getting a phone to record the object we noticed a second object high in the sky about Balmain/ Pyrmont area. The two objects began to slowly dance about in the sky by a cloud and one began to tumble forward whilst the other moved straight up into and through the cloud. Both objects were very shiny they caught and reflected the sun brightly. The objects continued this behavior for about 10 minutes and disappeared. This area is directly in the flight path from Sydney airport. They were far too small to be areoplanes and they were too round and without a tail or visible rotor to be helicopters. I don’t believe they were drones as they were about the size of a small (pinky) fingernail to the naked eye.